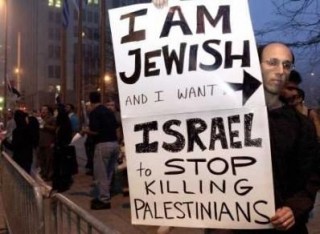 On behalf of Zionism’s colonial project in Palestine  writer Isi Leibler was verbally crucifying one of Britain’s most influential Jewish leaders for daring to go public with his criticism of Netanyahu and saying, among other things, that Israel’s policies and actions were harming the best interests of British Jews, and by implication non-Israeli Jews everywhere.

The target of Leibler’s attack was Mick Davis. For those who don’t know about him, he is b-i-g in business.

He’s the CEO of Xstrata, a major global diversified mining group (alloys, coal, copper, nickel and zinc) which is listed on the London and Swiss stock exchanges and, in the words of the group’s mission statement, has “the single aim of delivering industry-leading returns for our shareholders”. But there’s much more to Mick Davis than that.

He is the chairman of Anglo Jewry’s United Jewish Israel Appeal (UJIA). That’s the principal fund-raising institution for Israel of the UK Jewish community. He also heads a body known as the Jewish Leadership Council (JLC). This was described by Leibler as essentially comprised of “a group of wealthy British Jews and their acolytes who, by virtue of their financial largesse, assume a dominant influence on many levels of communal life.” Leibler added (my emphasis): “The power represented by their collective wealth enables them not to be accountable to anyone and few would dare question their policies.”

Leibler acknowledged that many Jews are critical of Israeli governments but Davis, he wrote, “brazenly incites his fellow Jews to criticize Israel.” Leibler went on:

While occupying the role of chairman of the UIJA resident in London, he had the chutzpa to berate the Israeli prime minister ‘for lacking the courage to take the steps’ to advance the peace process, arguing that ‘I don’t understand the lack of strategy in Israel.’ He also employed the terminology of our enemies, predicting an ‘apartheid state’ unless Israel was able to achieve a two-state solution – unashamedly blaming Israelis rather than Palestinians for being the obstacle to peace.

Davis, Leibler added, was not only implying “that Israel is responsible for the anti-Semitism he is encountering,” He was also “effectively warning that when considering defense issues which may have life-or-death implications for Israelis, the government must be sure not to create problems for him in his non-Jewish social circles. From his London mansion, he blithely brushes aside suicide bombers, rockets launched against our children and the threat of nuclear annihilation because his gentile friends might complain about the behaviour of his Israeli friends.”

The notion that Israel faces the threat of nuclear annihilation is Zionist propaganda nonsense on stilts and there was more of it. “Emanating from a Jewish leader in the anti-Semitic UK environment in which campaigns to boycott and delegitimize Israel are at an all-time high, and at a time when Israel is under siege and fighting for its existence, it (Davis’ contribution to debate) surely represents a level of unprecedented vulgarity.”

Then I had to laugh. Davis’ latest outburst, Leibler wrote, “is neither intellectually challenging nor persuasive.” So why then, I asked myself, was Leibler bothering to address it and, by so doing, give it the oxygen of publicity?

The answer is that Leibler is right about one thing. In Palestine that became Israel mainly as a consequence of Zionist terrorism and ethnic cleansing, Zionism is under siege, but not from Arab or other Muslim hordes. Israel is under siege because of its racist policies and criminal actions. Put another way, more and more citizens of the world (if not their governments) are beginning to understand that Zionism’s in-Israel leaders are not interested in peace on terms the vast majority of Palestinians and most other Arabs and Muslims everywhere could just about accept.

Even more to the point is that a growing if still smallish number of the Jews of the world are beginning to understand two things. One, even if they cannot bring themselves to read it, is that there is substance to the title of my book Zionism: The Real Enemy of the Jews. The other is the danger (in my view extreme danger) of the rising tide of anti-Israelism being transformed at a point into violent anti-Semitism if they, the Jews of the world and American and European Jews in particular, are perceived as being complicit in Zionism’s crimes.

It might be too late save Israelis brainwashed by Zionist propaganda from themselves, but it’s not yet too late for the Jews of the world to save themselves from Zionism’s colonial enterprise and all the evils that came and are still with it.

If the de-Zionization of Anglo Jewry and possibly even Western Jewry in general is underway, I think the following question should be asked. What, if anything, can the Gentiles among whom most Jews live do to encourage the process?

I’ve changed my mind again and now think the idea for a New Covenant should be back on the agenda.

For their part of the deal the Jews of the world would commit to making common cause with rational Israelis for the purpose of de-Zionizing Israel/Palestine. The Gentiles for their part would commit to slaying the monster of anti-Semitism. As I noted in my original text: “An undertaking to let the monster die in its sleep would not be good enough. There would have to be evidence that a stake was being driven into its heart.”

Why, really, do I believe that such a covenant – in spirit at least – is a good and necessary idea?

The main reason for the silence of the Jews of the world is the unspeakable fear – the product of persecution through the centuries and, after the Nazi holocaust, Zionism’s manipulation of the fear – that another great turning against them is inevitable. That being so, if only in their sub-consciousness, they perceive the need for Israel as their refuge of last resort. So say nothing and do nothing that could assist Israel’s enemies and put that insurance policy at risk.

It follows that if the Jews of the world are to play their necessary part in de-Zionizing Israel/Palestine, they need to be reassured about their security and wellbeing in the lands in which they live. For most Jews these are the nations of the mainly Gentile world. (Most of the Arabs and other Muslims who also live in these lands have always known the difference between Judaism and Zionism. Most Gentiles don’t know).

I have just viewed a 15-minute trailer for Mustafa Barghouti’s documentary Our Story. It contains some details which I think invite the conclusion that Israel’s occupation is not only illegal but wicked. The whole documentary should be essential viewing for all Jews everywhere. And I hope that Jews who do see it will be enraged enough to make common cause with Mick Davis and others with integrity and courage who are speaking out.  To order the film on DVD, send requests to [email protected] or call on +972 599 9 400 73