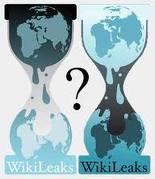 What is Tel Aviv to do now that it’s known Israelis and pro-Israelis ‘fixed’ the intelligence that induced the U.S. to war in Iraq?

Fool me once, shame on you. Fool me twice, shame on me. Con me consistently for six decades and the relationship is over, as is Israel’s credibility as a legitimate nation state.

Tel Aviv knows this. But what can the Zionist state do about it?

Shine the spotlight on Washington to take it off Tel Aviv. That’s good old-fashioned psy-ops.  And challenge the credibility of the U.S. That’s Wikileaks.

Any credible forensics would start by asking: to whose benefit? Then look to means, motive and opportunity plus the presence of stable nation-state intelligence inside the U.S.

Other than Israel, who else is a credible candidate? Notice how quickly Israel’s role in the peace process vanished from the news. Now it’s Iran, Iran and more Iran. To whose benefit?

Tel Aviv knows that the phony intelligence on Iraq leads to those skilled at waging war “by way of deception”—the motto of the Israeli Mossad.

Wikileaks are noteworthy for what’s missing: the absence of any material damaging to Israeli goals.

But still Tel Aviv faces an unprecedented peril: transparency. Americans know they were duped. And Israel rightly fears that Americans will soon realize by whom.

Tepid Support will not Suffice

Obama has behaved as anticipated by those who produced his presidency. Anyone surprised at the lack of change in U.S. policy in the Middle East fails to grasp the power of the Israel lobby.

Did he hesitate to support their latest Israeli strategy for scuttling peace negotiations? Absent peace, the U.S. will continue to be the target of those outraged at America’s unflinching support for Israel’s thuggish behavior in pursuit of its expansionist goals.

Confirming the lobby’s influence, Netanyahu announced he would not agree to halt settlements on Palestinian land until Obama reduced to writing a $3 billion bribe.

In return for a proposed 90-day freeze, what form of bribe will America provide? Twenty F-35 jets at $150 million each plus parts, maintenance, training and armaments.

That’s $231 million per week or $1,373,626 per hour. What will the U.S. receive in return? A temporary partial freeze on settlements. How many more times can this ruse work?

Israel has evaded a peace agreement since it drove Palestinians from their land in 1948 and seized more land in 1967 to shape today’s geopolitics.

Should Israel reach an agreement with the Palestinians, Secretary of State Hillary Clinton proposes a “comprehensive security agreement.” At what cost no one knows. The U.S. Congress has already budgeted $30 billion for Israel over 10 years. This latest $3 billion is on top of that.

That doesn’t include the cost to American credibility posed by an offer to veto U.N. recognition of Palestine as a state. And a pledge Never Again to pressure Israel on settlements. Plus the freeze omits East Jerusalem where Tel Aviv insists on moving ahead with new housing starts.

By scheduling its latest incursion into Gaza between Christmas 2008 and the January 2009 Obama inaugural, Tel Aviv ensured only muted opposition during political down time in the U.S. Thus it came as no surprise to see an agent provocateur operation on Thanksgiving Day 2010 as Israel demolished a West Bank Mosque and a Palestinian village.

After seven hours of nonstop talks, Hillary Clinton praised Netanyahu as a “peacemaker.” In return, he agreed only to “continue the process.” Meanwhile, U.S. elections marked a major victory for Israel when incoming Republican Majority Leader Eric Cantor, a Jewish Zionist, announced that the new majority would “serve as a check on the Obama administration.”

Wikileaks’ release of confidential diplomatic cables provides Israel an opportunity to undermine U.S. relations worldwide while also inflicting lasting damage on U.S. interests in the Middle East. After this, what nation would trust the U.S. to maintain a confidence?

This may signal the beginning of the end for the Obama presidency his domestic policy failures are eclipsed by his failures in foreign policy.

This may also signal pre-staging for the 2012 presidential primary with a weakened Obama forced to name Clinton as his running mate or stepping aside so she can lead the ballot.

Her 2008 presidential campaign promised recognition of Israel as a “Jewish state” and promised an “undivided Jerusalem as the capital.” Tel Aviv was elated. A second Clinton presidency would ensure another victory for Israel—and no peace.