Home World WikiLeaks and the Sound of Silence

Only time will tell if this traction suffices to take the “coalition of the willing” from Iraq and Afghanistan into Iran. 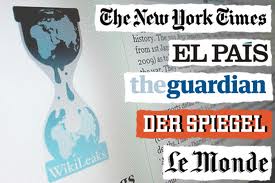 The scope and scale of WikiLeaks is a marvel to behold. Some praise it as the ultimate form of democracy. Others as the epitome of the most sacred of liberty’s principles: the right to know.

Yet the real story here is not what’s revealed but what’s withheld. The marvel is not what we now know but what is already known that is left unsaid. And what is given an interpretive spin by those newspapers granted priority access.

Take for example the release of diplomatic cables on the August 2008 war between Georgia and Russia and the interpretative gloss given by The New York Times.

Ashkenazi General David Kezerashvili returned to Georgia from Tel Aviv to lead an assault on separatists in South Ossetia with the support of Israeli arms and Israeli training. That crisis reignited Cold War tensions between the U.S. and Russia.

Then as now, it appeared there was a possibility of resolving Israel’s six-decade occupation of Palestine. At that time, The Quartet was coordinating the peace-making efforts of Russia and the U.S. along with the European Union and the United Nations.

Tel Aviv was not pleased.

Then as now, efforts to broker a peace were thwarted by creating a crisis within a coalition of those willing to invest their geopolitical capital to end a conflict that has long served its Zionist purpose as a source of other conflicts.

The resulting rift between the U.S. and Russia ensured some well-timed entropy and reduced the possibility of ending a decades-long occupation. Then as now, that occupation must end to bring peace to the region.

The Sound of Silence

Without that broader context, it’s not possible to isolate the motivation for that well-timed war. Yet the cables released by WikiLeaks say nothing about that. Nor does The New York Times.

Nor do the cables mention Tel Aviv’s interest in a pipeline across Georgia meant to move Caspian oil through Turkey and on to Eurasia, using Israel as a fee-collecting intermediary.

As with so much that is left “un-leaked,” the silence is telling.

What is leaked is accurately reported: “Official Georgian versions of events were passed to Washington largely unchallenged.” Yet The Times says nothing about the undisclosed bias motivating that behavior. That silence is deceptive. 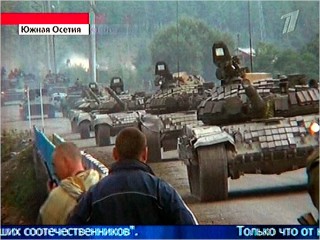 Instead Times reporter C.J. Chivers notes only that the bombardments by Georgia of South Ossetia “plunged Georgia into war, pitting the West against Russia in a standoff over both Russian military actions and the behavior of a small nation that the United States had helped arm and train.”

Now as then, there’s no mention in the paper of record of the role played by an Ashkenazi general, the Israeli training of Georgian troops or the arms and equipment that Israel provided.

Tel Aviv must be pleased.

The Greatest Threat to Peace

The Times notes “the reliance on one-sided information” as Georgian President Saakashvili told the U.S. Ambassador “the Russians are out to take over Georgia and install a new regime.”

After the Russian Army dealt the Israeli-trained Georgians a quick defeat, President George W. Bush, as the U.S. economy was sliding into a recession, announced a $1 billion aid package to help Georgia rebuild. Rest assured those funds were borrowed.

In the netherworld where Colonial Zionists excel in catalyzing well-timed crises and generating interest-bearing debt, WikiLeaks has already achieved iconic status. Much as The Quartet faded into memory, the peace talks that showed promise just last week have been displaced by talk of yet another crisis—with Iran.

For those skilled at gaining traction for a storyline and then advancing a narrative, WikiLeaks is akin to a script doctor. With The Clash of Civilizations losing traction, this latest crisis helped put it back on track.

Only time will tell if this traction suffices to take the “coalition of the willing” from Iraq and Afghanistan into Iran. Occasionally those played for the fool turn their attention to the deceiver. An October 2003 poll of 7,500 respondents in the European Union found that Israel was considered the greatest threat to world peace.

The U.S. military is not without considerable knowledge confirming the common source of the fixed intelligence that induced America to invade Iraq.

With the Israel lobby seeking to induce the U.S. into Iran, events may take an unprecedented turn. A coalition of the willing might well be persuaded to secure Palestine along its 1967 borders with troops deployed to protect Jerusalem as a site of significance to three major faith traditions.

Should the U.S. Commander-in-Chief decide to earn his Nobel peace prize, he may order U.S. troops to secure the only known nuclear arsenal in the Middle East.

Tel Aviv will not be pleased.

About the Author: Jeff Gates is author of Guilt By Association – How Deception and Self-Deceit Took America to War.

This is the fourth in a series chronicling the disinformation/espionage component of WikiLeaks. The first three are posted online. See the links below.