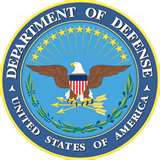 (Via Government Executive Magazine) – During the past decade 767,290 active-duty military personnel have received a diagnosis for a mental health disorder, according to a series of reports released by the Armed Forces Health Surveillance Center in Silver Spring, Md. Overall, from January 2000 through December 2009, such diagnoses increased 60 percent.The center also reported that mental health disorders rank as the top cause of hospitalization for male service members and the second cause of hospitalization for women after pregnancy-related conditions. The Army topped the number of admissions.

This includes a sharp increase in mental health disorder diagnoses from 78,658 active-duty troops in 2003, or 5.6 percent of the force, to 123,374, or 8.5 percent of the force in 2009, which reflects the increase in troops deployed to Afghanistan or Iraq, the report said. This upsurge reflects the “increasing psychological toll” combat operations had on deployed troops, the center said.

To put the numbers in context, the center noted a recently completed national survey that showed at least one half of all adult Americans will meet the criteria for a mental disorder diagnosis sometime in their life, and that “clearly the large and growing problem of mental disorders among military members reflects to some extent the similar experience of the general U.S .population.”

The report that examined the prevalence of five mental disorders — post-traumatic stress disorder, major depression, bipolar disorder, alcohol dependence and substance dependence — found that from 2007 through the second quarter of 2010, the Army had the highest rates of new diagnoses for these disorders while the Air Force the lowest.

The only exceptions were in 2007, 2008 and the first two quarters of 2010, when the Marine Corps exceeded the Army in rates of new diagnoses for alcohol dependence.

The Army also had the highest percentage of troops on active duty with prior mental health diagnoses, 10 percent versus 5.7 percent of Marines. The 10-year study noted “the overall incidences of mental disorders were higher in the Army than in any of the other services.”

The Health Surveillance Center also examined the effect of childbirth and deployment on the mental health of female troops and determined mental disorders were linked to early deployment after childbirth. The rate of mental disorders diagnosed within six months of returning from deployment was 37 percent higher among women who had deployed within six months of giving birth compared with women who had deployed later after giving birth.

Gen. Peter Chiarelli, the Army’s vice chief of staff, acknowledged the connection between mental health problems, alcohol and substance abuse, and troop suicides at a Pentagon news briefing in July when the service released its comprehensive report on suicide in the Army. (

That report said, “”No one could have foreseen the impact of nine years of war on our leaders and soldiers,” including PTSD and other mental health problems.

According to Tom Vande Burgt, an Army National Guard veteran who served in Iraq and runs the PTSD peer support group Lest We Forget in Charleston, W.Va., with his wife Diane, the mental health reports did not make any attempt to link the abuse of drugs and alcohol to the rise in prescription drugs given to troops diagnosed with PTSD.

The center reports also do not detail the Defense Department’s treatment methods for mental health problems. But a June 2010 report from the Department of Defense Pharmacoeconomic Center at Fort Sam Houston, Texas, shows 20 percent of active-duty personnel are on high-risk medications, including psychotropic and anti-depressant medications used to treat mental health problems.

Paul Sullivan, executive director of Veterans for Common Sense, said he is “highly alarmed the military continues reporting record mental health and suicide statistics.” Sullivan added, “As suicides skyrocket and drug use soars, top military leaders need to be held accountable for their failures to care properly for our troops.”

The Health Surveillance Center noted the data it used to compile its reports resulted in lower estimates for mental health disorders, such as PTSD, than previous reports widely disseminated in the media. The rates of mental health disorder found by the center are not directly comparable to other published rates and the reports generated by the data do not examine the relationship between deployments and mental health, which is something future reports will explore, the center said.

Information in the reports was drawn from health records maintained in the Defense Medical Surveillance System, which documents visits to military hospitals and clinics and civilian facilities covered by military insurance plans. The reports did not include medical facilities serving deployed troops, but included the 39 percent of the force that has not deployed to a combat zone during the past decade.

The information in the reports, which is based on a formal diagnosis entered into an electronic health record, showed an overall PTSD rate of 9.2 percent versus previous reports, which showed a 12 percent or higher rate.

The Health Surveillance Center said previous studies relied on self-reported data in post-deployment health assessments, anonymous questionnaires and retrospective interviews in which service members affirm or deny the presence of symptoms associated with mental health disorders. Such screening does not carry the weight of formal diagnosis.

The center said its reports document the incidence of mental health disorders for all 1.4 million active-duty personnel and did not focus solely on the those who have served in a combat zone, which it cited as a risk factor for most, if not all, mental disorders.

The reports also did not contain data about the mental health of National Guard and reserve members who have served combat tours. Nor did they take into account the barriers to care, such as a shortage of military mental health personnel and the stigma that keeps troops from reporting mental health problems and seeking help.

As a result, the Health Surveillance Center said its reports “very likely underestimate the true incidence and prevalence” of mental health disorders in the military.