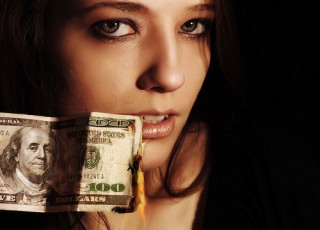 For-profit colleges are reaping hundreds of millions of dollars in federal higher-education aid for military personnel and veterans, a Democratic senator reported Thursday.

The money represents a fast-growing source of revenue for an industry now scrutinized because of allegations that its students are often overloaded with debt and fail to obtain jobs whose salaries justify the tuition. The colleges reject those claims.

Sen. Tom Harkin (D-Iowa), who issued the report and is chairman of the Committee on Health, Education, Labor and Pensions, said the funding trend “raises serious questions about the share of military educational benefits that go to for-profit schools that have very poor outcomes.”

Republicans, who have often defended the industry, said all sectors of higher education – public and private – deserve closer scrutiny.

Retired Army Col. Garland Williams, an associate regional vice president with the for-profit University of Phoenix, said Harkin drew the wrong conclusions. He said that if the university did not offer “a high-quality education, I wouldn’t be doing it.”

The Education Department is considering regulations to force for-profit colleges to show that their graduates obtain “gainful employment.” Some federal aid could be cut off for those that fail to meet proposed standards. The industry is fighting the plan.

On Thursday, a military veteran named Roger Betancourt joined Harkin on a conference call. Betancourt said a Kaplan University recruiter hounded him to enroll even though he was unsure about his eligibility for veterans’ aid. Betancourt said he wound up $2,300 in debt and no benefits. “It’s been an overall bad experience,” he said.

Kaplan spokesman Mark Harrad said Betancourt had apparently used up his veterans’ education benefits before he applied to Kaplan University. He indicated otherwise on his VA application in our files, and we proceeded to enroll him accordingly.” Harrad said Betancourt took one course at no charge but did not pay for two other courses he completed before withdrawing in July 2009.