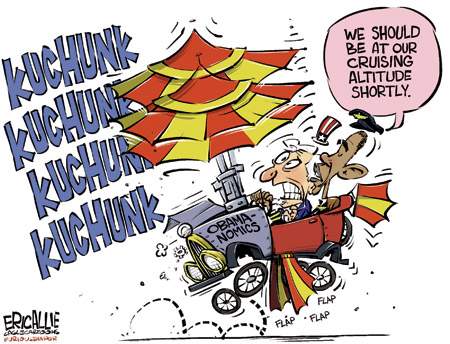 President Obama’s Change We Can Believe in Has Become Sorry Joke, Only Ones Laughing are Financial Elite

Out of America’s current moral malaise must arise a leader who can both challenge Obama in the 2012 Primaries and unite the betrayed electorate who voted for true change in 2008: Allen L Roland

It’s time to stop wishful thinking and realize that President Obama has no interest in fulfilling the progressive agenda he rode to election in 2008. Let’s get something straight ~ Obama answers to Wall Street and the financial elite and is already much more concerned about his re-election than his incredibly expensive failed War or Occupation of Afghanistan, the sorry state of our economy, the 17% unemployment rate and his recent vote of no confidence in the 2010 mid-term election.

Obama lives in an Oval office bubble which deflects all criticism or self analysis and replaces it with infuriating self righteousness and defensive attacks on his progressive base or those who don’t agree with him. But the hard reality is that Obama was chosen by the financial elite and answers primarily to Wall Street ~ liberals and middle class be damned!

Obama is still under the mistaken impression that Americans voted to throw out the Republicans in 2008 and completely ignored the electorate demand for real versus token change. He still doesn’t realize that in many ways he is a lame duck president with a rapidly vanishing progressive and Independent base.

Professor Stanley Aronowitz spoke knowingly of this immense malaise tormenting American society in late October of this year ~ just before the mid-term election ~ “The underlying problem in all of this is that citizens have discovered – thanks to the management of the financial/economic crisis – that their powers are reduced, that the oligarchy, that Wall Street, continues to dispossess them ever more. That has been exacerbated by the bailout of the financial system, of the big banks and insurance companies. People feel they’ve been swindled.

Everything happens above their heads without their getting a word in. They feel, without being able to articulate it more precisely, that they don’t have the democratic political system they need. They can’t express that because all the parties are in on the swindle … so, they follow those who deliberately depart from the accepted script and play on their emotions by throwing them the red meat of “too much government,’ the Washington establishment or more classical scapegoats such as immigrants…

People believe that the economic system has exploded into bits. And they think that the political system is incapable of finding a way out, that there’s no one to defend them, to protect them from the disaster. You know that we have three million families confronted with foreclosure. We have a real level of unemployment that sits above 17 percent of the active population.

And there’s no real political will to come to grips with these ultrasensitive questions, apart from a few exceptions that confirm the rule, such as the actions taken by Elizabeth Warren, who works in the Obama administration on consumer protection issues. The government itself is in question, hence the rise in receptiveness to the Republicans’ and the Tea Party’s anti-government or reduced-government demagoguery. ”Read more

However, out of our current American malaise and inept presidential leadership is emerging outspoken leaders ~ such as Independent Senator Bernie Sanders of Vermont ~ who spells out the class war that now exists in America and the reality of who is winning in this economy and who is losing ~ for example from 1980 to 2005, 80% of all new income went to the top 1% of population and now the super rich want to hold on to their Bush tax cuts with Obama’s blessing.

Right now, I’d support Bernie Sanders in a general primary or election against Barack Obama because Sanders is tuned into the American people. Obama, on the other hand, is completely tuned out ~ witness his ongoing attacks on liberals, calling them sanctimonious, and then publicly criticizing their support for the late and blatantly ignored public option. Catch the irony ~ while Bernie Sanders filibusters on the Senate floor on the obvious injustices of our current economy, President Obama trots out our original Democratic centrist snake oil salesman, Bill Clinton, to sell Obama’s ill advised tax cut sell out to the financial elite ~ which includes Clinton himself. No wonder they are all laughing ~ it’s all a corporate money game and we are obviously not part of it.

But America was apparently listening to Bernie’s over eight hour truth telling ~ News Web sites like CNN.com live-streamed the proceedings on the floor, as did Mr. Sanders’ own Web site. According to The Huffington Post, that video stream “became so popular that it temporarily shut down the Senate video server.” In addition, C-SPAN was treating Mr. Sanders’ speech as the top story on its Web site Friday evening.

Hell hath no fury like a betrayed electorate and President Obama has just heard the first shot across the bow of his badly listing ship of state. As Michael Moore said ~ “Rather than an ally, the Obama administration has shown itself to be an implacable enemy of reform.”

According to the latest McClatchy Newspapers-Marist poll, Obama’s approval ratings are so low that Republican Mitt Romney would beat him if the 2012 Presidential election was held today ~ but I predict that Obama will probably lose to a serious progressive challenger in the 2012 Presidential primaries.

It’s time for a revolution and as George Orwell said ~ “By revolution we become more ourselves, not less”

Allen L Roland is a practicing psychotherapist, author and lecturer who also shares a daily political and social commentary on his weblog and website allenroland.com He also guest hosts a monthly national radio show TRUTHTALK on www.conscioustalk.net