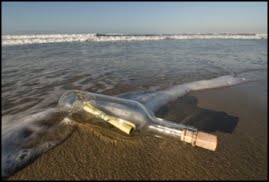 An Appeal to the International Community

By Sibel Edmonds for VT and BoilingFrogsPost

In this urgent message delivered by ultra snail method of delivery due to restrictions placed upon our communication means (warrantless mass surveillance by our government targeting our telephone, text messages, e-mail, fax, and internet accessibility) we, American citizens, hereby urgently request that the recipients on the other side of the Atlantic and Pacific add our desperately repressed nation to their list of qualified political refugee nations and or raise their existing annual quota for US political refugees. We not only meet but surpass the United Nations 1967 Protocol Relating to the Status of Refugees on the grounds of political opinion and membership and or participation in any particular social group or social activities.

We Americans, every single one of us, are treated as potential terrorists, are considered guilty with no way to prove otherwise. We all are subjected to round the clock surveillance (phone, e-mail, fax, text, internet accessibility; with internet activities soon to be monitored and restricted), and degrading physical probing-groping searches as mandatory requirements for our travel.

We United States Citizens have been deprived of expressing collective dissent even through the most peaceful means and pacifist manner. Our participation or membership in social groups or gathering that challenge illegal wars or anti humanitarian practices land us on our government’s never-defined ‘enemy & terrorist’ list, with consequences ranging from being prohibited from traveling by air, to having our homes raided and families intimidated by armed government militia, to being persecuted and thrown before a federal grand jury to face possible incarceration for our beliefs.

We now face prosecution, persecution , and even possible assassination for engaging in certain journalistic or Good Samaritan reporting of wrong-unethical-even illegal activities by those trusted with our nation’s health, wealth, and security. This situation now is being extended to those of us who may have read or disseminated information originally gathered and distributed by others. Today our whistleblowers are thrown behind bars, while our criminals who engage in robbing our taxpayers of billions of dollars, or, those who engage in torture and murder games are highly protected and handsomely awarded by our rulers.

We urge you to remember the Stasi and the suffocating repression suffered by the East Germans, and then, go ahead and multiply that by a four digit number of your choice. Any number will do, that is, as long as it has four digits. Our technology-enabled Stasis can tap and record hundreds of millions of communications. Our rulers’ mega corporate collaborators can pull the plug on hundreds of thousands of us with no recourse available or even imaginable. On top of all that, unlike those lucky East German-ers we don’t have a meager little wall to overcome, nor do we have a viable, trust-worthy, or sovereign enough neighbor nation next door to escape to. Our frigid northern neighbor is as keen on outlaw style assassination as our ruthless rulers. As for our southern neighbor? First we’d have to make it to the other side of the border by surviving armed citizen-soldiers who can easily mistake those of us with dark hair for Mexicans to be hunted. Next, we have to survive the Mexican drug gang-police combination who may easily perceive us as competitors in their Narc-Territory. As you can see, the chances of our survival there are slim to none.

We implore you to grant us Americans ‘High Priority Political Asylum’ Status. At least consider a swapping arrangement whereby your high-level criminals, con artists, professional swindlers, and or psychotic serial torturers are sent here where they can find an agreeable working-practicing environment and unlimited government protection and rewards, and in exchange those of us in search of a reasonable degree of freedom and justice would be given asylum in your nations.

We the Freedom-Seeking Americans

This article was originally published at Boiling Frogs Post.