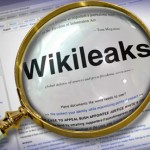 Wikileaks leaks arrived on the scene at a very interesting time.

So Julian Assange is in prison, for now. There appears to be no case against him that any authority in their right mind would waste time on, unless the goal is to simply prolong the drama, which it may well be. Wikileaks leaks arrived on the scene at a very interesting time. In the US, unemployment at record levels (22% at least), massive numbers of foreclosures and $trillions of taxpayers money given to save the banks from their own greed. In Europe, similar ‘banking crises’ brought on government ‘austerity’ measures whereby the people would bail out the banks with the only currency really worth anything – the sweat of our brows and our standard of living. Human currency is the real ‘wealth’ of any nation or government on this planet.

So millions protested and called strikes in Greece, France, the UK, Ireland etc. Such demonstrations of people power are perhaps the only weapons we have left against the corrupt elite of this world. Of course, it is knowledge of the extent of the blatant lies and corruption of the elite that galvanise the people to act in this way, and therefore the right of the people to know what their government is doing is fundamental. The principle on which Wikileaks acts, therefore, is to be supported to the last. I do have a small problem with the current Wikileaks issue however and that is the massive media coverage that it is garnering. I find little in the leaks themselves to warrant such prolonged media exposure, and, from my reading of public comments on the contents of the leaks themselves, I don’t see them leading to any sort of massive public demonstrations. We can only hope that they will encourage more and better leaks so that the truth will finally be known and that may lead to action in the public sector.

As a result of having copious evidence to hand regarding the reality of government conspiracies aimed at manipulating public opinion, I have to admit also to being somewhat conspiracy-minded. It’s a weakness, I know. But bear with me, I have a few questions to put to you; I’ll answer a few of them, but feel free to come up with your own theories of the conspiratorial ilk or not:

Manipulating public opinion – does anyone disagree that all governments engage in this to one extent or another?

If yes, why does the government wish to manipulate public opinion?

Public opinion is just another term for public knowledge, and manipulation usually involves some form of lying. So we can say that manipulation of public opinion is really a euphemistic way of saying ‘lying to the public to prevent them from knowing the truth about something’. Ok, but why? Why should any government wish (or need) to do this? The obvious answer seems to be that such a policy is only necessary when a government engages in activities that it knows the public would not accept and that if said activities were exposed, that exposure might result in some sort of public reaction, possibly even revolt and social upheaval and the loss of the elite’s privileged positions.

If you don’t think this is a reasonable conclusion, feel free to enlighten me on any other interpretations in the comments section.

My next question is, if you imagine yourself in the position of one of these government-types, say a member of the US government, what do you see in regard to the state of public opinion in the US and the world today? (I include ‘in the world’ because the US is clearly an Empire and its strategic interests are global in nature).

Here’s what I see: I see a population, especially in what is called the ‘First World’, that is awakening to the fact that their governments DO keep secrets and DO lie in order to prevent them from knowing the truth. Now, I’m not suggesting that we are on the cusp of some new-age global awakening, I don’t see swords being turned into ploughshares and lions and lambs lying down together any time soon, but what I do see is a tangible maturation in the level of popular discourse as regards governments. This maturing is manifesting naturally as skepticism. This is a very good thing. The are probably a few different reasons for this development, but chief among them, I think, are the events of the last ten years.

Even if it was never made explicit by the mainstream media, only the most credulous magical thinkers among the population can have avoided the conclusion that the US, Israeli and British governments justified the Iraq invasion with bare-faced lies. Not just, mistakes, or misunderstandings or ‘we acted on the intelligence that was available to us’, but conscious bloody lies aimed at ‘manipulating public opinion’; and they were largely successful. When Iraqi WMDs failed to manifest themselves, a lot of people settled for the rather childish: “well, Saddam was a bad man, and we were right to get rid of him for Iraqi freedom”. But now, 7 years later, even that rationale has been shot full of holes, along with the 1.5 million Iraqi victims and a country so ruined that its people look back on the Saddam years with nostalgia.

Then of course there is Afghanistan. With entire villages of civilians regularly flattened into the dust, the ‘hunt for Osama’ excuse begins to wear very thin indeed. When juxtaposed against the ‘sudden discovery’ in Afghanistan (actually several years old) of $1 trillion in natural resources, many are beginning to see that the war in Afghanistan is not the protection of their freedoms but a special mix of Imperial hubris and Imperial plunder that is daily being paid for by the lives of young men.

And what of the ‘terrorist threat’? Recently that has been more of a domestic issue than a foreign one, particularly in the USA. Fascist airport procedures justified by ink cartridge bombs of dubious origin and FBI setups have begun to dull the edge of the fear that ‘Islamic terrorism’ formerly provoked, and has begun to raise troubling questions about what the real nature of that ‘terrorist threat’ is. This last idea, taken too far, might also lead to more focus on that question of questions – 9/11…

Now, as an imaginary member of the global elite, I would be far from happy with these global public awareness stakes, and while I would understand that I cannot turn the clock back and undo it all, neither would I accept defeat. I would instead attempt to contain, channel and misdirect that awareness. I would, in fact, do precisely what a real member of the global elite proposed two years ago.

Often mentioned as a likely Obama nominee to the Supreme Court, Sunstein is currently Obama’s head of the Office of Information and Regulatory Affairs where, among other things, he is responsible for “overseeing policies relating to privacy, information quality, and statistical programs.” In 2008, while at Harvard Law School, Sunstein co-wrote a truly pernicious paper proposing that the U.S. Government employ teams of covert agents and pseudo-“independent” advocates to “cognitively infiltrate” online groups and websites — as well as other activist groups — which advocate views that Sunstein deems “false conspiracy theories” about the Government. This would be designed to increase citizens’ faith in government officials and undermine the credibility of conspiracists. …

Sunstein advocates that the Government’s stealth infiltration should be accomplished by sending covert agents into “chat rooms, online social networks, or even real-space groups.” He also proposes that the Government make secret payments to so-called “independent” credible voices to bolster the Government’s messaging (on the ground that those who don’t believe government sources will be more inclined to listen to those who appear independent while secretly acting on behalf of the Government). This program would target those advocating false “conspiracy theories,” which they define to mean: “an attempt to explain an event or practice by reference to the machinations of powerful people, who have also managed to conceal their role. (SOURCE)

Is it a conspiracy too far to suggest that Wikileaks, through no fault of Assange, has been the victim of Cass Sunstein and the Obama administration’s plot to ‘cognitively infiltrate online social networks’ to ‘bolster the Government’s messaging (on the grounds that those who don’t believe government sources will be more inclined to listen to those who appear independent while secretly acting on behalf of the Government‘? Am I being a wild-eyed conspiracy theorist to ponder (publicly) whether or not the leaking of documents that expose US government spying at the UN etc. is, to the US government, worth the price in embarrassment if it directs public awareness to relatively safe conspiracies and thereby prevents a real grass-roots and therefore out of control (from the elite’s perspective) rebellion based on the public’s awareness of much more serious government crimes?

Maybe it is, and time will tell. But I can still ponder such things and still support and even expand on the principle on which Wikileaks (for example) was founded: the fundamental right of we the people to know everything that our leaders do ‘in our name’. After all, time and time again the best laid plans of the Devil turn to dust when those who are pure in heart grow stronger and wiser as a consequence. If Wikileaks inspires others to step forward with truth, then it will be as in Faust, where the Devil’s evil has once again caused a good he did not intend.