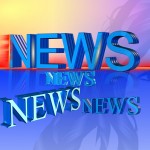 As I have said before I am not ready to analyze or talk about Wikileaks’ recent exposé. It’s still too early, and so far too little with too insignificant implications has been released. I am still waiting for the highly revealing, explosive, and or severely implicating cables; if any. What I want to do, however, is to briefly discuss Wikileaks’ strategy in releasing the documents, so far, and to get your two cents on it. In fact, I want to briefly discuss the exact reason why I haven’t even begun delving into this so far released material. My major concerns and questions regarding Wikileaks’ strategy are as follows:

Based on the well-established and well-known mainstream media attention curve, isn’t it self-defeating and damaging to begin the cables release with a jumble of highly inconsequential and insignificant documents with little or no implications? Why not use the peak media attention period for the most significant and highly explosive information with even greater implications? Isn’t this like serving too many so-so appetizers before the main course of high gastronomical value, and waste the best part on full and bloated diners?

From a risk management perspective, isn’t it way too risky to start the dissemination with unimportant and insignificant material, and provide the enemies (governments) with ample opportunity to strike back, interfere, block, and or destroy the ‘real’ prized material of great consequence? Why not start the release with the most explosive and highly incriminating documents as one major way of reducing the risk of potential interruption and or destruction?

Granted there’s so much I don’t know. There may be a method to this madness. They may have a very clever strategy obscured from my angle of view. The purpose may be other than what has met the eye thus far. As you can see there still exist way too many unanswered questions, mind-boggling methodologies, and head-scratching strategies, for me to open my humble mouth to issue a personal statement or a verdict. I go on impatiently waiting. How about you?

This piece was originally published at Boiling Frogs Post.