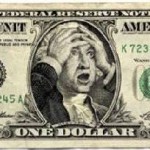 This timely article is not a satire or an allegory. Notwithstanding, the complete U.S. magic of compound interest conditioning and jingoistic marketing of 20th Century flawed and systemic corrupt banking and financial markets dynamic is difficult to digest.   Reaction to this criminal dynamic is complete rage total disconnect and disbelief that any subject theme dare attempt to expose the blatant reality and contrast between American enonomic and financial criminal corruption, from the highest pinnacles of achievement and successs, against the historical factual evidence of American documented self anointed reverse victims, by their very own admitted extreme lazy intellect failures.

Entitlements austerity and compound interest are typical misnomers or deceptions repeated by c.1910 private banking baron cartels.  Private bank monopoly’s have absolute control and operate virtually unchallenged.  Cartels that circumvent the US Constitution unaccountable and above any laws exist primarily for the theft and confiscation of the entire global labors, property, and hard assets.  By the absolute power over; interest rates, future taxes, rigged markets, control of fiat worthless paper contracts or promissory notes, ownership value of US Treasury government debt, and ‘We the People’ collateral.

Michael Hudson article:  “The very first course in economics –starting in high school, followed up in college and then refined in graduate school – should explain to students why it is false to believe the advertisement that Wall Street has been trying to sell for the past half century: The deceptive promise that an economy can get rich off the mathematical “magic of compound interest.” The unreality of this promise should be immediately apparent by looking at the math of exponential growth. The “magic of compound interest” refers to the tendency of savings to double and redouble exponentially, with a matching rise in what debtors owe on the other side of the balance sheet. The power to indebt others to oneself can be achieved by free credit creation. However, the resulting mushrooming exponential growth in indebtedness must collapse at the point where its interest and other carrying charges (now augmented by exorbitant late fees, bounced-check fees, credit-card costs and other penalties) absorb the entire economic surplus”

Controlling interest rates enables the theft and confiscation of;  prices, contracts of all global commodities, natural resources, illegal drugs, petroleum oil, precious metals, gold, silver, war, invasions, and occupations of other Nations. “For Wall Street’s billionaires, the Pentagon’s warmongers, and Washington’s most shamelessly corrupt, there has been no greater gift than Obama and his presidency.” Posted by Larry Chin Global Research

“The Fed doled out $12.3 trillion in near-zero interest loans, using the American people as collateral, demanding nothing in return, other than a bunch of toxic assets in some cases. They only gave this money to a select group of insiders, at a time when very few had any money because all these same insiders and speculators crashed the system. Any fairytale notions that we are living in a nation built on the rule of law and of the global economy being based on free market principles has now been exposed as just that, a fairytale.” Posted by David Degraw Amped Status

US Treasury officials and counter party’s, the corrupt bureaucratic apparatus financial banking baron parasites “Wailing Wall Street Band of Quislings” Posted by Opinion Maker and crony farcical mainstream media $10 figure over medicated shills and clowns on a whim create scams.  Crony pretext capitalists promoting the false concept of imaginary government ownership of citizenry labors and wealth by using the false narrative of imaginary gifts or entitlements.. “All wealth is the product of labor” John Locke.   Therefore, the private Fed bank cartels circumventing the US Treasury ‘We the People’ by control of future taxation, forced inflation, rigged markets and interest rates confiscates wealth and labor over decades.  Subsequently, by implementing withholding taxes private bank barons confiscate citizenry labors.  Withholding taxes that cannot arbitrarily, at some future date, claim ownership control under the deceptive term ‘government entitlement.’  Taxes forcibly taken over a lifetime of labor which are mandated by law to be returned to citizenry as a social safety net.  Citizenry lifetime of labor and wealth is not a future imaginary or arbitrary gift that is owned by an ambiguous entity or corrupt bureaucratic apparatus.

Consequently, entitlement is just one government politics of deflection scam to complete the masses of citizenry delusions. ‘We the People’ are constantly reminded that the Social Security Medicare funds will be exhausted in future years’   Correct, because the confiscation scam is the fundamental root cause of illusions, deceptions, and distractions.  American citizenry lifetime ownership accumulation of wealth, labors, assets, and property is a manufactured false narrative correlated to guaranteed return on investment or ROI.  The bureaucratic apparatus transfers Social Security ROI labor and wealth into a manufactured bureaucratic theft referred to by the misnomer ‘Government Entitlement.’

Wall Street oligarchs eying Social Security article by Dr Paul Craig Roberts writes “Hank Paulson, the Gold Sachs bankster/U.S. Treasury Secretary, who deregulated the financial system, caused a world crisis that wrecked the prospects of foreign banks and governments, caused millions of Americans to lose retirement savings, homes, and jobs, and left taxpayers burdened with multi-trillions of dollars of new U.S. debt, is still not in jail. He is writing in the New York Times urging that the mess he caused be fixed by taking away from working Americans the Social Security and Medicare for which they have paid in earmarked taxes all their working lives.”

The theft of labor and property of ‘We the People’ $1 trillions of imaginary collateral.  Would have had to commence the confiscation of labor and property at $1 million daily soon after Rome was founded and continue for 2,738 years until today… Then it should be no surprise that contentious zombie supreme predatory political and racketeering economic systems that refuse to provide health care, public services or financial opportunity to its own citizenry is resorting to war against peace war against humanity and genocidal militarism using the diversion of reverse methodologies and patriotic parody hysteria.

Unaccountable above the law, in a desperate effort to feed its insatiable appetite for imperial divide conquer world conquest. ‘Divide et Imperia’ Julius Casear 53BC.  “This is a big week for the decline and fall of our society. It’s not like we’ve bet the ranch on the Senate vote on the Obama tax compromise/cave in. But the proposal may be the beginning of the end of Social Security as we were promised it. Obama made a deal for a one year tax holiday on the employee contribution to Social Security”. Posted by Michael Collins

All pyramid power structures and impending scams by laws of nature and mathematics cannot sustain itself over time and inevitably collapses. “The Greatest Rippoff of The Century the 401K” Posted by Lawrence Kotlicoff.  All pension plans are government tax deferred scams and thefts.  Retirement schemes are not tax free, so you have the dual confiscations and thefts of rigged interest rates and market control along with future inflation and taxes increasing over time that results in eating away all your labor and principal down to zero.  Thereby creating systemic colossal demise and death warrant for the future by an independent bank cartel.  American double standards hypocrisy is calculated, designed, manufactured, to result in great failure by cadres of medicated shills, underachievers, self anointed reverse victims, and Too Big To Fails. This is the reality of 21st Century America decline and fall of empire an imposed tragedy.

Documented and self admitted ‘Too Big To Fail’ underachievers testify to their proud arrogant reverse victim lazy intellect before the bought and paid for Congress.  Simultaneously, Americans have a delusional sense of incorrect distorted historic factual events and financial shams which they repeat to themselves. Magic of compound interest parody over and over for self assurance to deal with the reality of U.S. financial and empire zero sum scams .

“Signs that the American swineherds are preparing to abandon their own herd by imposing an austerity program on it are displayed in the report of Obama’s Deficit Reduction Commission and the insistence of our Republican Congressmen that spending on “entitlements” either be reduced or paid for while spending on wars, foreign aid, and the military be allowed to continue and even increase without any provisions whatsoever for paying for them. The only conclusion that can be drawn is that warfare and foreign aid are necessary economic principals while the American people have fallen into that group of economically irrelevant people that those like Andrew Mellon would have the government liquidate. So the unemployed should be allowed to starve, and the ill should be allowed to perish—both of which principles are perfectly consistent with the “morality” of classical economics.” Posted by Prof John Kozy Global research