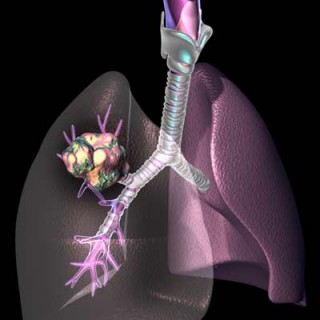 Veterans both Agent Orange and Gulf War Veterans need to pay attention! One of our own a LtCol steps forward to do his part to speak up and to be heard. Information and Communication is critical. Any officer can tell you how important – C3 I- was in military duties and so it continues into our veterans lives to further the flow of critical information in order to leave none of our fellow soldiers or veterans in the dark. Lt Col Charles T. Horner III stepped forward with the power of the written word and it behooves us to repeat and further the communication channel to a wider circle. News media still do not cover the issue of soldier and veteans health and how important it is to cover this issue. Lt Col Horner covers the potential exposures for the Vietnam and the Gulf War Veterans 1990-91.

Ask for a CT Scan at the VA now! It is up to you to be your own best advocate! It is up to you to play it forward by doing your part and communicate the information to other veterans, to their family members, and to other veteran organizations. It is your duty! Got a face book page post it on your notes section or link to it in your status. Got a reunion group or send out Christmas cards or communicate periodically send this article!

Are you a member of other groups, take the effort and communicate on health issues that affect veterans. Write a letter to the editor of your local newspaper. Forward the information to your local television news station and talk shows on the radio and ask for them to share the information.

Make it a Christmas Wish and a New Years’ resolution to help make a difference!

Too many vets victimized by lung cancer

When I joined the Army, I did so to serve my country.  As a Vietnam veteran, I now find myself fighting a battle a bit closer to home: lung cancer.

Lung cancer is the most deadly form of cancer and the second leading cause of death in this country. Veterans face twice the incidences of lung cancer as civilian populations, yet still smoke at a rate that is 50 percent greater. In an ideal world, you would never start smoking but, as anyone who has served in combat knows, that environment encourages rather than discourages smoking. While quitting smoking can reduce lung cancer risks, former smokers remain at very high risk for many years.

In 1987, the Department of Veterans Affairs led one of the first studies to document disparity in lung cancer incidence and mortality. The study found that former Marine ground troops in Vietnam died of lung cancer at a 58 percent higher rate than Marines who did not serve in the war. Today the VA has acknowledged that exposure to Agent Orange is a contributor to those Vietnam veterans diagnosed with lung cancer.

Environmental factors associated with lung cancer are grossly underestimated. At the direction of Congress, the Institute of Medicine began studying the health impact of Gulf War exposure to depleted uranium, the residue left after nuclear-grade uranium is extracted. Like radon, which is the second leading cause of lung cancer, depleted uranium, used in weapons and armor shielding, can give off radioactive products of decay that can be carcinogenic. While the first Institute of Medicine report in 2000 found insufficient evidence of a definite link to lung cancer, the 2008 update report now assigns “high priority” to continued review of the link with lung cancer. The institute has also been reviewing the impact of exposure to fuel exhausts, smoke from burning oil wells, kerosene cookers and heaters in enclosed tents and other battlefield emissions. The “strongest finding” was the association of combustion products and lung cancer.

Only 16 percent of lung cancer patients are currently diagnosed at a stage when they can be treated and cured; the symptoms for the disease are usually too difficult to detect until it’s too late. I was extremely fortunate in that I was diagnosed at an early stage. After extensive radiation and chemotherapy my surgeon was able to operate to remove the tumors. Researchers believe that the only way to improve the curability rate for lung cancer and drive down associated costs is to increase early detection and treatment options for patients.

Rapid advances in imaging technology are now giving those at high risk for lung cancer their best option for detecting the disease at its earliest, most treatable and most curable stage. Released earlier this month were the results of the National Lung Screening Trial conducted by the National Cancer Institute. The study found that low-dose computer tomography, or CT, screening can reduce the number of lung cancer deaths in a high-risk population by as much as 20 percent. The National Cancer Institute’s findings confirm the results of previous research that had proven that CT scans for high-risk patients can detect lung cancer when up to 92 percent of cases can be cured.

Despite these advancements and the deadliness of this disease, lung cancer research remains the lowest-funded cancer. Congress has recognized that military beneficiaries are in the highest risk category for lung cancer and has provided leadership in this area by appropriating funding to the Department of Defense for early detection. Unfortunately, DOD has dragged its feet in implementing this lifesaving screening initiative. The VA currently spends more than $1 billion a year to treat lung cancer.

Patient concern over the lack of available funding and data for lung cancer research has been the driving force behind the creation of a database that marks the first time that CT scans linked to personal data have been available for open research access on the Web. The Give-A-Scan program, launched by the Lung Cancer Alliance, enables patients to donate their CT chest scans and treatment information to a website that researchers worldwide can access. Improving the number, size and quality of CT scan open archives will improve research into the detection and treatment of this disease.

As servicemen and servicewomen, it’s our job to take action. Veterans must speak with their health care providers about risk factors associated with lung cancer and any symptoms they may be experiencing. It is important to discuss with your physician the pros and cons of a CT scan and get scanned only at centers experienced in lung cancer diagnosis. Donating your scan to the Give-a-Scan program will only improve research access to valuable information that could ultimately save your life.

This November, as part of Lung Cancer Awareness Month, I urge you to take a stand against this disease, get scanned and help prevent lung cancer from claiming another veteran’s life.