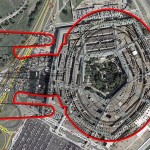 Running a very similar version of a story that first appeared on the NPR website, Stars And Stripes (12/21) says that “despite pressure from Congress and the recommendations of military and civilian experts, the Pentagon’s health plan for troops and many veterans does not to cover” cognitive rehabilitation therapy — a “limitation that could affect…tens of thousands of service members who have suffered brain damage while fighting in Iraq and Afghanistan.”

While officials with Tricare “say the scientific evidence does not justify providing comprehensive cognitive rehabilitation,” an investigation conducted by NPR and ProPublica “found that Tricare officials have privately worried about the high cost of cognitive rehabilitation, which can cost $15,000 to $50,000 per soldier. With tens of thousands of troops and veterans suffering long-term symptoms from head injuries, treatment costs could quickly soar into the hundreds of millions, even billions of dollars – a crippling additional burden on the military’s overtaxed medical system.”
The NPR(12/21, Miller, Zwerdling) website profiles cognitive rehabilitation therapy provided by “Project Share, a charity to help brain-damaged soldiers.” NPR says “providing the kind of care available at Project Share to even the small percentage of brain-damaged soldiers who need it would require a tremendous commitment of time and money from military and veteran medical systems.” ProPublica (12/21) runs the same story.
Intrepid Center “Making Difference” In Lives Of Wounded. The American Forces Press Service(12/21, Miles) reports, “When it officially opened its doors in June, the National Intrepid Center of Excellence at the National Naval Medical Center” in Bethesda, Maryland, “set out to provide a new level of care for warfighters suffering traumatic brain injuries and psychological disorders. Six months later,” the $65 million center, a “gift from the Intrepid Fallen Heroes Fund,” is “making a difference in the lives of servicemembers struggling to deal with the unseen, signature wounds of war with hopes they can continue their military service.”
Researchers Develop Shock Wave Exposure Patch. According to the current edition of the Army Times (12/27, 104K), researchers with the Center for Brain Injury and Repair at the University of Pennsylvania School of Medicine have “created a patch that, when attached to a service member’s helmet, can signal exposure to shock waves from a bomb.” The researchers “plan to calibrate the color change of the badge to indicate the intensity of the blast so medics will immediately know the potential harm to the brain.”
Researcher Suggests “Surge Against Brain Disease” May Be Needed. In an op-ed for the “Congress Blog” of The Hill(12/21, 21K), Dr. Stephen N. Xenakis, who founded a “nonprofit conducting research on brain-related diseases,” says an “epidemic” facing the US is the “disabling legacy” that improvised explosive devices (IEDs) and post-traumatic stress disorder have on Iraq and Afghanistan veterans. According to Xenakis, blast “concussions from IEDs contribute to homelessness, suicide, unemployment, fractured families, and weaken the fighting force.” Xenakis concludes, “It may be time for the White House to engage in the Surge Against Brain Disease.”