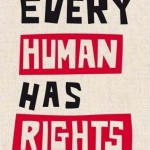 On December 9, prisoners numbering in the thousands in more than six Georgia state prisons took the bold and brave step of uniting across many boundaries — racial, religious, and cultural – to go on strike against inhuman conditions that endanger not only themselves but their families and the communities to which they will eventually return. Among the prisoners’ demands are nutritional meals, increased access to their families, and just and fair parole decisions.

By Annette Warren Dickerson at the Center for Constitutional Rights (CCR)

Since then, many people of conscience have acted to show their support for these prisoners and their human rights. As a member of CCR’s caring and active community, you can join Bill Quigley, Noam Chomsky, Van Jones, Professor Michelle Alexander and hundreds of other human rights defenders who are showing their support by signing this statement of solidarity and passing it along to family and friends. The statement was written by the Human Rights Coalition, a group of former prisoners, prisoners’ families and supporters.

The U.S. government’s total disregard for the humanity and dignity of prisoners and the often brutal conditions they live under is in violation of the United Nations Convention Against Torture and Other Cruel, Inhuman and Degrading Treatment, the International Covenant on Civil and Political Rights, and the Standard Minimum Rules for the Treatment of Prisoners.

Please stand with the striking prisoners to demand justice and accountability: your endorsement of the solidarity statement will send a strong message that we demand much more from this government.

As always, your support for CCR and your courage in fighting alongside us is deeply appreciated. Thank you.