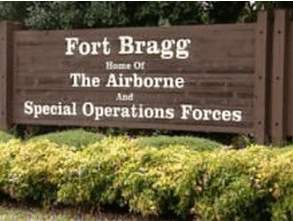 There is a hidden war going on in this country that few are talking about. While news reports finally spread the growing crisis of veterans returning home with PTSD, seeing their lives fall apart, these cases are usually attributed to combat operations. A few days ago Dana Morgan, President of Point Man Ministries, and I were talking about this other hidden crisis. The soldiers sent for humanitarian relief operations are more affected by what they witness.

FAYETTEVILLE, N.C. — A man who shot himself Thursday outside the Fayetteville Police Administrative Building was a Fort Bragg soldier, according to the post.

Spc. Freddy J. Hook, 20, of Maurice, La., was a healthcare specialist with Company C, 407th Brigade Support Battalion, 2nd Brigade Combat Team. He had been stationed at Fort Bragg since Sept. 2009. His most recent deployment was for earthquake relief in Haiti in January.

This happens. What they see is not something they can fight against. There is no battle plan to defeat a natural disaster. They also see death on a massive scale followed by suffering survivors waiting for help.

There were troops sent to Pakistan 26th Marine Expeditionary Unit and this mission was very hard on them. They were prepared to go into combat. These battle hardened Marines along with Soldiers, National Guards and Reservists already cut deeply by combat operations have been sent to help after natural disasters and these disasters hit them harder.

December 26, 2004 Tsunami
The first survey of language use in the People’s Republic of China reveals that 53% of its population can communicate in Standard Mandarin, the official spoken language of the country. (China Daily)
An earthquake of magnitude 9.3, the strongest earthquake in 40 years, strikes in the Indian Ocean off the western coast of Sumatra. While initial reports state that the resulting tsunamis killed approximately 100 people, by the end of the day 250,000 people in coastal areas of Thailand, Sri Lanka, the Maldives, India, Bangladesh, Burma, Indonesia and Malaysia had been reported dead or missing. Tremors are also felt as far as Singapore, eastern countries of Africa, and north-western Australia. A state of emergency is declared in Sri Lanka, where over 31,000 people are feared dead

While missions into Bosnia began long ago, many assume these operations ended but as you can see in this August report, Idaho Air National Guard leaves a piece of Boise in Bosnia these missions go on.

There is the type of PTSD that strikes survivors with one event in their lives. A fire, an accident, a crime or one natural disaster can cause PTSD after one single event. Responders have a different type of PTSD because they are involved in many traumatic events. This type hits emergency responders and firefighters. Then there is another type that strikes law enforcement personnel and military. They are witnesses, survivors, responders and participants in the traumatic event itself.

Responders need special training to be able to assist after disasters but too many of the young men and women sent to respond with humanitarian aid have not been prepared for what they will witness. Combat is something that happens in another country, not back home where their families live. Natural disasters happen all over the world and they know it could happen back home where they live. When National Guards and Reservists are sent to respond to events back home, they pay a heavy price as well. Many of the citizen soldiers deployed into combat are also responders back home in law enforcement and as firefighters.

“The value of the sword is not that it falls, but rather, that it hangs.”

Their Sword of Damocles hangs by a thinning thread. How much can a human endure without paying a psychological price? How long can they hang onto hope that things will get better, believe they are making a difference in this world or that they matter to the rest of the country when no one seems to care how much they have to go through? Knowing redeployments increased the risk of PTSD by 50% the military still sent them back multiple times. Most of the time they were redeployed with medications. This extra sense of being dispensable added to the damage done because their lives were of such little regard. Then when they were no longer in the military they had to fight yet another battle for treatment and compensation so that they may live as close to a normal life as possible, without having to lose their homes when they could no longer work. All in all the disaster that we should all fear is when more and more come home needing help that few others are able to understand and even less are ready to provide.

Yet here is an update about this story

This is from an interview with his sister, Brittany Hook with Fayetteville Observer and picked up by Military.com.

Decorated medic
Freddy Hook was a medic who earned a host of medals in his two years with the Army. His sister said he graduated second or third in his medical training class and was among the youngest Soldiers to ever complete the program.
She said her brother also was among the first Soldiers to respond to the devastating earthquake in Haiti last year, spending six to eight weeks there helping treat the sick and injured, dispose of bodies and keep the peace. It was his only deployment.
“I know he felt good about what he was doing, to help people,” she said.
Freddy Hook always was helping someone, she said.

This was a soldier who cared and wanted to make a difference. It is also one of the reasons he paid a price for caring.

He was given medication to “help” him but as with too many cases the drugs can do more harm than good.

Drugs prescribed
Brittany Hook said she has learned that her brother had been prescribed the antidepressants Wellbutrin and Paxil, which have been linked to an increased risk of suicide in young adults.
She said she doesn’t know how long he had been taking the drugs or who prescribed them, but she wonders whether they influenced her brother’s decision to take his life.
On Christmas, the decision was made to take Freddy Hook off life support. His organs were donated that day, helping save the life of a Soldier with kidney failure and other people.
“So far, all the recipients are doing well,” Brittany Hook said in an e-mail.
In the end, Freddy Hook saved the lives of others. He just couldn’t save himself.

So this family did everything right. They were worried about him and contacted the Chaplain. He was put on suicide watch, or at least was supposed to be watched. The DOD keeps telling us that they have the “buddy system” set up so that one soldier can watch another but that doesn’t seem to work very well. They got involved in his life doing the best they could with what they knew but the problem is, the DOD has not done the best they could and still to this day fail to learn all they should know. Families like the Hook’s grieve for yet another tragic loss of a soldier who made it back from deployment and should have been safe.