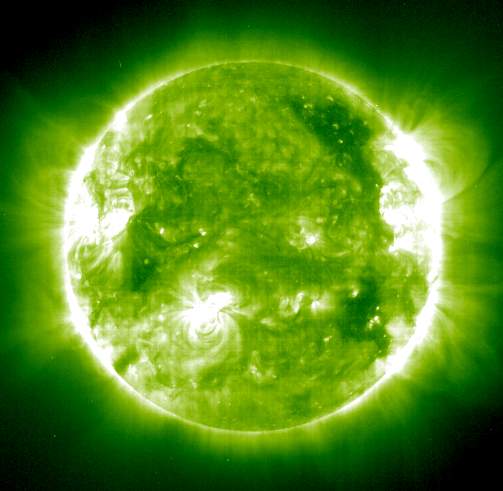 Three days before Christmas, the U.S. Congress authorized $725 billion in defense spending for 2011. Adjusted for inflation, that’s the most since 1945, the last year of World War II.

With numbers that large, making comparisons is difficult. Yet consider this. The United Nations reports that 1.5 billion people still live without electricity. For less than $100, a solar panel can power a cell phone charger and four high-efficiency LED lights.

With the U.S. humbled in Iraq, mired in Afghanistan and in danger of being drawn into Iran, is it time to replace aggression with development and firepower with solar power?

With extremism the new enemy, what’s our best defense? What if the U.S. projected its power by defending against the indignities of energy poverty and illiteracy?

Absent a strategy for addressing the roots of human indignity, it’s not clear that the war on terrorism can be won. Energy poverty is a war we know how to win.

Parents of children using solar-powered LED lights report how their grades improve when they have light for studying. While that’s not enough, it’s a good start.

Can the U.S. afford not to embrace a solar defense? If not literacy, what is the best long-term defense against extremism? For $12, a solar-powered LED system can power a desk lamp and a phone charger.

As yet, there is no business model for home-scale solar systems scattered across a continent. Large-scale solar projects are far easier to finance. Community-scale is where the Pentagon can play an immediate role.

A New Form of Defense

Women living in the Pashtun area between Pakistan and Afghanistan share similar goals. They want to charge their cell phones, power a few light bulbs and refrigerate their food.

That’s a challenge the Pentagon can meet. Solar panels can handle part of that task though not all. But again, that’s a good start. Widespread access to cell phones is also helpful.

Cell phones are fast becoming a key tool for transferring money in developing countries. Transactions seldom exceed $20. By improving personal communications, they also provide another incentive to electrify in order to recharge the phone.

Phones now feature applications able to facilitate distance education, coordinate testing and track student progress. What would be the impact of literacy and electrification on the long-term need for weapons-based defense spending? Is the enemy terrorism or indignity?

How many educations could that have financed? How many homes electrified? How many schools built? How much poverty eradicated? U.S. defense spending from 1998 through 2011 will total $7.2 trillion. What will we have to show for it?

In Defense of Empathy

Conventional defense strategy assumes we are hard-wired for aggression, violence and a radical self-interest. Yet research suggests we’re soft-wired for sociability, empathy and a drive to belong.

What is the best long-term defense against those who view us as The Other? Answer: a strategy that demonstrates U.S. sincerity in enhancing the capacity of others to flourish. Community is the relevant scale for such an initiative.

Though national governments can help coordinate, the impact must be felt at the level of the family and the neighborhood. Address unmet needs there and the impact will suppress secondary drives such as violence and aggression.

To ensure extremism, fail to address the insecurity of poverty and the vulnerability of illiteracy. An empathy strategy is the missing piece in the national security puzzle.

By demonstrating that America sees others as sojourners rather than enemies, the U.S. prepares the groundwork for lasting peace. To win at The Clash of Civilizations, Americans must show by their conduct how to create a truly empathetic civilization.

You can’t fake it. Either people have electricity or not. Their children can read and write or they cannot. Either commerce is enabled in ways relevant to communities—or not.

While it’s easy to kill, creation requires a long-term commitment. Absent an empathy component, what will change at the end of the next six decades of defense expenditures?

The U.S. can no longer afford $725 billion each year for defense, much of it borrowed. Given the poor return on our investment, it’s clear we need another strategy, one free of Zionist goals that advance behind serial conflicts and the debt incurred to fund them.

We know what to do. What’s required is the leadership to do it.

Jeff Gates is author of Guilt By Association – How Deception and Self-Deceit Took America to War. See www.criminalstate.com