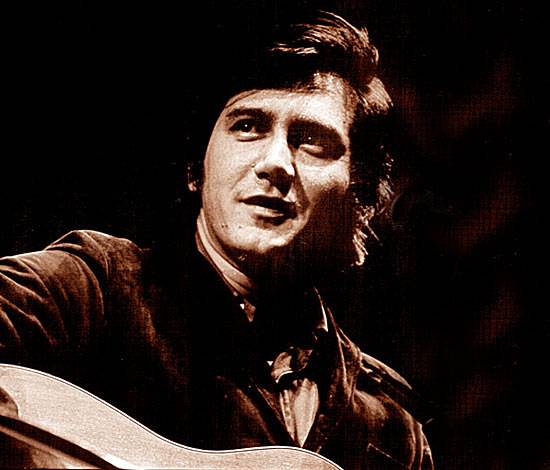 The coup de grace – pun acknowledged – was the 1973 overthrow of Salvador Allende’s democratically elected socialist government by the Chilean military in collusion with the Nixon Administration and the CIA. Phil’s friend – Chilean folksinger Victor Jara – was brutally tortured in a soccer stadium and then murdered with countless other dissenters. While Ochs had enough spirit left in him to organize a benefit for Chilean refugees that featured Dylan and others, it appears that the one-two punch of Chicago ’68 and Chile ’73 revealed the enormity and savagery of The Beast – the ruling class – and drained him of hope.

By Michael Simmons in CounterPunch

Hurricane Katrina – I can’t afford a vacation to New Orleans anyway so who cares if it washes away? I ain’t gettin’ tortured at Gitmo or Bagram so why should I give a flying Blackwater? And in all fairness, it’s asking a lot of humans with a foreclosed home and a family to feed to worry about wars and disasters in the backyards of others.

The late Phil Ochs, one of the greatest singer/songwriters of the 1960s in a rarified perch with Dylan, Joni and Cohen, wasn’t a household name but he was big enough to have affected a lot of people. Director/writer Kenneth Bowser’s powerful documentary of his life is called Phil Ochs: There But For Fortune and it’ll tweak your empathy gland while breaking your heart. Hopefully it’ll also wire and inspire the viewer to go out and demand that America live up to its self-image as a nation of people who care about others. Among the many onscreen friends and troublemakers who tout Phil’s complicated genius include Sean Penn, Paul Krassner, Ed Sanders, Van Dyke Parks, Abbie Hoffman, Christopher Hitchens, Joan Baez, Billy Bragg, Peter Yarrow, and Tom Hayden. Brother Michael Ochs (who also produced), sister Sonny, and daughter and activist Meegan Ochs provide the most personal insights.

Sit by my side, come as close as the air,
Share in a memory of gray;
Wander in my words, dream about the pictures
That I play of changes.

Green leaves of summer turn red in the fall
To brown and to yellow they fade.
And then they have to die, trapped within
the circle time parade of changes.

Scenes of my young years were warm in my mind,
Visions of shadows that shine.
Til one day I returned and found they were the
Victims of the vines of changes.

The world’s spinning madly, it drifts in the dark
Swings through a hollow of haze,
A race around the stars, a journey through
The universe ablaze with changes.

Moments of magic will glow in the night
All fears of the forest are gone
But when the morning breaks they’re swept away by
golden drops of dawn, of changes.

Passions will part to a strange melody.
As fires will sometimes burn cold.
Like petals in the wind, we’re puppets to the silver
strings of souls, of changes.

Your tears will be trembling, now we’re somewhere else,
One last cup of wine we will pour
And I’ll kiss you one more time, and leave you on
the rolling river shores of changes.

So, sit by my side, come as close as the air,
Share in a memory of gray;
Wander in my words, dream about the pictures
That I play of changes.

Born in Texas, raised in Ohio, Phil fused JFK-inspired New Frontier idealism and his natural musical ability and it led him to the guitar and New York City 1962 where folk music and left-wing politics created an army of singing rebels. Phil had a fluid, Irish tenor voice with a perfect vibrato and wrote prodigiously. The songs were ripped from the headlines, as they say, addressing the civil rights struggle (“Here’s To The State Of Mississippi”), Vietnam (“White Boots Marching In A Yellow Land”) and U.S. imperialism (“Cops Of The World”). Two of his classics — “I Ain’t Marching Anymore” and “The War Is Over” — became anthems of the anti-war movement. He also had a razor sharp sense of black humor as heard in “Outside Of A Small Circle Of Friends,” his faux-upbeat examination of apathy’s victims.

If there was a cause and an event, Phil was there in a heartbeat. “Phil would turn down a commercial job for a benefit because the benefit would reach more people,” says brother Michael. We see scene after scene of the handsome, upbeat, stiff-spined troubadour singing truth to power and joyously quipping in period interviews. A charter member of the ’60s counterculture (though not uncritical of its excesses), he helped created the Yippies with friends Hoffman, Krassner and Sanders, Jerry Rubin and Stew Albert. The Yippies’ plan for a Festival Of Life to contrast the festival of death at the 1968 Democratic Convention in Chicago resulted in blowback by the powers that be and while the whole world watched, Windy City coppers ran amuck, beating heads in, spilling buckets of blood and mocking dissent in the greatest democracy in the world. Like many, Phil was devastated. “I guess everybody goes through a certain stage of disillusionment and decides the world is not the sweet and fair place I always assumed and that justice would out,” reflected a bitter Phil after Chicago ’68. “I always thought justice would out, I no longer think that by any stretch. I don’t think fairness wins anymore.”

The festival of blood along with the murders of Martin Luther King and Bobby Kennedy were a turning point. In addition manic depression ran in his family and can be triggered by external events. Phil’s music had already begun to turn more inward and he left orthodox folk music behind in favor of more complex melodic, harmonic and lyrical composition and production. While he lost some fans at the time, in hindsight there are those (like me) who maintain that his later music equaled – even surpassed – his more well-known “protest” music. I hope one of the collateral rewards of this film is that Phil’s extraordinary baroque, contrapuntal latter recordings are unearthed and enjoyed.

By the dawn of the ’70s Ochs was drinking heavily, thrashing about while still trying to Pied Piper a movement that had grown in size but was losing its cohesion. (Perhaps, ironically, because it had grown.) He appeared at Carnegie Hall dressed in a gold lame suit, maintaining that the alchemy for an authentic American revolution would mix elements of Elvis and Che. (A certain subset of predictable folkie squares didn’t get it.) He sang ’50s rock ‘n’ roll and country music and criticized the counterculture for shoving its freak flag in Middle America’s face. He theorized that in order for the left to succeed, it needed to find common ground with its more conservative fellow citizens. This insight shows immense wisdom as well as perhaps a bit of delusional folly, but at least he was asking the right questions. (Within a few years Willie Nelson and Waylon Jennings would indeed bridge this cultural, if not political, gap.)

The coup de grace – pun acknowledged – was the 1973 overthrow of Salvador Allende’s democratically elected socialist government by the Chilean military in collusion with the Nixon Administration and the CIA. Phil’s friend – Chilean folksinger Victor Jara – was brutally tortured in a soccer stadium and then murdered with countless other dissenters. While Ochs had enough spirit left in him to organize a benefit for Chilean refugees that featured Dylan and others, it appears that the one-two punch of Chicago ’68 and Chile ’73 revealed the enormity and savagery of The Beast – the ruling class – and drained him of hope. Empathy without hope is a dark road. Despite the victories of Nixon’s ouster in ’74 and removal of U.S. troops from Vietnam a year later, Phil was ravaged by booze and bipolar illness and hung himself on April 9th, 1976.

“Not everyone has the constitution to follow his dream,” said a friend of mine about Ochs. Trying to save the world while juggling the ups and downs of manic depression is a daunting gig, one that Phil couldn’t handle. But Phil Ochs: There But For Fortune most prominently succeeds here in 2011 – in what thus far has been The Little Century Of Horrors – because it reminds us of the urgency and nobility of empathy. It’s a remarkable chronicle of one man’s pursuit of justice through music in the 20th Century while serving as a lesson for the 21st.

Phil Ochs: There But For Fortune opens at the IFC Center in New York City on Wednesday, January 5th and will be followed around North America thereafter. For a schedule, go here and for film clips go here.

Michael Simmons is a musician and journalist. He can be reached at [email protected].