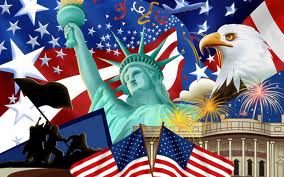 Monday, May 30th, 2011 is Memorial Day this year. I ask readers to consider attending a Memorial Day parade. Follow up with attending an American Legion, Veterans of Foreign Wars or other Veteran’s organization ceremony after the parade. Non Vets – try and attend a simple ceremony. I know one group of Vets from three (3) wars. They each wear one medal and stand back from the parade route. They follow up and attend Veterans Organization ceremonies after the parade. Again, they quietly stand back and say nothing, honoring the memory of those they served with and were KIA. Following the parade and ceremonies they all gather at the oldest ones home. A single shot of wiskey is poured for each Vet. They drink a toast to the memory of KIA buddies and say their names, put their medals away and the day for them is over. They don’t go to the beach or hold a brabecue. They remember. Memorial Day is just short of five (5) months away. Set aside any political issues you may have and honor the memory of brave Americans.

If you do not know anyone who was lost in action, remember Bravo Company 1/9. Twenty-seven of the walked out on 3 July 1967 (Operation Buffalo USMC Fight for the DMZ by Keith Nolan) – out of an entire infantry company. Remember Army Specialist 4th Class Frank Doezma. He maned an M60 machine gun and was instrumental in stopping a determined enemy attack on teh MACV compound in Hue the first night of TET 68 giving his life during the action (Fire In The Streets by Eric Hammel). Visit the CAP Veterans website and scroll through the menbers roster. Note the bold type names. They are with Specialist Doexema on the Wall in Washington D.C. In the congressional office building in Washinton D.C. the names of the KIA’s from the War on Terror have been posted. Think of them too. Most communiteis have a wall with names on it. The KIA’s of all the wars.

Remember also – young Americans of all types will always step forward and defend the United States of America – as they have always done. Sure, the holiday is months away, many Vets however, think about why the holiday exists every day and night – for the rest of their lives.