Home WarZone IMRAN KHAN: Pakistan will implode if the US does not leave... 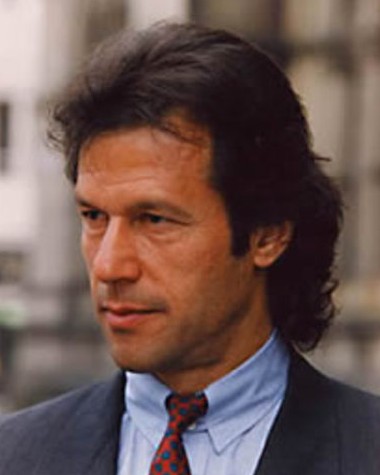 The continuing US presence in Afghanistan fuels extremism in neighbouring Pakistan

By Imran Khan for The Observer

NOTE:  I have spent time with Khan and consider him a friend.  Few if any in the world today speak with his clarity.  Were he in America, he would certainly be president, no question about it. G. Duff

There were no Pakistanis involved in 9/11 and al-Qaida was then based in Afghanistan. The only militancy we were suffering was among the tribal groups who had fought against the Soviets and whose idea of jihad was a war against foreign occupation. Yes, there was sectarian violence, but suicide bombers were unheard of.

So after 9/11, when General Musharraf chose to ally with the Americans in the “war on terror”, it was a fundamental blunder. Overnight he turned the jihadi groups created to fight foreign occupation from supporters into enemies, people prepared to fight the Pakistani army because of its support for the US invasion.

Musharraf then made a second mistake in sending the army into the tribal areas. Our own tribespeople immediately rose up in revolt. Rather than co-opting these people – and, remember, every man is armed – we made new enemies. Then along came the American drones to kill more of our people. Soon, the American “war on terror” was seen as a war on Islam by the majority of Pakistanis and certainly by the Pashtuns in the tribal areas. Terror and extremism intensified.

Every year extremism gets worse, our society becomes more radicalised and the bloodshed grows. This is how you must see the context of this assassination. Society is now so polarised that because Taseer criticised the blasphemy law he was seen as criticising Islam. But that was not what he said. This assassination would not have happened before the “war on terror”.

Imams of different sects are being killed now, and mosques and churches bombed. The fanaticism keeps getting worse. As disturbing as Taseer’s assassination is, just as disturbing is the way his assassin has become a hero. That is why this whole thing is so dangerous, it shows where we are headed.

I have been predicting this from day one. There is no military solution in Afghanistan, only dialogue, so the supreme irony is that in siding with the Americans all we have done is send the levels of violence up in Pakistan. The “war on terror” has weakened the state and then, thanks to the George Bush-sponsored National Reconciliation Ordinance in 2007, which allowed an amnesty for all the biggest political crooks, we now have the most corrupt government in our history. The “war on terror” is destroying Pakistan.

Clemenceau once said: “War is too important to be left to the generals.” He was right; for us it has been a disaster. There is incredible anti-American sentiment here, and the drone attacks only fuel that hatred. We need a change of strategy, otherwise the worst-case scenario will be achieved here; an unstable nuclear state.

It’s not a question of there being no room for moderates, it’s that moderates are being pushed towards extremism. Taseer didn’t say anything anti-Islamic, he just questioned the blasphemy law and whether it should be used to victimise innocent people. His death has caused many moderates to think there is no point in being a martyr. If it makes people such as myself think twice about what we say, then where does that leave us? We are all now at risk.

Crime in Pakistan is now at a level that breaks all records. Yet 60% of the elite police forces are now employed protecting VIPs. Where does that leave ordinary people? Young Pakistanis are being radicalised and the Taliban grow in strength. The US is no longer fighting just the Taliban, it is fighting the whole Pashtun population.

The consequences for Pakistan, with its population of 180 million, are enormous. And there is an impact, too, on Muslim youth in western countries. Graham Fuller, the CIA chief of staff in Kabul, wrote in 2007 that, if Nato left Afghanistan, Pakistan security forces could overcome terrorism and extremism. But, as long as the Americans push Pakistan to do more in the tribal areas, the situation will worsen – until Pakistan itself implodes.