Home Veterans I ain’t going to study war no more

“I ain’t going to study war no more, …. ” Heard the chords from a guitar and the angry-sounding voice of a folk singer when I walked into what was a celebration-funeral in Madison, Wisconsin marking the passing of peace activist, Sam Day in January 2001.

This is going to be cool funeral, I thought silently. It was, because Sam Day lived a life of peace action in the face of the scale of violence and imbecility that only the United States and Israel seems capable of these days. Sam Day was a fun guy.

Met Sam in 1986 while working at The Progressive Magazine in Madison where he had served as managing editor. He called me up at home one morning and asked if I wanted to go a bus trip to Missouri Knob Noster State Park, in the heart of the nuclear missile field, and sleep outside in protest of first- strike capability and in support of the nuclear missile fields that the anti-Nuke group, NukeWatch had mapped out. “Sounds like fun,” I said. “Sounds like fun?” Sam repeated. “Yeah,” I said. So, off we went by bus a couple days later.

It was fun. Good people, the Air Force guys were good sports, and I brought a 12-pack on ice, so I was happy. It rained though, and I didn’t realize how cold Missouri gets at the middle of the night in the Summer. I hate wearing a lot of clothes [camping stuff, I thought] in the Summer so I got pretty cold.

“How it’s going,” came a voice from some Air Force guy with a big fucking guy (as I recall)  waking me up at around 2:00 A.M. “Freezing my balls off, man,” I said. The guy laughed and walked on.

Whether it was working in the “1979 fight as The Progressive’s managing editor to overcome federal government attempts to censor Howard Moreland’s account of how to build an hydrogen bomb,” or as a “diligent crusader to free Mordechai Vanunu, the Israeli nuclear technician who was jailed for revealing that his country was secretly developing nuclear weaponry,” (Nichols 2001) Sam lived a fun life. So should we all try.

John Nichols wrote a good column on Sam after his death. It’s reprinted below.

From the Madison Capital Times, January 30 2001

As he had a hundred times before, Madison’s most determined activist was calling to promote another noble cause that, were it not for his rare combination of duty and optimism, might otherwise have gone without note. This time, he was looking for support from The Capital Times editorial pages for anti-nuclear weapons activists who were about to be tried for exercising their First Amendment rights in a military “no-protest zone” in northern Wisconsin.

As usual, the answer was, “Of course, Sam.” No matter how controversial or obscure the movement embraced, no one with a conscience ever feared going out on a limb to back his activist endeavors. The 74-year-old writer and activist was the Underwriter’s Laboratory of the left – if he passed the petition, joined the picket line or risked the arrest, there was never any question that the cause was just. With Sam, however, there was always some question about whether the cause would prevail.

Now that he has passed – the victim of a stroke that felled him Friday – anyone who seeks to turn this world onto a more peaceful and humane course will find their good burden heavier. That’s because Sam carried more than his share of the load.

Sam’s causes were never hopeless, and he could count more than his share of victories. His 1979 fight as The Progressive’s managing editor to overcome federal government attempts to censor Howard Moreland’s account of how to build an hydrogen bomb – the details of which had been obtained from public records – resulted in a landmark free speech precedent.

The celebrity he obtained during the H-bomb imbroglio guaranteed Sam steady work as a writer and editor. Instead, like internationally renowned historian E.P. Thompson, Sam put his pen down – for the most part – and in the early years of that dark decade went into the streets as a campaigner for peace and nuclear disarmament.

Those Cold War days were heady times for anti-nuke activists, and Sam was in the thick of it – inviting the arrests for nonviolent civil disobedience at military facilities that would ultimately land him in federal prison for six months.

With the arrival of the 1990s, the Cold War ended. Yet Sam recognized that the nuclear peril remained. So he carried on in the lonelier but no less necessary struggle to collect the peace dividend. Others moved on to the easier causes of the moment, but Sam retained an appropriate focus on the nuclear weapons that posed the greatest threat to humanity. 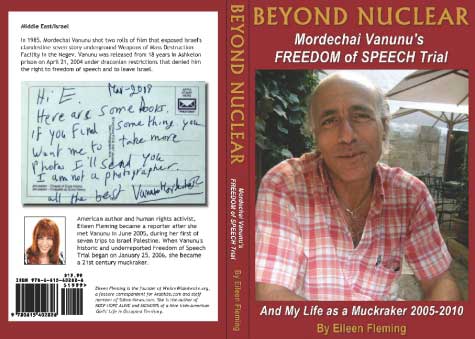 In an age of forgetting, victories were harder won. But Sam had a way of reminding us all of the lingering danger and of the injustices done in its name. He was a diligent crusader to free Mordechai Vanunu, the Israeli nuclear technician who was jailed for revealing that his country was secretly developing nuclear weaponry.

The man who had battled to blow the lid off America’s nuclear secrets knew the necessity of defending whistleblowers in other lands. Thompson, the British historian who shared Sam’s view that anti-nuclear activism was a moral imperative, referred before his death to those who battled militarism as the heroes of “a war of faith against a class of destroyers.”

Another hero has fallen. But the long and often thankless war of faith is not done; not so long as the stations of power remain occupied by destructive practitioners of a nuclear madness.