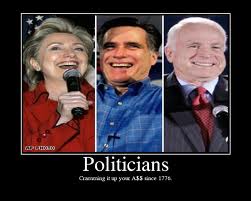 Many medial and political people within a few hours of the recent tradegy in Arizona rushed to condemm radio and television programs, politicians and hosts of various programs. Many commentators repeat over and over the offender is “mentally ill” and “unbalanced”. They complain about how the shooter was not reported to the “authorities”. I have some answers.

Events like the one in Arizona a few days ago shock people. Americans obey the law and respect other people. We live a civilized society where dispute is settleled peacefully, within the law. How then is the tradegy in Arizona explained?

Criminals choose to commit crimes. My view is the criminal responsible for the Arizona horror committed the acts by choice. It was a planned – acted out event. He got what he wanted. He is certainly the center of attention now!

Dr. Stanton Samenow in “Inside the Criminal Mind” writes, words to the effect: “Poverty, divorce, and media violence do not cause criminality. The Criminal chooses crime, … chooses to reject society long before society rejects him.” Dr. Samenow continues: “The sudden and violent crime … has been considered a case of temporary insantity because the perpetrator acts totally out of character… (and) appearance belies reality.”

The crimes in Arizona were a deliberate act of cold calculation. It had nothing to do with a talk show host, political person, television or radio program or political identification.

2. Individual honest people find themselves in a set of certain circumstances and make a poor decision on how to cope.

It is really as simple as that. Poverty, educations, parents, peers, etc can and do have an impact on people. They do not however cause murder. Those that use tragic events for political gain are beneath the scope of responsbile fair minded people.