Home Government Anyone Who can’t See that the GOP is Purposely Provoking violence is... 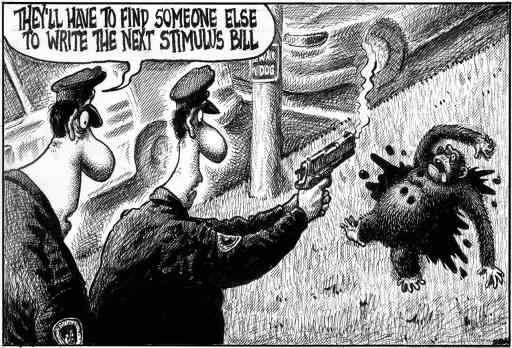 It was my intent to do part IV of my Common-Sense Plan to Save the Postal Service, but in light of the senseless shooting committed by Jared Loughner in Arizona on Saturday, January 8, and the grossly disingenuous response by the GOP, I felt that I would be unforgivably remiss if I joined much of the weak-kneed press in failing to point out that anyone who doesn’t recognize that this shooting is a direct result of the GOP’s irresponsible and concerted campaign of violent rhetoric is either a fool, complicit, or blind.
.
Let us look at the facts. Every since President entered office the GOP has been engaged in rhetoric specifically designed to provoke the unstable, feeble-minded, and radical elements of this society. In spite of the fact that President Obama has a birth certificate on file in Hawaii, and a Hawaiian newspaper carried an announcement of his birth, right-wing birthers insisted that Obama was not a United States citizen, and thus, held the office of the presidency illegally (http://www.youtube.com/watch?v=3DlTgrMCxPg&feature=related).
.
In addition, the New York Post even went so far as to publish an assassination cartoon of Obama, portrayed as a monkey, being shot by a policeman. I pointed out the following in my article, The Assassination Cartoon:
.
“I’m all for freedom of speech, but there are limits. Along with freedom comes responsibility, and the New York Post demonstrated the complete absence of responsibility with the publication of their cartoon depicting the assassination of the President of the United States.
.
“While freedom of speech and expression are indeed a cornerstone of American democracy, it is against the law to shout “fire” in a crowded theater – and with good reason. It is necessary for a free society to protect itself from those who don’t have the common sense to recognize that what they consider funny, or a practical joke, can get people killed. Thus, even in a free society it is sometimes necessary to jail a free citizen for behavior that amounts to criminal stupidity. While I’m not an attorney, I think they call it criminal negligence.
.
“That is exactly the rationale that should be used to prosecute, and jail, all those responsible for the publication of this criminally ill-considered cartoon. Most of the criticism that’s being lodged against this cartoon seems to have more to do with its incredibly poor taste. But it’s one thing to be petulant, immature, and bigoted – we expect that from ultraconservative extremists. But when you begin to advocate the assassination of the President of the United States, you’ve crossed the line – a line that separates the merely stupid, from that which is criminal.
.
“That cartoon literally sent a message out to every deadbeat, bigoted loser in the country that they can finally make something of themselves. They can finally find purpose in their previously miserable and lackluster lives by assassinating the President of the United States. Thus, what the New York Post is calling a meaningless joke is actually a clarion call to every bigoted fool in the United States. It says that there are people in this country who will consider you a hero if you bring violence against the president – and they know it. Can you imagine the hue and cry coming from Republicans if the New York Times had run a cartoon depicting the assassination of Ronald Reagan?
.
“The mere thought of perpetrating violence against the President of the United States shouldn’t even be a part of the public discourse. It serves to desensitize the public to a possibility that should be unthinkable in a civilized society. But history has clearly demonstrated that one of the most lethal weapons in the conservative arsenal is subliminal suggestion – along with suggestions that aren’t so subliminal – such as, liberals are aligned with drug dealers, criminals, and welfare cheats; Obama sympathizes with people who hate America and “pals around with terrorists”; and anyone who is against spying on American citizens, torture, or the slaughter of hundreds of thousands of innocent people is un-American. Now we have this, and they’re complaining, “What’s all the uproar about? It was just an innocent joke.”
.
Since I wrote that article in February of 2009, the Republican rhetoric has only heated up, with Republican congressman, Joe Wilson, of South Carolina calling the president a lie during a presidential address to a joint session of congress, Republican governor, Rick Perry, of Texas alluding to seceding from the union, clearly a statement designed to whip up revolutionary sentiment.
.
In addition, during the 2010 midterm election, Sharron Angle, Republican candidate for the U.S. senate from Nevada, suggested to her supporters the possibility of relying on “Second Amendment remedies,” and allusion to armed insurrection against the government. Sarah Palin told her supporters, “Don’t retreat, instead, reload.” Palin also put up a “crosshair map,” and one of the targets on that map was Congresswoman Gabrielle Giffords, the congressperson who was shot in the head critically wounded during last Saturday’s shooting. Eighteen people were wounded and six are dead, including U.S. District Judge John Roll, and 9-year-old Christina Taylor Green, the granddaughter of former pro baseball manager Dallas Green.
. 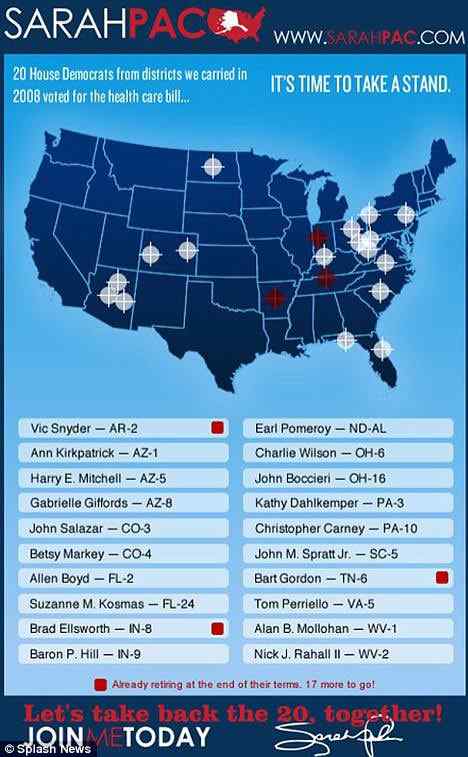 Now the Republicans are asking, what did we do?  Well, I’d like to answer that question, and without any of the wobbly-kneed equivocation that I’m hearing in the corporate media.
.
You and your corporate cronies are doing everything you can to keep the American people undereducated, miserable, frustrated, and divided.  And to insure that condition, in spite of record corporate profits, you’re sending American jobs overseas, threatening to starve the unemployed, and obstructing everything that president Obama and the few responsible politicians are trying to do to provide relief. Then you’re stirring the pot with inflammatory language in an attempt to incite insurrection in order to promote your own selfish political agenda. That’s what you’re doing, and it should be clear to anyone with eyeballs.
.
These people need to be held accountable.
.
Eric L. Wattree
wattree.blogspot.com
[email protected]
Citizens Against Reckless Middle-Class Abuse (CARMA)