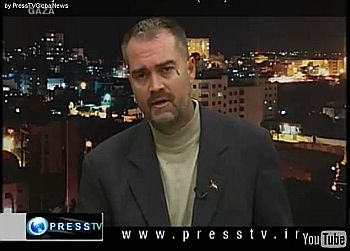 (TEHRAN / GAZA / LONDON / BEIRUT) – This edition of Press TV’s News Analysis will be looking at Israel’s latest violation in the occupied territories.

Located near the al-Aqsa mosque in the center of Sheikh Jarrah neighborhood in East Jerusalem Al Quds laid the Shepherd Hotel, a heritage symbol for Palestinians, now destroyed by Israel, as part of their on-going effort to Judaize Al Quds.

These complaints address one important yet individual aspect of an effort by Israel to eradicate not just the living homes of Palestinians in this present day; as if they have no rights at all, (which they essentially don’t in numerous respects) but also the places that represent the rich heritage of people whose culture has existed hundreds of years prior to the present conflict.

Press TV is a solid news agency based in Tehran, that has scores of staff all over the world covering news without the filters of western political and commercial influence. The agency is under fire currently in London (see: Go Go Go – By Lauren Booth Special to Salem-News.com) by right wing political press. Visiting Press TV is a good way to show your support.