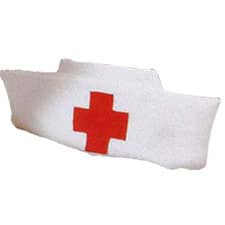 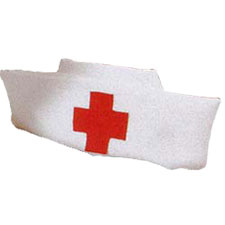 CAROL WARE DUFF MSN, BA, RN: Wakefield had plans for great monetary profit from his fraudulent research regarding MMR vaccine/autism as published in a continuing series in Medscape Medical News by Deborah Brauser.

January 13, 2011 — Andrew Wakefield, the lead author on the 1998 study that reported a link between the measles-mumps-rubella (MMR) vaccine and a new condition of regressive autism and bowel disease called autistic enterocolitis (AE), was planning to market a prestudy diagnostic testing kit with expected yearly sales of 28 million pounds (43 million US dollars), a new paper published online January 11 in the BMJ reports.

In the second of a series of 3 investigative articles examining the MMR vaccine scare, UK journalist Brian Deer reports that Mr. Wakefield planned several businesses to develop not only the new test but also immunotherapeutics and a “safer single measles shot” — which he held a patent for. Mr. Deer writes that these would only be successful if public confidence in the MMR vaccine was damaged.

There was hope of a financial gain from all these businesses that were set up and I think the important thing was that these commercial dealings were undisclosed. Some of the people at the Royal Free Hospital where Wakefield worked were involved and others were aware. Yet these dealings remained undisclosed as the vaccine scare unfolded.

“I think this new article very clearly lays out the extent of the financial motivation behind what we now know was a falsified paper,” Fiona Godlee, MD, BMJ editor-in-chief, told Medscape Medical News.

“There was hope of a financial gain from all these businesses that were set up, and I think the important thing was that these commercial dealings were undisclosed. Some of the people at the Royal Free Hospital where Wakefield worked were involved and others were aware. Yet these dealings remained undisclosed as the vaccine scare unfolded,” said Dr. Godlee.

In the first article in the BMJ series, published last week and reported by Medscape Medical News at that time, Mr. Deer reported that the investigators altered and falsified medical records of the 12 children involved. This study was published in The Lancet in 1998 and subsequently retracted early last year.

In this new article, Mr. Deer “follows the money.” He found that although the first study patient was still in the hospital, Mr. Wakefield met with managers from the Royal Free Medical School in London, England, to discuss forming a joint business. A week after publication of his research, he brought in business associates to the Royal Free to continue negotiations.

A prospectus obtained by Mr Deer that was aimed at raising an initial 700,000 pounds from investors says, “it is estimated that the initial market for the diagnostic will be litigation driven testing of patients with AE from both the UK and the USA.

“In view of the unique services offered by the company and its technology, particularly for the molecular diagnostic, the assays can command premium prices,” adds the document.

Several other businesses were planned and/or registered, including Carmel Healthcare Ltd, which was named after Mr. Wakefield’s wife.

“His magnitude of ambition was really quite surprising to find. I had no idea that there was this scale of commercial involvement,” said Dr. Godlee.

The article also explains in detail how a lawyer hoping to bring a lawsuit against vaccine manufacturers funded much of the study on the MMR vaccine.

“The lawyer…was forthright when later asked. He said he paid for The Lancet research,” writes Mr. Deer.

Other new details unearthed include the following drug industry support for Mr. Wakefield during 1999:

However, the “commercial deals” ended when Mr. Wakefield received a letter voicing concern that conflicts existed between his academic employment and involvement with Carmel, especially as “the company’s business plan appears to depend on premature, scientifically unjustified publication of results.”

Although the school offered Mr. Wakefield a year’s paid absence and help to try to replicate his results with a validated study of up to 150 patients, he did not do the work, citing a need for “academic freedom.”

He’s still promoting his ideas and I think it’s important for people to know that the science behind them is fraudulent and that he had extremely sophisticated and well-developed plans to benefit from this personally in ways that were not made apparent.

“This isn’t personal. We’re focusing on what Wakefield has done, and he has fueled a very damaging health scare,” said Dr. Godlee.

The third and final article in their series will be published next week and will focus on what happened when study concerns were first raised by Mr. Deer in 2004 and why they weren’t taken more seriously.

“None of what has appeared in the BMJ should imply for a moment that we don’t sympathize with parents making very difficult decisions. What we’re left with is that we need much better research into the cause of autism,” said Dr. Godlee.

[As a result of the Wakefield study], a generation of parents and their children have grown up afraid of vaccines, and the resulting outbreaks of measles and mumps have damaged and destroyed young lives.

In a new “Perspectives” article published online January 13 in the New England Journal of Medicine, 2 clinicians from the Mayo Clinic write that there has been opposition since the very first vaccine was introduced, with particular mistrust over the smallpox vaccine in 1910.

“Little has changed since that time, although now the antivaccinationists’ media of choice are typically television and the Internet…which are used to sway public opinion and distract attention from scientific evidence,” write Gregory A. Poland, MD, and Robert M. Jacobson, MD, from the Mayo Clinic Vaccine Research Group and the Department of Pediatric and Adolescent Medicine in Rochester, Minnesota.

“Even though more than a dozen studies have demonstrated an absence of harm from MMR vaccination, Wakefield and his supporters continue to steer the public away from the vaccine,” they add.

“As a result, a generation of parents and their children have grown up afraid of vaccines, and the resulting outbreaks of measles and mumps have damaged and destroyed young lives.”

The editorialists note several recommendations to “hasten the funeral of antivaccination campaigns,” including the following:

“We believe that antivaccinationists have done significant harm to the public health. Ultimately, society must recognize that science is not a democracy in which the side with the most votes or the loudest voices gets to decide what is right,” conclude the editorial authors.

Mr. Deer’s original investigation was funded by the Sunday Times of London and the Channel 4 television network. The current articles were funded by the BMJ. He reported receiving no other funding except for legal costs from the Medical Protection Society on behalf of Mr. Wakefield. The Perspective authors report several financial disclosures, which are listed in the original article.

is a freelance writer for Medscape.