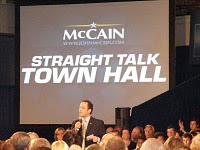 The Republican National Committee selected a new leader on Friday, with its choice, Reince Priebus of Wisconsin, the NYT reports.

So who is Reince Priebus? Priebus is a partisan, voter obstruction operative from Wisconsin who lost his bids to roll back Wisconsin’s historically progressive tradition to open and fair elections.

Priebus is the outgoing chair of Republican Party of Wisconsin and a partner with the GOP-heavy law firm, Michael Best and Friedrich (LLP), recently retained by the new GOP-led Wisconsin state legislature to redraw and gerrymander national and Wisconsin legislative districts. (The GOP legislature is not allowing democrats to have the counsel of tax-financed law firms to redraw districts.)

Priebus is known in Wisconsin political-journalistic circles for his dedicated (and so far unsuccessful) efforts to obstruct Wisconsin voters, suppressing the wrong kind of voters—black, old, and disabled. The Priebus-led voter obstruction programs are consonant with national GOP efforts to obstruct Democratically leaning voters.

In October 2008, it was reported by Mark Pitsch (Wisconsin State Journal) and WisPolitics that Priebus and Republican Wisconsin Attorney General (and McCain-Palin co-chair) J.B. Van Hollen (and Van Hollen’s top aide) met before and at the 2008 National Republican Convention in St. Paul to discuss voter obstruction efforts which would be employed by the Van Hollen-headed Wisconsin Department of Justice during the late stages of 2008 presidential campaign and on election day.

Van Hollen had denied any contacts with the Republican Party and the McCain campaign about this voting rule lawsuit, a denial that was contradicted by WisPolitics‘ reporting of an audio recording revealing Van Hollen promising legal action to Priebus on alleged “voter fraud” during an address at the Republican National Convention held in St. Paul.

In some many words, Priebus and Van Hollen lost their efforts to obstruct voters in Wisconsin in 2008.

Sumi ruled on October 23, 2008, citing precedent and federal and Wisconsin law: “‘It is evident that this court has consistently placed a premium on giving effect to the will of the voter.’ … ‘the will of the voter in terms of the ability to go to the polls, vested with the franchise’ (to vote).” … “Nothing in state or federal law requires that there be a data match (among bureaucratic listings of names) as a prerequisite for a citizen’s right to vote.” [Opinion – Order and Hearing Transcript (Case No 08CV4085)]

The GOP searches for other tools to obstruct.

After the GOP retook the Wisconsin legislature in 2010, one of the Party’s first bills introduced in 2011 is a photo ID bill that would “mean folks without driver’s licenses – disproportionately poor, minority, or elderly, would not be able to vote.” (Neil Heinen, WISC TV)

Reince Priebus must be proud.