Home Government Holy Joe Lieberman Will Not Run for Re-election 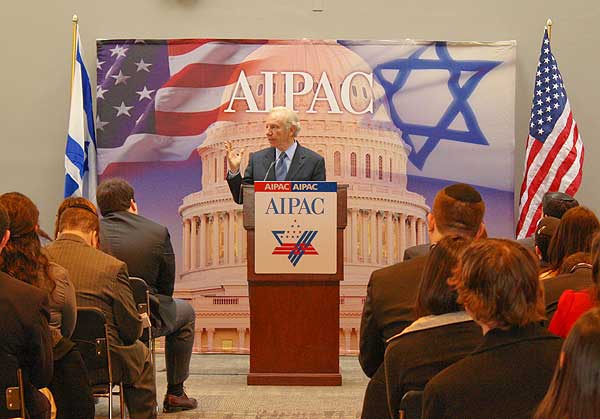 Lying, race-baiting,  infuriating, whoring excuse for an elected official who has brought disrepute on the republic.

A couple of active Democrats said they think the timing of the event, and the tone of the behind-the-scenes conversations, indicate that Lieberman wants to announce that he’s not running while there’s still speculation that he could still win if he chose to run. In other words, they said, he can pull out of the 2012 race now — before being battered by continual announcements of polls that show him sinking ever farther in his prospects.

A retirement does mean that Lieberman probably won’t begin caucusing with Republicans, and it preempts the prospect of a three-way race throwing his seat to a Republican. But will a Lieberman unconcerned with winning the favor of voters be more or less obnoxious than he is now? And what of the “Connecticut for Lieberman” party? I guess we’ll soon find out.

Picture this. It’s late at night in the late 90s and you’re watching PAX, the local Christian-owned shopping- and infomercial-dominated network. An appeal comes on urging viewers to join a burgeoning alliance of Christians and Jews in support of Israel.

Joe Lieberman has just finished lavishing praise on Rabbi Yechiel Eckstein, the man responsible for this unlikely marriage: “Rabbi Eckstein established the first dialogues in America between the Jewish community and the evangelical Christian community. He is the leader in America, probably in the world, in this important work.”

Jerry Falwell follows with a similar sentiment: “I believe that this man is doing a noble work worthy of our support and understanding.”

Pat Robertson is reportedly also featured in the video.

Your skepticism might be warranted were the video clip not in the upper right hand corner and were the links not so well-established and numerous. That’s Joe Lieberman locking arms with Jerry Falwell, who believes that Jews will go to Hell and that the Antichrist will be “a Jewish male.”

It appears to be okay for Joe Lieberman because, despite the fact that the Jews and Muslims in Israel are all going to Hell, Falwell is big enough to note that “we remain friends in support of the State of Israel as required by scripture.” Of course, politics is filled with cynical weddings, but this one puts Israel on the fast track to destruction.

Rabbi Yechiel Eckstein, founder of the International Fellowship of Christians and Jews (IFCJ), is co-founder, with Joe Lieberman, of the D.C.-based public policy outfit, Center for Jewish and Christian Values (CJCV), which seeks to “build a more moral society in America.” The CJCV is the “values” wing of the IFCJ, whose advisory board included William Bennett, Gary Bauer, and Ralph Reed, which professed to foster a Jewish-Christian dialogue and to mutually support the state of Israel. Some of the IFCJ’s crusades smack of lending Jewish support to traditional right wing Christian bogeymen, like: “[T]he Radical Left is responsible for denying children the right to religious expression in public schools.”

Eckstein, along with Lieberman, was in the vanguard of the cynical marriage of money and power between Israel’s radical right wing and America’s Christian Zionists, a marriage that has thus far included some of the most notorious (and sometimes anti-Jewish) bigots and crooks our nation has to offer: In addition to those mentioned above, there are Pat Robertson, Jerry Falwell, and the most powerful and perhaps least known: John Hagee.

It’s a seductive path, to be sure. As a New York Times profile of the Rabbi notes, his exploits have been “financed by the contributions of evangelical Christians. In the last eight years alone, an estimated 400,000 born-again donors have sent Eckstein about a quarter of a billion dollars for Jewish causes of his personal choosing. No Jew since Jesus has commanded this kind of gentile following.”

But critics, most notably Israeli writer Gershom Gorenberg, have noted that this union is a disaster for Israel, as the theology of the Christian Zionists is not simply to “support Israel,” but to lobby for complete and total Jewish control over all the land — including Palestinian land. In essence, the Israeli right wing, the Christian Zionists, and powerful supporters like Joe Lieberman are leveraging Israeli — and in some senses American — security for the benefit of power, money, theology or some combination of the three.

Several years back, the Mayor of Jerusalem established a number of organizations through which Christian Zionist cash and support could flow to the Likud Party, or Israel’s right wing. He went so far as to give the former Chilean Embassy in Jerusalem to his Christian Zionist backers to establish an International Christian Embassy there. That Mayor is now Israel’s Prime Minister, Ehud Olmert.

One of the perceived threats to Israel, and thus to the fulfillment of prophesy, is Iran. Which also happens to coincide with the Bush Administration’s policy of Regime Change and Democracy Installation in the Middle East. And voila, here’s Christians United for Israel (CUFI) founder John Hagee recently:

“the United States must join Israel in a pre-emptive military strike against Iran to fulfill God’s plan for both Israel and the West… a biblically prophesied end-time confrontation with Iran, which will lead to the Rapture, Tribulation, and Second Coming of Christ.”

And the cord has yet to be cut between Lieberman and his right wing allies, it’s just been tucked away a bit. As recently as 2005, “Senator Joseph Lieberman and former New York Mayor Rudolph Giuliani [were] presented with the Friend of Israel award,” by Rabbi Eckstein’s IFCJ, an award that went to Tom DeLay two years earlier. More recently, the Senator made a chummy appearance on Limbaugh-wannabe, Glenn Beck’s show. During that appearance, the Senator heartily agreed to every characterization made by the Muslim-bashing host, that Iranians are Nazis who have a “death wish.”

“Everything you say is true,” groaned the three term incumbent.

In a similarly passive fashion several months before that, the Senator agreed with Republican John McCain that, in the parlance of the President, “there’s only one thing worse than military action, that is a nuclear-armed Iran.”

Regarding the marriage of right wing evangelicals/dispensationalists and Jews for Israel: there’s no way to conclude beyond a shadow of a doubt that all or most of their Christian “allies” harbor the desire to see Jews converted or killed in advance of the second coming. And it’s certainly a matter of faith as to whether they’re hastening the rapture.

But in the final tally it hardly matters. The policies advocated by this unholy marriage are those destined to promote endless strife for Israelis, Palestinians, and others in the neighborhood. They are policies of domination and inequality. They are policies that privilege the well being of one population over another. In short, a recipe for disaster to be borne on the backs, not of those who live thousands of miles away, but of those who live there. And Joe Lieberman is content to just be agreeable…