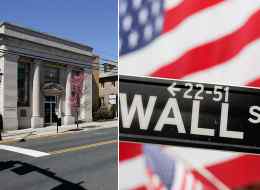 As required by Section 123 of the Dodd-Frank financial reform legislation, Treasury Secretary Tim Geithner, as chair of the Financial Stability Oversight Council (FSOC), has released an assessment on the costs and benefits of potentially limiting the size of banks and other financial institutions.  This report, four-and-a-half pages in a longer “Study of the Effects of Size and Complexity of Financial Institutions on Capital Market Efficiency and Economic Growth”, is represented as a survey of the relevant evidence that should guide policy thinking on this issue.

By Simon Johnson in the Baseline Scenario

Mr. Geithner’s team conclude rather vaguely “there are both costs and benefits to limiting bank size”, and consequently “This study will not make recommendations regarding limits on the maximum size of banks, bank holding companies, and other large financial institutions.”

This is an analytically weak report that presents a skewed and incomplete assessment of the evidence.  Given that the paper was prepared by some of the country’s top experts, who are well aware of the facts, the only reasonable inference is that our leading relevant officials prefer not to take the Dodd-Frank Act seriously with regard to reducing systemic risk.  Instead, on all major points, the Financial Stability Oversight Council is allowing the big banks to prevail – and to pursue whatever global expansion plans they see fit.

Given Treasury’s attitude during the financial reform debate of 2009-10, this is not entirely surprising.  Still there are three major issues with the substance report that should be considered particularly embarrassing to Mr. Geithner and his colleagues.

First, on whether large banks benefit the broader economy, the authors neglect to mention even the most basic facts regarding the increase in the size of our largest banks in recent years.  As a result, the entire discussion of bank size in this report reads as it is completely divorced from current economic and political realities.

The assets of Chase Manhattan in 1995 amounted to 4.1 percent of GDP.  The assets of JP Morgan Chase, as measured officially, were 14.5 percent of GDP in 2010; if we included their off-balance sheet assets (including derivatives), this total would be substantially higher.  There has been a similar increase in all the Big Six Banks.

The central issue with regard to size that should be before the FSOC is not the presence or absence of economies of scale in banking generally, i.e., whether a bank becomes more efficient as it increases from, say, $100m to $100bn in total assets.  The pressing policy priority is how to assess what has happened to efficiency within our very largest banks – and the precise way that has benefited the broader economy (or not).

Second, the report’s survey of the empirical literature is highly selective to say the least, ignoring – for example – almost all of the research we cite in 13 Bankers.  It also fails to mention the 2007 Geneva Report, “International Financial Stability,” co-authored by former Federal Reserve vice chair Roger Ferguson, which found that banking consolidation had not led to efficiency gains, economies of scale (at least above a low threshold), or economies of scope.

The report places a great deal of weight instead on a single unpublished working paper from the St. Louis Fed, by David Wheelock and Paul Wilson.  This is an interesting paper by serious researchers, and one that we placed in the context of the literature on p.212 of 13 Bankers (see also footnote 69 on p.272; all page numbers refer to the hard cover edition.)  But this paper is based on a very particular econometric specification, i.e., a way of writing down the equations that put structure on the data that is far from convincing.  In particular, it is hard – perhaps impossible – in their framework to determine the “true” efficiency of banks, compared with the effects of various kinds of government subsidies implicit in being “too big to fail” and therefore having cheaper access to funding.

In addition, the report fails to note that while the Wheelock and Wilson paper was last revised in October 2010, it uses data only through 2006.  A similar data limitation or worse holds for all the other papers that FSOC cites approvingly (e.g., by Gouhua Feng and Apostolos Serletis, who use data over 2000-05.)

Basing banking policy on data from just part of any credit cycle is unwise, to say the least (and not at all what the authors of these underlying papers are recommending).  And it is very strange that responsible officials would think we should draw any relevant inference for our current situation by cutting off the information in the mid-2000s, i.e., before the crisis and without the ability to reassess who made and who lost what kind of money (and how government bailouts affect the relevant statistics).

This is akin to saying, “let’s pretend there was no financial crisis in 2008-09.”  It makes no sense, unless you wish to view today’s megabanks in the most favorable possible light.

Third, the FSOC is completely ignoring the important work done at the Bank of England on bank size, “too big to fail,” and closely related issues.  For example, nowhere in the longer report do they cite the work of Andrew Haldane and his colleagues who have financial stability responsibilities in the UK.  The October speech by Mervyn King, governor of the Bank of England, is also a glaring omission – see my NYT Economix column last week for the details.

And it is simply shocking that the longer report nowhere cites the definitive work of Anat Admati, Peter M. DeMarzo, Martin R. Hellwig, and Paul Pfleidereron the need to greatly increase equity in the banking system, i.e., reduce leverage (debt relative to equity) through much higher capital requirements, because this is an essentially zero cost way to make financial intermediation safer.  This is central to the broader discussion of size and complexity, because it speaks directly to the issue of whether banks’ buffers against losses are likely to prove adequate as we move forward.

There is a pattern of official behavior here.  Central banks in other industrialized countries are at least beginning to confront the ideology that supports the unfettered and undercapitalized growth big banks.

In contrast, the Treasury, the Federal Reserve, and now the FSOC are distorting the evidence to accommodate the views of Jamie Dimon, Bill Daley, and other executives who want to build bigger, increasingly global, highly leveraged, and much more dangerous banks.