“An officer’s war diary to end all others.”  …Los Angeles Herald-Examiner

The three battles for Ypres claimed 1.7 million lives from 1914 to 1918, the largest human slaughter on record for a few miles of mud and shell holes.

It was also in the trenches at the second Battle of Ypres that John McCrae wrote the poem In Flanders Fields when a close friend was killed, one of 6000 Canadian gas casualties in just 48 hours. During the third battle, or Passchendaele as it is called, the British alone suffered a 911 …3000 dead, every day for ninety days. 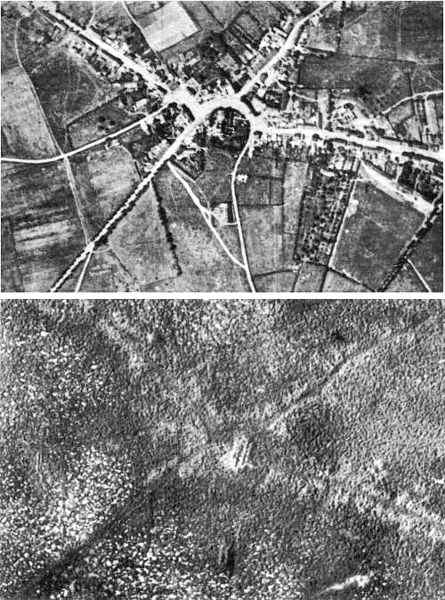 Hidden for forty years, Lt. Edwin Vaughan’s detailed battlefield diary transports us into life and death in the WWI trenches. The Imperial War Museum has several thousand Great War diaries, a lasting testament to the rule that forbid them was circumvented by soldiers seeking life after death via their journals.

We are grateful to the professional historians who collect, condense and make readable sense out of the vast complexities of war. They are great time savers for the busy casual reader. But I learned many years ago that personal diaries hold the key to feeling what it was like to be there, versus learning about it. You can discover the difference in Vaughan’s journal.

The 19 year old second lieutenant has left us not one, but many messages in a bottle about the horrors and butchery of WWI trench warfare. The General Staffs also made journal entries, like…’losses on the first day of attack, 50,000.’

Commanders who lost control of battles as artillery fire kept cutting their communications wires impatiently waited as runner after runner was dispatched to bring back a report from the lead attacking units. Most never returned. And when one finally did, only to report, ‘they’re are all gone, they’re are all gone’…the same generals who refused to believe it would send him to the shell shocked ward.

Back in England these disappearing 50,000 blocks of men had to be replaced. In the classic Colonel Repington’s two volumes of diaries (1921) we have a top war correspondent’s first hand reports of how the grim reaper roamed the hillsides, factories and townships looking more young men to feed the awaiting graves of no mans land.

Col. Repington’s work gives us a collective experience on the business of war, like factory owners and the draft commissions fighting over whether a factory worker would live or die. But Lt. Vaughan takes us right into the trenches, in an ethereal way. I had never read a diary like this, and you probably haven’t either. It is truly, a journey into hell.

We lonely crosses do stand here
As sentries for soldiers who no longer fear
The shells , the gas, the machine gun chatter
And all the bad generals… for that matter.

Devilish leaders sold their lives cheap
For some commercial gain they had hoped to reap.
And when the slaughter had reached its final day
It was the soldiers and their families who had to pay.

Here are a few excerpts that show a young soldier sipping his life like the last glass of a good bottle of wine, and wanting to share the memory when it is all gone. He wanted us to know what it was like, what he saw…what he felt. When his dugout took a direct artillery hit and he thought he have been killed in the explosion:

“It felt quite pleasant to be dead. There was such utter quiet and peacefulness. Just a light singing in my ears, restful blackness around me, and a sense of absolute freedom and abandon…”

Vaughan did not die during the war.  A doctor killed him in 1931, mistakenly injecting him with cocaine, rather than Novocaine. But he did lose his men, a lot of them, in the most unpleasant ways:

“A mine had exploded here two days before in a house used as the HQ of the 4th Gloucesters. The CO, adjutant, second in command, padre, doctor and all the staff were killed.”

“At the Epehy crossroads, we found a huge cat squatting on the chest of a dead German, eating his face. It made us sick to see it, and I sent two men to chase it away.”

“Descending again we found the skeleton of a kiddie about eight years old blown out of his grave. The dear little white skull was lying near the church steps and we picked it up and laid it with the other bones in the open grave.”

“ The track we followed skirted Lagnicourt, which is out of bounds to everybody owing to there being 2,000 dead lying in and around the village.”

Walking through a barrage:

“We continued to move steadily across that muddy waste until I realized that we were walking into a curtain of fire…With my head just over the edge of my shell hole I lay blinking into the shrieking, crashing hail of death 30 yards in front…and fascinated I stared at that terrible curtain through which we must soon pass…I hoisted myself out of the mud and gave the signal to advance, which was answered by every man rising and stepping into the barrage. The effect was so striking that I felt no more that awful dread of the shellfire, but followed them calmly through the crashing, splitting hell until we were surrounded by bursting shells and singing fragments, while above us a stream of bullets added their whining to the general pandemonium. The men were wonderful!”

“ From the darkness on all sides came the groans and wails of wounded men; feint, long, sobbing moans of agony and despairing shrieks. It was too horribly obvious that dozens of men with serious wounds had crawled into new shell holes, and now water was filling rising about them and, powerless to move, they were slowly drowning…Dunham was crying quietly beside me.”

“ We sent the 16 prisoners back across the open but they had only gone a hundred yards when a German machine gun mowed them down.”

Vaughan’s part of the Passchendaele battle, the Springfield farm decimated his command:

“At about 9 am, I dragged myself wearily out to take a muster on parade on which my worst fears were realized…and out of 90 men, only 15 remained. So this was the end of D Company. Feeling sick and lonely I returned to my tent to write out my casualty report; but instead I sat on the floor and drank whisky after whiskey as I gazed into a black and empty future.”

After Vaughan died in 1931, his brother found his journal but hid it away so the young ones would not learn about ‘his drinking‘. God save the good soldier from family censors, the worst of the worst. And there it remained for 49 years.

So seek out the old war journals. Do not let them be buried alive by becoming lost as they are living things and deserve a better fate. When something that should live forever is allowed to die, is it not a crime against humanity?

The American WWI soldiers were cruelly wasted. The European powers would have had to negotiate a peace when they ran out of men and money. America got sucked into the cauldron through hapless leadership, internal treachery, and the successful British and Jewish Lobby propaganda campaign.  The result was a disaster for all as WWII was the bastard child of this illicit affair.

Death finally claimed Harry Patch on July25th, 2009  the last living WWI soldier, who had fought at Passchendeale.  His death marked a period at the end of the chapter, but not the book. The best tribute I could find for Harry is below…better quality photos than you usually find, on the Passchendaele battle, and an ethereal musical score by British band Radio Head…lyrics follow.

Choose the 480p to enjoy the better viewing quality.  And try to keep the lyrics in view as this is a New Age piece, hard to follow the lyrics without seeing them. The images were edited together with the lyrics to make a haunting creation, and they succeeded. Please pass the article link on to you your lists. By doing so you honor Harry, Lt. Vaughan…all of them.

Harry Patch was 19 when he fought at Passchendaele, where Lt. Vaughn had turned 20. Harry visited Passchendaele one last time when he was 109. And being a class act, he stopped off at the German cemetery.  He was 111 when he died…passing the memory torch onto us. May we be up to the task.