Home Government ABUNIMAH — IF US CAN’T BE ‘HONEST BROKER’ IN MIDDLE EAST, GET...

THE PALESTINE PAPERS — “a collection of classified documents on the Middle East peace process, leaked to Al Jazeera – reveal that the US has stifled true Palestinian democracy and acted more like Israel’s lawyer. Only a bold policy shift could salvage a positive US role in the Middle East peace process. Otherwise, the US must stand back and allow the popular movements now shaking countries across the region, like Tunisia and Egypt, to establish representation for their people.” 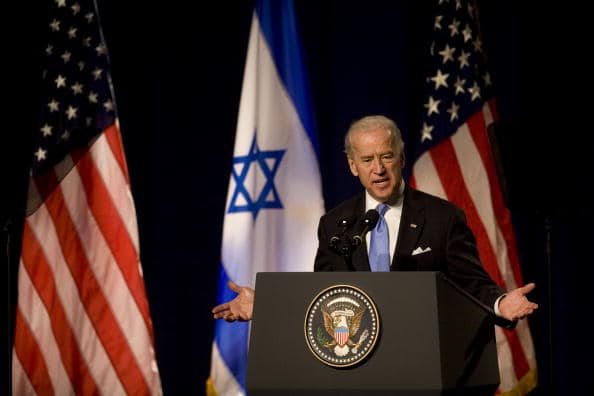 The conversation on Sept. 17, 2009 was recorded in detailed Palestinian minutes of meetings with US officials that were part of The Palestine Papers, a huge cache of documents related to the Middle East peace process leaked to Al Jazeera. In early January, I was one of a number of experts invited to Doha to analyze the documents in detail before the network began to release them, in conjunction with The Guardian, on Jan. 23.

The contents of the documents and the reaction to them among Palestinians and in the wider Arab world show that the United States is, to put it mildly, actually rather incompetent at evaluating its own credibility among those it seeks to influence. It is completely out of touch with the grim realities it has helped create in the region and unprepared to deal with the consequences.

Only a bold policy shift could salvage a positive US role in the Middle East peace process. Otherwise, the US must stand back and allow the popular movements now shaking countries across the region to establish representation and freedom for their people.

These revelations emerge at a moment when people across the Arab world are demanding in the streets, on television, and through social media that the order that has kept them impoverished and oppressed for so long finally change. The uprising in Tunisia has restored hope that such transformation is possible.

At first, State Department officials variously tried to cast doubt on The Palestine Papers, then admitted they would “complicate” US diplomacy, and eventually vowed to carry on with failed policies as if nothing had happened. That won’t work.

The initial picture that emerges from the documents is of unbridgeable gaps between an increasingly intransigent, ultranationalist, land-grabbing Israel, and a Palestinian leadership that has offered all it can in concessions and capitulations, despite its utter lack of legitimacy among the people it purports to represent. “The only thing I cannot do is convert to Zionism,” said Mr. Erekat in 2008 after a Palestinian team presented plans and maps to then Israeli foreign minister Tzipi Livni conceding virtually all the Israeli settlements in and around Jerusalem, the rights of refugees, and the right to a state with full sovereignty.

In Oct. 2009, Erekat informed US Middle East envoy George Mitchell that Mahmoud Abbas intended to step down as Palestinian Authority leader because he saw no way forward in the peace process. Mr. Mitchell immediately went to Secretary of State Hillary Rodham Clinton, who promised that she and President Obama would personally persuade Abbas to change his mind. Clinton added, according to the minutes, that Mr. Abbas “not running in the election is not an option – there is no alternative to him.” That Palestinian election still has not been held in large part because the United States refuses to contemplate a situation where the choice of voters might trump its own.

This top-down usurpation of the right of the Palestinian people to freely choose their own leaders was matched by a bottom-up effort led by US Army Lt. General Keith Dayton to build Palestinian security services that Dayton knew engaged in torture. In fact, Mr. Dayton told Erekat how pleased the Israelis were with Palestinian intelligence services: “They say they are giving as much as they are taking from them – but they are causing some problems for international donors because they are torturing people.”

The irony here is that US efforts amounted to helping the Palestinian Authority build exactly the kind of despised police state apparatus that the Tunisian people overthrew, with the admiration – and perhaps the emulation – of hundreds of millions of Arabs who live under similar regimes. It has not enhanced US credibility that the US only expressed its support for the democratic rights of Tunisians after they had overthrown their dictator. But as the United States showed when it supported the Shah of Iran to the end, it is loyal to its “friends.”

Some might say that the revelations about the peace process are hardly surprising. After all, its credibility was already threadbare. I disagree. What kept it on life support until now was the opacity and mystique that came from Mitchell’s tight-lipped shuttle diplomacy, from the hopes that Mr. Obama was somehow really different, and that at the end of all this the United States would show its hand and pressure Israel to do the things it doesn’t want to do but that are needed for peace.

The Palestine Papers show us once and for all that this is all a bluff. Mitchell has no cards up his sleeve, and the other players are no longer even at the table. The Palestine Papers have probably struck a regime-ending blow to the Abbas leadership. True, Abbas may remain in Ramallah for some time to come, thanks to massive external support. But his clique does not speak for, and cannot make a deal on behalf of the Palestinian people. As for Israel’s leadership, the supposedly “moderate” government of Ehud Olmert consistently rejected Palestinian concessions on every key issue – concessions that, when revealed in The Palestine Papers, have shocked the Palestinian public. It’s impossible to imagine Mitchell returning to the same old game.

It is possible, however, to imagine a dynamic new US approach: ending unconditional aid and diplomatic support for Israel, allowing Palestinians to democratically choose a consensus leadership – even if the US doesn’t like it – and supporting their global, grassroots struggle that takes as inspiration the same values as those of the US Civil Rights movement and the anti-apartheid struggle in South Africa. The US would also insist that any peace process has as its goal the fulfilling of international law and universal human rights. More broadly, the US would end its backing for reviled dictatorships across the region so that people can reshape their futures as they see fit, with all the hopes, opportunities, and risks such dramatic change would entail.

Of course, that is a distant dream. I expect the US will carry on as it has since the last time a US president, Eisenhower, challenged Israeli territorial aggrandizement head-on back in the 1950s. But the message from the reaction to The Palestine Papers and the protests for democracy and economic justice in countries across the region is that if the United States is unable to change its utterly failed policies, it might as well get out of the way and let the people act to secure their rights and dignity.

Ali Abunimah is author of “One Country: A Bold Proposal to End the Israeli-Palestinian Impasse” and co-founder of the online publication The Electronic Intifada.