The American foreign policy is at cross-roads. For decades, Washington has advertised equality and human rights in international circles. But, at times, the U.S. has contradicted its own alleged values, philosophy and democratic approach.

Some argue that America’s self-interest supersedes the spread of democracy worldwide. However, there are those who say Washington’s approach serves neither the national interest of Americans, nor does it promote equality and democracy.

So, the question arises: who then benefits from current American policies?

Press TV’s U.S. Desk discussed the issue with Gilad Atzmon who is a political activist, musician and author in London.

Atzmon argues that American policy is a ‘total mess’ because the American administration has gambled on authoritarian regimes who have been sympathetic and obedient to Washington. 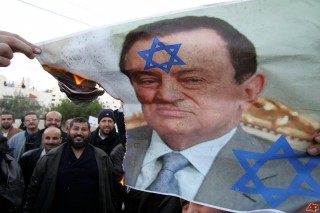 All the while, this support contradicts Washington’s claims of spreading democracy in the world.  Atzmon writes: “The American government is very confused at the moment.  They don’t know whether to support Hosni Mubarak or the people. The same goes for Tunisia last week. America was also supporting the Shah. And there is a big question why America is getting it wrong all the time.”

In regards to American policy in the Middle East, Atzmon attributes U.S.’ failed approach to a foreign policy that is shaped by Israeli interest and exploited by such Zionist lobbies as the American Israel Public Affairs Committee (AIPAC).

If Washington persists in this path, Atzmon says, “America is doomed to fail in its foreign policy.”

In conclusion, Atzmon reiterates “There is a lot of love for Americans, but definitely very little respect for American expansionist imperialism that is driven by Zionist ideology.”

FACTS & FIGURES
Israel has received more U.S. military assistance than any other country in the world.

Israel receives about $3 billion in direct foreign assistance each year, which is roughly one-fifth of America’s foreign aid budget.

The House and Senate Appropriations Committees approved Obama’s request for $3 billion in military aid to Israel in the 2011 budget.

In 2007, the U.S. increased its military aid to Israel by over 25% to an average of $3 billion per year for the following ten year period.