Freedom fighters take up arms as an ambivalent Army amasses and police stay vanished. As an anti-Islamic slant continues in U.S. news reports coming out of Egypt, the regime is taking ever-more desperate moves to shut down Al Jazeera.

Zionist-affiliated media continue attempt to tar anti-Mubarak protesters as aimless vandals, as they paint militants as terrorists somehow posing a threat to the U.S. The Obama administration continues its warnings to Mubarak that now have the glow of behind-the-scenes ultimatums.

Military jets are now buzzing the crowds in the city square,  flying lower and lower apparently without the realization that the crowds feed off the spectacle akin to an American crowd at a pre-football game jet-formation pass-over.  The photos of all the upraised faces and fist in the air will be memorable. “Fighter jets against protesters … sounds like an Israeli idea,” says an intelligence source to VT, as Israel urges  that more force be used against the Egyptian people. 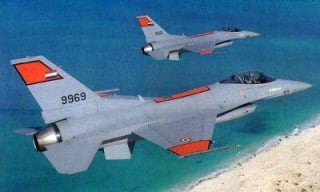 By Hamza Hendawi and Maggie Michael

CAIRO – Gangs of armed men attacked at least four jails across Egypt before dawn Sunday, helping to free hundreds of Muslim militants and thousands of other inmates as police vanished from the streets of Cairo and other cities. An unprecedented Internet cutoff remained in place after the country’s four primary Internet providers stopped moving data in and out of the country early Friday in an apparent move by authorities to disrupt the organization of demonstrations.

Al Jazeera’s Ayman Mohyeldin reports that eyewitnesses have said “party thugs” associated with the Egyptian regime’s Central Security Services – in plainclothes but bearing government-issued weapons – have been looting in Cairo. Ayman says the reports started off as isolated accounts but are now growing in number.

It would appear that after some seven days of mostly peaceful protests in the face of police riots that the people are fighting back militantly in self-defense against an oppressive regime making plans to flee to Tel Aviv, Israel.