Home Health GLAUCOMA:WHAT IS IT? 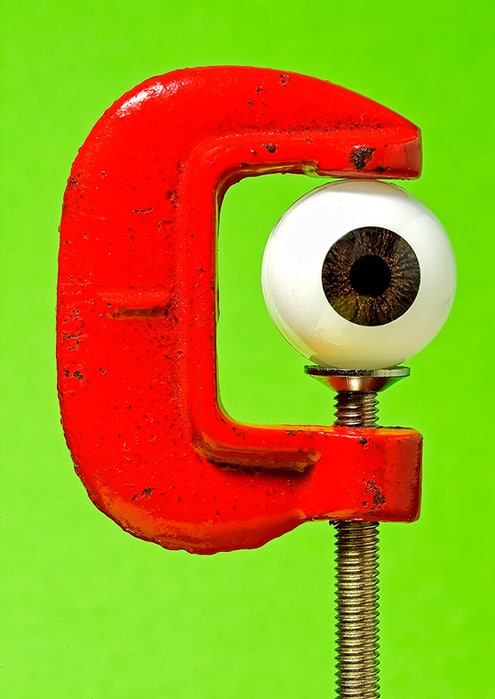 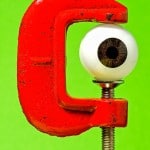 CAROL WARE DUFF MSN, BA, RN:  WHAT IS GLAUCOMA?  GLAUCOMA CAN STEAL YOUR SIGHT, WITHOUT ANY WARNING. EARLY DETECTION IS THE KEY TO SAVING YOUR SIGHT.

Glaucoma may be either closed or open angle.  Closed angle appears suddenly and is often very painful, visual loss can progress quickly but usually the pain will get the patient to the doctor before much damage is done.  This is a medical emergency and prompt treatment is essential to relieve increased intraocular pressure and consequent damage to the structures of the eye.  The fluid that the eye continuously produces does not exit the eye and pressure builds up.  There will be sudden, severe pain on one eye and then the progression to cloudy vision with possible rainbow colors around lights.  There may also be nausea and vomiting and red and swollen eyes.

Open angle, which is the most common, progresses at a slower rate and the disease may progress significantly before the patient notices anything wrong.  Vision will disappear from the edges of the eye, the peripheral area of vision, also known as tunnel vision.  Your sight is like looking through a tunnel with dark areas all around the tunnel opening. There is also congenital glaucoma (hereditary) and secondary glaucoma.  Open angle tends to run in families so if you have a parent or grandparent with glaucoma, you should be checked.  The cause for this type of glaucoma is not known.

Congenital glaucoma runs in families and is the result of altered structures of the eye which does not allow for the continuous draining of the excess aqueous humor.  A baby or child will have tearing, red eyes, enlargement of one or both eyes, and sensitivity to light.  The baby or child will not be able to tell you this, but he or she will not be able to see objects clearly.  This type of glaucoma is always treated with surgery to create a

Secondary glaucoma may be caused by certain medications such as corticosteroids, eye surgery that alters the overall eye structure, diseases of the eye such as uveitis, and other infections and disease that can affect your body system in general.

You may initially have glaucoma in just one eye, but your other eye may also develop this problem.  Your doctor will be able to help you to avoid this issue with the use of preventative measures.  Eye drops which dilate the iris for ocular examinations may trigger a sudden attack of glaucoma, due to the fact that the fluid which should be continuously leaving the eye is blocked by the change in the size of the pupil (dark portion of the eye that changes shape due to the amount of light that shines onto the eye).

Increased intraocular pressure is the major risk factor for those individuals with glaucoma.  The aqueous humor production (in the front of the eye between the cornea-the clear covering of the front of the eye and the lens) by the ciliary processes and the continuous drainage of the aqueous humor through the trabecular meshwork is the control of intraocular pressure.  Aqueous humor flows into the posterior chamber which has the boundaries of the lens, zonules of Zinn, and the iris. The aqueous humor drains via the Schlemm’s canal into the scleral plexus and general blood circulation.  In the open angle glaucoma there is reduced flow through the trabecular meshwork.  In closed angle the lens blocks iris is opposed to the lens and this blocks the flow from the posterior to the anterior chamber and then out of the trabecular meshwork.

Testing for glaucoma should include measurements of the intraocular pressure via tonometry, changes in size or shape of the eye, anterior chamber angle examination or gonioscopy, and examination of the optic nerve to look for any visible damage to it, or change in the cup-to-disc ratio and also rim appearance and vascular change.  The warning is that an intraocular pressure may be normal when tested, but pressure can be elevated later on as the fluid builds up in the eye.  Twenty-five percent of the people who have glaucoma (normal-tension glaucoma) will have normal intraocular pressure.

Each of these medicines may have local and systemic side effects. Adherence to medication protocol can be confusing and expensive.  If side effects occur, the patient must be willing either to tolerate these, or to communicate with the treating physician to improve the drug regimen. Initially, glaucoma drops may reasonably be started in either one or in both eyes.

Poor compliance with medications and follow-up visits is a major reason for vision loss in glaucoma patients. A 2003 study of patients in an HMO found that half failed to fill their prescription the first time and one in four failed to refill their prescriptions a second time. Patient education and communication must be ongoing to sustain successful treatment plans for this lifelong disease with no early symptoms.

Both laser and conventional surgeries are performed to treat glaucoma. Surgery is the primary therapy for those with congenital glaucoma. Generally, these operations are a temporary solution, as there is not yet a cure for glaucoma.

Here are some surgical procedures that may be used to alleviate the potential for increased intraocular pressure:

Canaloplasty is a nonpenetrating procedure utilizing microcatheter technology. To perform a canaloplasty, an incision is made into the eye to gain access to Schlemm’s canal. A microcatheter will circumnavigate the canal around the iris, enlarging the main drainage channel and its smaller collector channels through the injection of a sterile, gel-like material called viscoelastic. The catheter is then removed and a suture is placed within the canal and tightened. By opening the canal, the pressure inside the eye may be relieved, although the reason is unclear since the canal (of Schlemm) does not have any significant fluid resistance in glaucoma or healthy eyes.

Nd:YAG laser peripheral iridotomy (LPI) may be used in patients susceptible to or affected by angle closure glaucoma or pigment dispersion syndrome. During laser iridotomy, laser energy is used to make a small full-thickness opening in the iris. This opening equalizes the pressure between the front and back of the iris correcting any abnormal bulging of the iris. In people with narrow angles, this can uncover the trabecular meshwork. In some cases of intermittent or short-term angle closure this may lower the eye pressure. Laser iridotomy reduces the risk of developing an attack of acute angle closure. In most cases it also reduces the risk of developing chronic angle closure or of adhesions of the iris to the trabecular meshwork.

A surgical procedure called a trabeculectomy is the most common conventional surgery performed for glaucoma.  A partial thickness flap is made in the scleral wall of the eye, and a window opening made under the flap to remove a portion of the trabecular meshwork. The scleral flap is then sutured loosely back in place. This allows fluid to flow out of the eye through this opening, resulting in lowered intraocular pressure and the formation of a bleb or fluid bubble on the surface of the eye. Scarring can occur around or over the flap opening, causing it to become less effective or lose effectiveness altogether. One person can have multiple surgical procedures of the same or different types.

There are also several different glaucoma drainage implants which you can discuss with your surgeon if you need to have one inserted.

IF YOU HAVE SUDDEN PAIN IN ONE OR BOTH EYES AND OR A DECREASED ABILITY TO SEE, ESPECIALLY IN THE OUTER AREA OF YOUR VISION GO TO THE EMERGENCY ROOM OR IF YOU GO TO EYE CARE PROFESSIONAL SEEK ATTENTION IMMEDIATELY.

You cannot prevent glaucoma, but your prompt attention to changes in your sight or sudden eye pain  can help to alleviate permanent eye issues, such as optical nerve damage and blindness of varying degrees.   Early diagnosis and treatment is the key to maintaining your eyesight.  Everyone over the age of 40 should have an eye exam at least every five years, but more often if you have a history of glaucoma in your family and if you are of African American descent.