For years, when lawmakers spoke about the need to cut government spending, they always hastened to add that they weren’t targeting funding for the nation’s veterans. 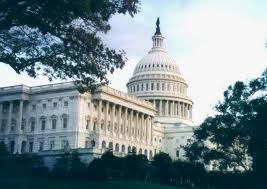 But those days appear to be over. Lawmakers have made it clear that despite two wars, the VA won’t be getting the kinds of increases it’s gotten used to — and the department will be lucky to hold its budget near current levels. Indeed, some key lawmakers in the GOP-controlled House say the VA could actually see painful cuts in the coming years.

Slashing benefits for veterans would seem to be an extremely politically risky thing to do, but in an age of tea party fervor and growing concern about the national debt, even those programs may no longer be spared from the chopping block.

The man in the middle of all this is Florida Republican Jeff Miller, the new chairman of the House Veterans’ Affairs Committee, who now has to walk a tightrope to prove himself a committed friend to the nation’s vets while still keeping the House majority’s commitment to deficit reduction. In a sign of where his priorities may lie, he says he believes veterans are willing to “sacrifice again.”

“It is very clear that they understand where this country is financially, and the last decade we’ve been able to provide record increases in veterans spending,” Miller says. “But that would not be the case in the future as we try to rein in our deficit. And dealing with the vet community, they have all pledged, while continuing to serve their memberships and constituencies, to work with the committee to find ways to help deliver the services that many of them participate in.”

The cost of caring for veterans — particularly those who have served in Iraq and Afghanistan — has soared in recent years, driven by skyrocketing health care costs. Veterans’ groups are concerned that the VA’s growing budget simply won’t be able to escape the drive for cuts.

But they also take solace in the fact that nearly every lawmaker who has taken up the Veterans’ Affairs gavel has become a strong advocate for veterans.

“The real test as Miller chairs this committee will be if he can be a champion of oversight and still advocate to ensure the VA is providing benefits,” says Carl Blake of Paralyzed Veterans of America. “If he’s in a position where he has to reduce spending on health care, reduce services or the number of vets who get coverage, he’ll be in a dilemma.”

For now, most GOP leaders say they are focusing on trying to cut non-security spending. “In the first bite of the apple, defense, homeland security and veterans will not be part of the cuts,” Miller says. “But I believe that as we move forward, everything needs to be on the table.”

A few Republicans have put the VA squarely in their sights. In a response to President Obama’s State of the Union address last month, Rep. Michele Bachmann, a Minnesota Republican who champions tea party ideals, proposed lopping $4.5 billion from the VA’s budget. The proposal would probably mean capping increases to health care costs and reducing disability compensation.

While Bachmann followers and some spending hawks agreed with her call to cut funds from the second-largest Cabinet department in terms of discretionary appropriations, veterans’ advocates were alarmed. They quickly retorted that the funds dedicated to their programs need to be fiercely protected, particularly with more and more soldiers returning home from combat deployments.

“It is unconscionable to make a cut in wartime,” says Tim Tetz of the American Legion. “Caring for the seriously wounded are the type of things that are non-negotiable.”

Jim Bunker, president of the National Gulf War Resource Center Inc., adds, “Bachmann scares me. The whole tea party scares me. When they talk about cuts, the first things to go for us will be physical therapists and doctors. I can see this happening.”

Miller, like Bachmann, is a member of the Republican Study Committee, a group of the House’s most conservative members. He opposes abortion and gun control while supporting school vouchers and strict immigration controls. He voted against the original fiscal 2011 defense authorization bill because it included a provision to repeal the ban on openly gay individuals serving in the military.

Miller, however, says he understands that he must “advocate for the veteran community.” But unlike his Senate counterpart — Patty Murray, a Democrat from Washington who has amassed a long history of fighting for veterans’ causes — Miller is less familiar to advocacy groups, which has made them uncertain about his tenure.

So far, Miller appears willing to confront the dueling functions of his new job. He already dismissed the Obama administration’s goal to house every homeless veteran within five years.

That initiative is dear to Veterans Affairs Secretary Eric Shinseki, who worked closely on it with Miller’s predecessor, Bob Filner of California, now the committee’s ranking Democrat. At a conference in December, Shinseki noted that an estimated 107,000 veterans remain homeless.

When he was the top Republican on the Veterans’ Affairs Subcommittee on Health during the 110th Congress, Miller opposed Democratic attempts to authorize a variety of new programs for homeless veterans, complaining that the proposals would hurt organizations already providing care and create a potentially unnecessary therapeutic readjustment program.

“I think it’s a noble cause and a laudable time frame. Whether or not it is achievable remains to be seen,” Miller says. “You know, we have programs that this Congress has authorized and appropriated funds for, and it is incumbent on the VA to carry them out in a timely fashion.”

Instead of speaking about budget cuts, Miller says he will dedicate his committee’s resources to examining the VA for ways to make it more efficient. That oversight is expected to focus on the VA’s enormous backlog of claims, which for years has been a top issue for veterans’ groups.

Miller, as well as Murray, says he will push to create an electronic claims management system aimed at reducing the 400,000 unprocessed claims at the Veterans Benefits Administration. “We have to find out why there is a backlog and solve it,” Miller says.

Most observers expect Miller to follow through on whatever House GOP leaders plan for the VA budget. For one thing, many remember what happened to New Jersey Republican Christopher H. Smith when he chaired the Veterans panel last decade.

When Jim Nicholson, President George W. Bush’s secretary for Veterans Affairs, presented the administration’s budget proposal at a 2005 committee hearing, Smith, in his role as a veterans’ advocate, pressed him to admit that the proposal was at least $1 billion less than what the department sought.

But instead of being praised for trying to protect veterans, Smith was roundly criticized by his GOP colleagues for embarrassing his party’s president, and Speaker J. Dennis Hastert of Illinois stripped him of his chairmanship. After serving 24 years on the committee, Smith then left the panel altogether.

Indiana Republican Steve Buyer, who stayed on message, succeeded him.

Tom Tarantino, a policy associate with the Iraq and Afghanistan Veterans of America, says that with that backdrop, Miller is in a tough spot. While Miller might be able to find ways to make the VA “work smarter,” an across-the-board cut would be detrimental to the VA budget, Tarantino says.

“You don’t accept that job lightly. He sits on one of the few committees that is very apolitical. We’ll have to see how he addresses all the demands,” Tarantino says.

Miller has pledged to examine the Veterans Affairs Department for duplicative services, poor acquisition management and inefficiencies in staffing levels.

But with the number of Iraq and Afghanistan war veterans continuing to rise, the administration is expected to propose a spending hike in fiscal 2012 — putting pressure on Miller to stay with the GOP’s austerity message. Several Democrats suggested that Miller may find himself hamstrung.

“I’ve seen it several times, especially with a new chairman who wants to please everybody,” says Donald M. Payne, a Democrat from New Jersey who heads the Congressional Black Caucus Foundation. “Miller is definitely going to have to review what happened to Smith and think twice about what he does if he wants to retain his job.”

Tim Walz, a Minnesota Democrat who sits on the Veterans’ Affairs Committee, sounded his party’s theme: “Attempting to balance the budget on the backs of veterans who have risked life and limb in service of our country is unacceptable.”

For now, however, Miller says he will stick to his conviction that veterans “are willing to sacrifice again as long as everybody else does at the same time.”