Home WarZone A Viable Solution for the Afghan Problem

The success of scientific methodology is due primarily to its objectivity. In politics, unfortunately, there is little objectivity and a lot of emotion that makes visibility of reality on-the-ground very difficult. The unprecedented terrorist act of 9/11 by al-Qaida, Fascist Islamic Fundamentalists under the auspices of the Taliban, against the United States, miscalculated the Western response. They were naïve enough not to know that their terrorist acts were a declaration of war against the entire Western World. 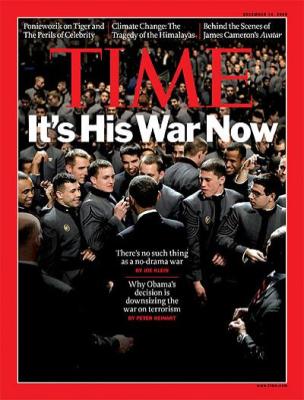 On October 7, 2001, President G.W. Bush initiated the bombardment and the occupation of Afghanistan. The Bush administration was forced by circumstances to enter a civil war that had been going on since 1996; the Northern Alliance of ethnic minorities was fighting against fascist Taliban. With its appearance from outside of Afghanistan, fascist Taliban cloaked itself as a movement of the Pashtun tribes of the south. It became a civil war between allied minorities against an imported oppressive element of the Pashtun majority. In December of 2001 the Bonn Agreement was initiated by the United Nations and the Bush administration. They sided with the Northern Alliance, the enemies of the Taliban i.e. the enemies of al-Qaida, who already had the necessary boots on the ground to become the allies of the United States. They were given a 65% quota share of the formation of the Afghan Interim Authority followed by Transitional Authority and the choice of Hamid Karzai as president. Al- Qaida and the ruling Taliban leadership were driven into the Pashtun (Pakhtun) lands of the North West Frontier Province (NWFP) of Pakistan.

In 1893 Sir Mortimer Durand drew the western boundaries of British Raj for its defense against the expanding Tsarist Empire, dividing the Pashtun population smack down the middle. Even the Soviets were unable to succeed in Afghanistan, in their own backyard with 140,000 modern weapon equipped troops. The Soviets failed primarily because there were almost 20 million Pashtuns in Pakistan harboring close to 8 to 10 million Afghan mujahideen and refugees inside Pakistan’s NWFP.

For a short period after the Bush invasion, Afghanistan appeared adequately pacified until the Iraq war began in 2003. The Bush administration did not keep their eye on the ball and al-Qaida and Taliban leadership got away. At present the Afghan War has become unwinnable for NATO and the U.S. or the Taliban.

More than thirteen international conferences have been held starting in Bonn, Germany in December 2001. Sequentially they have taken place concerning security and reconstruction of Afghanistan in Tokyo (2002), Tokyo (2003), Berlin (2004), London (2006), Rome (2007), Dusseldorf (2008), Paris (2008), Moscow (2009), La Hague (2009), Shanghai (2009), London (January 2010), Kabul (July 2010), Lisbon (November 2010). These conferences have not succeeded in bringing either security or lasting reconstruction. To remind all of their continued presence, the Taliban have destroyed more than forty girl schools that have been built.

While security presumably can be enforced with a very large military and police force, such a presence can only be sustained temporarily. Real peace can only be secured by the consent of a populace. So far, no Cease-fire and Armistice process has taken place by impartial parties such as a well-known neutral country and the Afghan tribal leaders with their associated Diaspora as mentors and mediators with the Afghan people’s trust. In recent NGO conferences most people agree that peace in Afghanistan can only come through the consent of Afghan tribal leaders, not tribal warlords. The tribal leaders want it to be an Afghan process, by the Afghans, for the Afghans and from the Afghan Nation—Afghanistan National Reconciliation. They do not want foreign intervention, non-what so ever, in making their choices.

In the past 46 years the people of Afghanistan, both north and south have experienced various forms of governments such as absolute monarchy, democratic constitutional monarchy, dictatorial first republic, communist second republic, Islamic third republic of Mujahedeen, Taliban’s dictatorial Islamic Emirate and the fourth presidential republic of present. The people of Afghanistan are experienced enough and willing to choose a government that suits them best and elect the leaders who can serve them best. They have done it with their Loya Jirgas (Grand National Assembly) since 1706 by electing Mirwais Baba, and electing Ahmad Shah Baba in 1747. They can still do it today. The Afghan Coalition for Peace (ACFP) formed by leaders of tribes of Afghanistan and their associated Diaspora can facilitate Cease-fire and mutual understanding between minorities and the Pashtun majority a lâ Nelson Mandela’s peace meetings; and by the gathering of real traditional Loya Jirgas starting in the spring of 2011 before the start of draw down of allied troops. Meanwhile, parts of the allied forces may become re-assigned as a UN Peace Keeping Force. Justice and Reconciliation in South Africa is an excellent model for the Afghans to emulate. This may be the only win-win situation for NATO, allied forces and a united Afghan Nation, one nation under God.