In case you missed it, JP Morgan Chase was Not friendly to Veterans and Servicemembers the House Committee on Veterans Affairs responded quickly by holding oversight hearings and Chase Morgan is making effort to correct the problem. 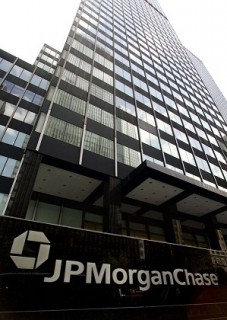 “I am encouraged that J.P. Morgan Chase has taken action to implement programs and policies that will help servicemembers, veterans, and their families. Their proactive steps in the wake of their recent violations of the Servicemembers Civil Relief Act (SCRA) show they now understand the importance of this law and the servicemembers it protects.”

“I especially want to note their effort to reduce the cap on SCRA mortgage-related interest from the 6% required under SCRA to a lower cap of 4%. By reducing the rate, J.P. Morgan Chase will ease the financial burden on these servicemembers and their families at a time when it is most needed.”

“J.P. Morgan Chase has a long way to go to restore its credibility with America’s warriors. While the protections and programs outlined in the company’s plan are laudable, the committee will continue the examination we began in our February 9th hearing, and will closely monitor how J.P. Morgan Chase makes whole the 4,500 servicemembers who were adversely affected by their violations of SCRA.”

“I commend JP Morgan Chase for launching new programs aimed at our military service people and our veterans. As a member of the Committee on Veterans’ Affairs, I recently learned of serious gaps in the bank’s basic customer relations with our military servicemembers. Our servicemembers and veterans have served our nation with honor and they deserve exemplary treatment. I hope Chase will carefully track how it serves veteran customers and I hope our Committee will continue to press JP Morgan Chase until it can report with 100% conviction that the bank is doing the right thing in every case.”

Some of the new Chase programs aimed at veterans and servicemembers include:

“Effective 4/1/11, subject to any required approvals, Chase will put in place a rebate or similar program for SCRA-protected military personnel, which will lower eligible borrowers’ effective mortgage interest rate to 4% while on active duty and for a year thereafter. That maximum rate is 2% lower than the 6% rate currently required by SCRA.

“Beginning 4/1/11, Chase will introduce an enhanced modification program for all members of the military who have served on active duty as far back as 9/11/01. The program will be offered to those who are delinquent or having trouble making their mortgage payments. Subject to the required regulatory and investor approvals, the program will go beyond the government’s Home Affordable Modification Program (HAMP) requirements. In addition, in cases when we modify any Chase-owned or Chase-serviced primary residential mortgage, if there is a second mortgage on the same property that is also owned by Chase, we will modify the interest rate on the second to 1%.

“Chase will not foreclose on any currently deployed active military personnel. This change goes beyond current SCRA requirements, which protects military borrowers against foreclosure only if they took out their loans prior to going on active duty.

“Chase believes we now have the systems and controls in place to avoid wrongful foreclosure proceedings on any military covered by SCRA. In cases where we have mistakenly foreclosed on military borrowers who should have been covered by SCRA, in addition to rescinding the sale, we will forgive all their remaining mortgage debt. Going forward, if we ever have a wrongful foreclosure sale on an SCRA covered customer, we will forgive all of their remaining mortgage debt, as well.

Chase will donate 1,000 homes to military and veterans over the next five years through our non-profit partners. By the end of 2011, Chase will open five new Chase Homeownership Centers in cities near the following large military bases.

“In 2011, Chase will host 10 borrower outreach events near large military bases. Chase will staff all of its Homeownership Centers with employees specifically trained in SCRA, military issues and Chase special military programs.

In the hearing, a bank representative admitted that the bank violated the SCRA by improperly charging interest on some 4,500 active duty servicemembers’ mortgages beyond the 6% cap that is required under the law. The witness also admitted that the bank further violated SCRA by improperly foreclosing on 18 servicemembers’ homes while they were deployed.

“Our nation’s war fighters – and their families – should not have to fight to keep their piece of the American Dream while they are on foreign ground defending that fundamental right for all of us,” commented Full Committee Chairman Jeff Miller (FL01). “While I am heartened that J.P. Morgan Chase Bank is attempting to fix these errors with respect to wrongful foreclosures and is refunding over $2.4 million in excessive interest charges, more must be done to ensure that this never happens again.”

“I hope this is a wake-up call for the entire financial services industry,” continued Miller. “The lesson is to understand and follow the requirements of the Servicemembers Civil Relief Act, and to undertake the same sort of review as has Chase to ensure compliance. For the Department of Defense, it is time to review whether the services’ SCRA training programs are getting the job done to educate servicemembers and their families about the protections afforded to them under the law.”

Congressman Dan Benishek (MI-01) today made the following statement in reaction to JP Morgan Chase’s new military and veteran programs: – Today, the Chairman of the House Committee on Veterans’ Affairs Jeff Miller (FL-01) made the following statement in response to the announcement by J.P. Morgan Chase Bank of its new program for servicemembers and veterans, following the company’s testimony before the Committee in a February 9th hearing: