How Honest is the Honest Broker?

In what appears to be as close to a consensus as the world community can ever hope to achieve, the United States reluctantly stood its ground on behalf of Israel and on February 18, 2011 vetoed a resolution on the Israeli settlements in the West Bank and East Jerusalem that was supported by all 14 of the other members of the UN Security Council. The resolution was also sponsored by 130 member countries before being presented to the Council.

In the face of such near unanimity the United States might have been expected to some respect for the views of every leading government in the world, including all of its closest European allies, to have had the good grace to at least abstain from the vote. Indeed, such an obstructive use of the veto builds a case for its elimination, or at least the placement of restrictions on its use.

Why should an overwhelming majority of member countries be held hostage to the geopolitical whims of Washington, or in some other situation, an outlier member trying to shield itself or its ally from a Security Council decision enjoying overwhelming support. Of course this American veto is not some idiosyncratic whim, but is an expression of the sorry pro-Israeli realities of domestic politics, suggesting that it is Israel that is the real holder of the veto in this situation, and the U.S. Congress and the Israeli Lobby are merely designated as the enforcers.

Susan Rice, the American chief representative in the Security Council, appeared to admit as much when she lamely explained that the casting the veto on this text “should not be misunderstood to mean support for settlement construction,” adding that, on the contrary, the United States “rejects in the strongest terms the legitimacy of continued Israeli settlement activity.” Why then? The formal answer given is that the United States, agreeing with Israel, believes that only in the context of direct negotiations can the issue of settlements be addressed alongside other unresolved matters such as refugees, borders, and the status of Jerusalem. This seems absurdly arrogant, and geopolitically humiliating.

If the 14 other members of the Security Council believe that Israeli should be censured for continuing to build unlawful settlements, and that no negotiations can proceed until it ceases, then it would seem that a united front would be the most effective posture to resumed negotiations. This is especially so here as it is a no brainer to realize that every additional settlement unit authorized and constructed makes it less likely that a truly independent and viable Palestinian state can ever be brought into being, and that there exists the slightest intention on the Israeli side to do so.

In view of this feverish Israeli effort to create still more facts on the ground, for the Israelis to contend that negotiations should resume without preconditions, is to hope that the Palestinian Authority will play the fool forever.

After all for more than 43 years the Israelis have been whittling away at the substance of the two state consensus embodied in unanimous Security Council Resolution 242 (1967), contending at every phase of the faux peace process that an agreement must incorporate ‘subsequent developments,’ that is, unlawful settlements, ethnic cleansing. In the end, the Israelis may turn out to have been more clever by half, creating an irresistible momentum toward the establishment of a single secular democratic state of Palestine that upholds human rights for both peoples and brings to an end the Zionist project of an exclusive ‘Jewish state.’ With great historic irony, such an outcome would seem to complete the circle of fire ignited by Lord Balfour’s secret 1917 promise to the Zionist movement of ‘a Jewish homeland’ in historic Palestine, a process that caused a Palestinian catastrophe along the way and brought war and bloodshed to the region. 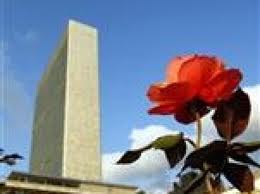 The disingenuousness of the Israeli position was confirmed by the recent publication of the Palestine Papers that showed beyond a shadow of a doubt that even when the Palestinian Authorities caved in on such crucial issues as Jerusalem, settlements, and refugees, their Israeli counterparts, including the supposedly more moderate predecessors to the Netanyahu leadership, displayed no interest in reaching even an agreement so heavily weighted in Tel Aviv’s favor. What seems inescapable from any careful reading of these negotiating positions behind closed doors during the prior decade is that the public negotiations are a sham designed to buy time for Israel to complete its illegal dirty work of de facto annexation in the West Bank, a position it has long adopted in the form of Israeli de jure annexation of the entire expanded city of Jerusalem in defiance of the will of the international community and the understanding of international law, objectively considered.

To contend that stopping the unlawful encroachments of continuing settlement activity on occupied Palestinian territory, an assessment that even the United States does not question substantively, is an inappropriate Palestinian demand seems so excessive as to humiliate any Palestinian representatives that stooped so low as to accept it. Equally so, is the Israeli claim that this demand has not been made in the past, which to the extent accurate, is not an argument against freezing further settlement activity, but a disturbing comment on Palestinian complacency in relation to their failure to insist upon respect for their rights under international law.

In the context of this latest incident in the Security Council, the Palestinian Authority deserves praise for holding firm, and not folding under U.S. pressure, which was strongly applied, including reported warnings from President Obama by phone to President Mahmoud Abbas of adverse ‘repercussions’ if the text calling for an end to illegal settlement building was brought before the Security Council for a vote. Obviously, the United States Government realized its predicament. It did not want to be so isolated and embarrassed in this way, finding itself caught between its international exposure as willing to support even the most unreasonable Israeli defiance of the UN and its domestic vulnerability to a pro-Israeli backlash in the event that it failed to do Israel’s bidding in this matter of largely symbolic importance.

We should not forget that had the Security Council resolution been adopted, there is not the slightest prospect that Israel would have curtailed, let alone frozen, its settlement plans. Israel has defied a near unanimous vote (with, hardly a surprise, the U.S. judge casting the lone negative vote among the 15 judges) of the World Court in 2004 on the unlawfulness of the settlement wall.

Here, an American dissent could not bring Israel in from the cold of its refusal to abide by this ruling as thankfully there is no veto power in judicial settings. In that instance of the wall, Israel wasted no time denouncing the advisory opinion of the highest UN judicial body, declaring its refusal to obey this clear finding that the wall built on occupied Palestinian territory should be dismantled forthwith and Palestinians compensated for any harm done. Instead, despite brave nonviolent Palestinian resistance, work continues to this day on finishing the wall. 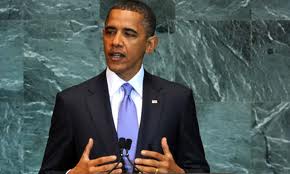 With respect to the settlements it is no wonder that American diplomacy wanted to avoid blocking an assertion of unlawfulness that it was on record as agreeing to, a fact awkwardly acknowledged by Ambassador Rice in the debate, knowing that the resolution would not have the slightest behavioral impact on Israel in any event. It should be noticed that as much as Israel defies the UN and international law, it still cashes in its most expensive diplomatic chips to avoid censure whenever possible. I believe that this is an important, although unacknowledged, Israeli recognition of the legitimizing role of international law and the UN. It is also connected with an increasing Palestinian reliance on soft power, especially its BDS campaign (Global BDS Movement webpage).

his partial shift in Palestinian tactics worries Israel. In the last several months Israeli think tanks close to the government refer to as ‘the delegitimation project’ with growing anxiety. This approach of the Palestinian Global Solidarity Movement is what I have been calling a Legitimacy War. For the last several years it is being waged and won by the Palestinians, joining the struggles of those living under occupation and in exile.

On the PA side there was reported anxiety that withdrawing the resolution in this atmosphere would amount to what was derisively referred to as a possible ‘Goldstone 2,’ a reference to the inexcusable effort by the Palestinian Authority back in October 2009 to have consideration of the Goldstone Report deferred for several months by the Human Rights Council as a prelude to its institutional burial, which has now more or less taken place thanks to American pressures behind the scene. It has even been suggested that had the PA withdrawn the resolution Abbas would have been driven from power by an angry popular backlash among the Palestinian populace. In this sense, the PA was, like the United States, squeezed from both sides: by the Americans and by their own people.

Of course, in the background of this incident at the UN are the tumultuous developments taking place throughout the region, which are all adverse to Israel and all promising in relation to the Palestinian struggle even though many uncertainties exist. It is not only the anti-autocrat upheavals in Tunisia and Egypt, the outcome of which is still not clear from the perspective of genuine regime change as distinct from recasting the role of dictatorial leader, but the wider regional developments. These include the political rise of Hezbollah in Lebanon, Turkish diplomacy that refuses to tow the Washington line, the failure of American interventionary diplomacy in Iraq, and the beleaguered authoritarian governments in the region some of whom are likely to give more active support on behalf of Palestinian goals to shore up their own faltering domestic legitimacy in relation to their own people.

In many ways, the failed Security Council resolution condemning Israeli settlement activity is a rather trivial event in the broader setting of the underlying conflict. At the same time it is a significant show of the play of forces that are operative in Washington and Ramallah, and above all, it is an unseemly display of the influence Israel wields with respect to the Obama Administration.

Is it not time that the United States revisited its Declaration of Independence or began to treat the 4th of July as a day of mourning?

About the Author: Richard Falk , Professor Emeritus of International Law at Princeton University is also author of Explorations of the Edge of Time: Prospects for a New World Order – Crimes of War: Iraq and The Costs of War: International Law, the UN, and World Order After Iraq. He is the current UN’s Special Rapporteur for Human Rights in the Occupied Palestinian Territories.