Will the GOP ever understand that when it comes to veterans, they cannot pay the price for their service depending on who is in charge or which way the wind blows? They served this country in good financial times as well as bad times. They get hurt, by body or mind, because the elected at the time decided to send them to war. Some of them signed up because we were at war while others signed up in case we had to go to war. What they need should never, ever be fair game in budget battles. 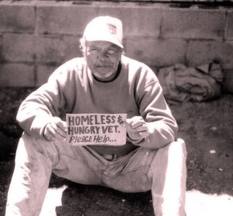 The members of Congress do not take a pay cut or see their benefits cut because we “can’t afford” them. They never have to worry when they are no longer in Congress because they still get a paycheck for their “service” and this doesn’t even matter if they can work or not afterwards. No one says we should stop paying them even when they get cushy jobs worth millions a year (or more) so why is it these same people think the service veterans provided is worth any less? After all, politicians only risk their reputations but soldiers risk their lives. Oh, and by the way, they get healthcare insurance too.

There was a time when they understood this was a debt we owed and would have been ashamed to admit they were even thinking about hurting veterans instead of doing everything possible to take care of them. Now they have no shame at all. They say we are in debt, so they go after the men and women risking their lives to protect this country!

Let congress cut their own budget first since they are the people behind the reason we have so many veterans in the first place and then ignored their problems making them homeless and in need.

Republicans want to strip it of funding in their cutting extravaganza. That’s dumb.

Congressional Republicans assert that their federal budget-cutting, regardless how destructive, reflects the desires of the American people.

The sum of the Republican cuts would reduce this year’s federal budget deficit by about 4 percent, while, according to the Economic Policy Institute, costing 800,000 American jobs in the public, nonprofit and private sectors.
read more here
Republicans wrong to go after public broadcasting