Home Government New Truths For Those With Eyes To See 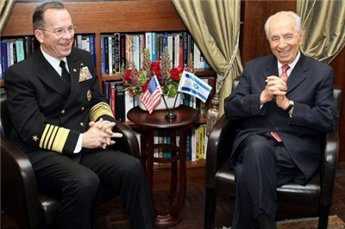 To act successfully in the world we must be able to get perceive beyond the domestic blinkers and come to know the foreign reality that surrounds us.

Admiral Mike Mullen, the Chairman of the Joint Chiefs of Staff, recently came to Israel and Jordan to assure these two “partners” of the steadfast nature of U.S. loyalty. An aide to Mullen put it this way, “at this critical time in the Middle East [Admiral Mullen] wants to reassure our…partners…that the military relationship we have enjoyed with them remains strong.” “Enjoy” is actually a strange word to use here. The Israelis regularly violate U.S. law by using American weapons against Palestinian civilians and have on occasion sold American military equipment and information to less than friendly third parties. The Jordanians are significant to Washington only to the extent that the keep Israel’s eastern border quiet while the Zionists ravage the West Bank. So, what’s to enjoy?

Just before his February 14th meeting with the Israeli President Shimon Peres, Mullen noted that “the connection and relationship with the Israeli Defense Forces goes back decades.” The implication here is that this history makes the relationship a strong and lasting one. That probably did not reassure the Israelis very much, for they are were shocked at how readily Washington dropped its support for Hosni Mubarak after a “connection and relationship” that went back thirty years. Actually, that reversal on the part of Washington is a fine and sobering lesson for the rulers in Jerusalem. Nothing lasts forever. The odds are good that in, say the next three decades, U.S. readiness to drop support of Zionist apartheid might be politically feasible, maybe even probable.

Nonetheless, Peres hid the anxiety that reportedly pervades the Israeli elites, and told Mullen, “for us, the US is the best friend we have….The greatness of the U.S. is that you draw strength from giving and not from taking.” What a odd but also revealing thing to say! The truth is that with just a few exceptions, such as the reactionary government temporarily in power in Canada, the U.S. is just about the only devoted friend Israel has. On the other hand, Peres hit the nail on the head about the U.S. giving rather than taking. Washington gives modern, developed, high tech Israel more “foreign aid” that any other country. We give Israel billions in aid even as our own people’s needs go unfulfilled and our debt grows ever greater. And, as Peres points out, we get almost nothing from them. If the truth be known, Israel as a “strategic asset” is greatly overblown. The greatest thing Israel has ever given to the U.S. is an added incentive for al-Qaeda’s September11th attacks. 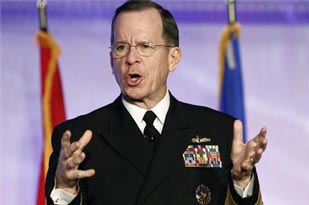 The Palestinian Ma’an News Agency reports that the Israelis are particularly worried that any new Egyptian regime will scrap the 1979 peace treaty between the two countries. Yet, as much as some of the leaders of the protest movement in Egypt would like to do this, there is almost no chance of it happening. No sane Egyptian wants another war with Israel and the present survival of the Egyptian army depends mainly on U.S. subsidies. If Obama vetoed the Egyptian army turning its American guns on its own people, he will hardly approve of their shooting those same guns at the Israelis. Ex-IDF Chief Gabi Ashkenazi had it right when he said that “peace is a strategic asset” for Egypt. However, public pressure may very well lead to the normalizing of the Gaza border and collapse or at least weakening of Israel’s criminal blockade of 1.6 million Palestinians. That will make the Israelis testy enough, raising to a greater volume their lament about terrorists getting weapons along with enough food to raise the Gazan calorie consumption above the malnutrition level.

Regardless of Admiral Mullen’s reassurances, realistic leaders with smart advisers work on the premise that things inevitably change and you need to prepare for reasonable contingencies. If Israel’s leaders want to know what their reasonable contingencies might be, they should consult the prognostications of one of their own moderates, Daniel Levy of the New America Foundation. In a 13 February 2011 piece he tells the Israelis that they can expect: the eventual end of the closure of Gaza, the tamping down of Egyptian belligerency toward Iran, and no more Egyptian support of that long running farce known as the “peace process.” Nor will Egypt be turning a blind eye to Israel’s illegal colonization process on the West Bank. While Egypt won’t express any of this in saber rattling way, its diplomats around the world and at the UN will soon adjust their voice to a wholly new tune.

The sad thing is that Israel has almost no capacity to positively adjust to any of these changes much less meet them half way for the sake of real peace. They do not have the eyes to see the new truths in front of them because Israeli foreign policy does not reference foreign reality. Rather it is an expression of domestic pressures and ambitions, and those have long been shaped by a driving sense of manifest destiny that has countenanced the theft and ethnic cleansing of Palestinian land. By the way the same situation exists in Washington. American foreign policy only rarely references foreign reality. Perhaps President Obama’s instruction to the Egyptian generals not to kill their own people with American weapons was one of those rare moments. However, Admiral Mullen’s quick trip to Israel was a sure sign that business had returned to normal and the U.S. was back to shaping its foreign policy to the demands of its powerful domestic Zionist lobby.

Each of us perceives the world from our own “domestic” perspective. Yet success is most often a function of how close our actions coincide with the reality outside of us, in that complex world, both natural and human, over which we have no assured control. To act successfully in the world we must be able to get perceive beyond the domestic blinkers and come to know the foreign reality that surrounds us. You might have noticed that Hosni Mubarak could not do this. Some day the Israeli elites, bound as they are to their myopic ideology, might share his fate.

ABOUT THE AUTHOR: DR. LAWRENCE DAVIDSON is professor of Middle East history at West Chester University in West Chester, PA, and the author of America’s Palestine: Popular and Official Perceptions from Balfour to Israeli Statehood (University of Florida Press, 2001), Islamic Fundamentalism (Greenwood Press, 2003), and Foreign Policy, Inc.: Privatizing American National Interest (University of Kentuck Press, 2009). He can be reached at: [email protected]