In the spirit of Rep. Peter King’s Radical Muslim Committee Hearings which seek to get American Muslims to out “radicals” to the government and with today’s Christian suspect in the MLK bomb arrested, it begs the question “Which religious community is more radical”?

The MLK bomb is widely considered the most dangerous bomb seen on American soil in history and it was clearly done by a Christian boy named Kevin William Harpham in Spokane Washington. So are we going to have committee hearings on this or not?  Seems to me that the Radical Christians might be the biggest threat to America, not the Muslims.

In fact, 9/11, if you believe the government story, was done mostly by Saudi Arabians, not Americans.  And Oklahoma City was done by a U.S. Veteran who, as a Christian, took it upon himself to terrorize his fellow Americans.  So what’s all this about radical American Muslims?  What about Radical Christians?

Worse, with some many fake Christians running around in the name of god waging fake wars and lying to everyone including their mothers, do we really want to start throwing mud at American Muslims like this?   Are the fake Christians prepared for their inquisition?

We’ve had the Zionists raping our taxpayers for over 60 years using radical Christians to go around pretending that Israel is more important than the American people or that some sort of weird fake rapture is going to take place if the Zionists don’t dominate and kill all the Palestinians.  This is crazy talk yet this is what we have to put up with in America because those in the know make it so.

Worse, the inventing of demons seems to be an American national pastime.  It’s kind of like MLB Baseball.  It was once a cool thing.  But now, it is getting a bit slow, overdone, and boring.   Ya know same ole story.

DEMONIZE AND RAKE IN THE PROPHETS

Before 9/11, many were working on demonizing the Chinese. You may have forgotten when the beloved Clintonite Bill Richardson, then a Secretary of Energy in the cabinet tried to demonize Wen Ho Lee, a Taiwanese American at the Los Alamos lab as a spy for China in an effort to make a boogey man. It ruined this poor scientist’s career but who cares right?  Hey, all in the name of finding enemies to shoot at!   I mean after the cold war ended we needed something, anything!   Heck, the demonizing of Wen Ho Lee was so good that Richardson was voted in as Governor of New Mexico in after he ruined an innocent man’s career. Gotta love America for rewarding criminals!  Good Job New Mexico!

And with lovely Secretary of State under Bush II, Gen. Colin “I am an idiot and know nothing” Powel and his Uncle Tom lie with cartoons shown in Cinemascope at the UN, we were given “The Saddam”, a comical villain to beat them all.  And oh yes, he had WMDs baby!  Yeah!  Oh, and he was related to Al-Qaeda and he was probably the mastermind of the attack on Pearl Harbor too not to mention the 60’s liberal hippie movement!  Oh, what a gift. It was fun wasn’t it America?

And now 2 years after the Bush Doctrine of mayhem, chaos, and criminality, we have the lovely Rep. Peter King McCarthy trying to dredge up the old fake enemy like a bad sequel from a faded comic book. Lovely Peter! He’s such a great soldier for the cause.

THE DIRTY SALES PITCH and THE MOOCH

Now, will America buy it again from these criminal prophets of the beltway? I mean these guys pull the same dirty pitch script from the Boileroom operations of a fake contest where the guy on the phone tells you that you’ve won a Lincoln Town Car and then tells you to send in $ 175.00 while he takes the money and runs.  And then the next week he calls again saying “No this time, you really won the car” and the buyer sends in another $ 175.00.  Boom!  Call the Mooch! 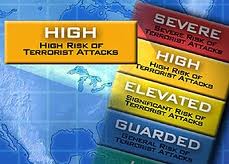 I mean, I would hope that Americans see through the ruse and condemn Peter back to his rebel-rousing dirty pitching boiler room at the Military Industrial Complex at Camp Zionist.   But really, Americans bought Colin Powel’s cartoon presentation at the UN and then bought the Saddam 9/11 connection.  Remember Mission Accomplished!  Bought!  And since 1/2 of America thinks Obama was born in Kenya as a muslim, I would say that seals the deal!

And so what are we to make of the collective American intellect? Indeed, it’s not so promising, is it?

So will Peter King succeed in stirring the pot again?  Can he get Joe the Plumber to start looking under rocks for radical Muslims who threaten his job?  Will Sarah Palin jump on the bandwagon and make some asinine racist bigoted comment and get that confederacy wing of her radical PAC going again?   Are we ready for Republicans to “take back America” and get us back into fake wars?  God, I love them!

Sadly, I say yes…..they will succeed and America will once again rise to the level of its own ignorance and begin attacking innocent people while good Christian boys ie… Kevin William Harpham continue to terrorize America at home and the future Tim McVeighs continue to roam around with their bad ass trucks and Robert E. Lee tattoos!