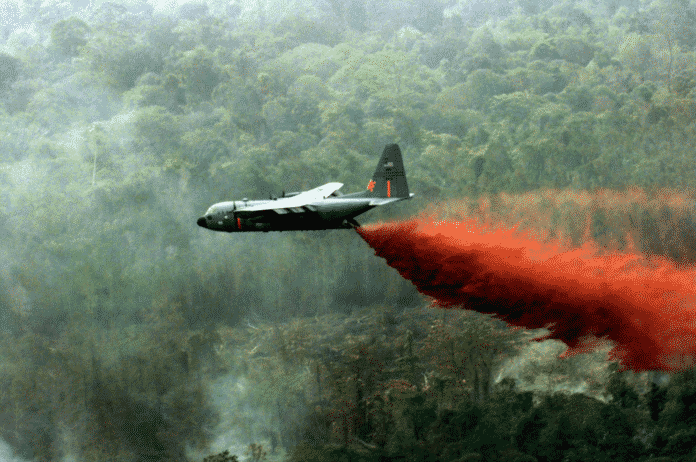 Many Veterans of the Vietnam War are now applying for benefits for the presumption of service-connected diseases related to their service being exposed to agent orange. This is due to the VA announcing on 3/9/2010 an aggressive initiative to solicit private sector input on a proposed fast track for Veterans claims for illnesses due to agent orange.  At the time they expected 200,000 claims and an average of 90 days to process the claim.

Presently there are complaints that it is taking longer. This is due to more claims being submitted than they had envisioned and their staff limitations. Veterans applying who in the past were refused acceptance into the VA system if they get into the registry can now receive health care at the VA. They are also eligible for $123 to $2,673 dollars per month disability which is non-taxable.

You can apply online at www.va.gov. Where there is also information on the diseases that are presumed service-related. This list is growing as we veterans are aging. 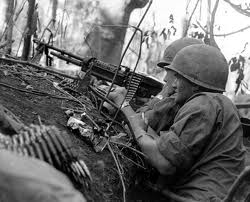 Many people do not realize that PCB is a principal component of agent orange. Or that Monsanto was the company manufacturing PCB and helping the Military make agent orange. It is done to this relationship that Anniston, Alabama is the site of one of the worst cases of chemical poisoning.  They had Monsanto dumping tons of PCBs into the town and Fort McClellan nearby where the Army had their only stateside factory producing live agents of agent orange.

Fort McClellan was the army training fort for the WAC basic training.  The population on the fort was 10,000 and many lived in Anniston where they were doubly exposed with PCBs.  The Army Engineers stored their canisters of agent orange near the barracks of the WACs in basic training.

There is a saying in applying for benefits that there is a 1 boot rule. This means if you stepped even 1 foot into Viet Nam or Thailand you have agent orange poisoning. However, this rule does not seem to apply to the WAC’s who lived there and their boots stepped all over the Fort in the footsteps of the engineers in the factory. As well as the smoke that we breathed from their factory.  I am now going to enclose a map of Fort McClellan which has a description as well from  Military records. 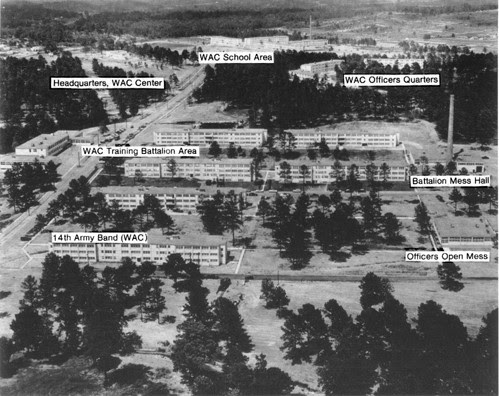 The Chemical Defense Training Facility at McClellan was the only facility in the country where live chemical agents were used in training. All military personnel who work with chemical weapons were required to train in the sealed chamber at this location, where they face live agents in full protective gear.

Over 28,000 personnel have been through the facility. McClellan had other facilities and training programs for the disposal and detection of nuclear, biological, and chemical (NBC) weapons. The post was also a major military police training center. The Fort covers 45,680 acres, much of which is training range that is still in use, administered by the National Guard, and as a support facility for operations at Anniston Army Depot, a major chemical weapons storage site nearby.

When I had my second of two heart attacks 8 years ago. I went to the DeBakey VA in Houston.  At that time it was the first time that it was suggested to me by my Doctor that I had agent orange poisoning and that I should apply for the registry. For me, the presumption of service connection was that I had become a diabetic overnight at age 30, had 2 heart attacks at a young age, menopause at age 30, and warts on my hands that no matter what therapy I used they returned with no family history of these medical problems. These warts are small clear areas that if you put a needle in a clear liquid flows out. You can laser them, cauterize them, cut them out, use wart solutions and they will always come back. Many people with agent orange poisoning have brown spots, thin skin, bruise easily and sores that don’t go away.

I did apply and I was refused and not told why. Only that I had the right to appeal. At the times when I was in the VA system, I always felt guilty using the services. Which is the finest medical care there is? As I saw people who needed it more than I. Especially today the returning Gulf War Veterans who will never have a lifetime benefit as we Viet Nam Vets have. I, therefore, did not appeal, nor did I ask why I was refused.

Recently while having care for my hepatitis C it was suggested to me to open the case. The VA is actively recruiting for people to register. They have posters and stands at many of the VA Centers that you see as you enter offering to help you apply. I had time between appointments so I went to the office and found out I had been refused as the decision was that I had not been around Agent Orange. Me a person who spent a year at Fort McClellan exposed to it constantly.  I asked them what I should do to submit my appeal. I was told to research out the proof on my own of the facts relating to Fort McClellan and attach it to my claim.  As well as attaching my present health records and getting 2 witnesses who have seen how my diseases affect my life.

I spent yesterday doing so much research that my carpal tunnel was bothering me so badly I had to fall asleep with wrist bands, heat rub, and a pain pill. It was suggested to me by one of the recent caregivers that I might not have carpal tunnel, but instead, nerve damage from agent orange.  In doing so I found that there is a bill that was submitted to Congress on September 28, 2010, to make a special registry for Veterans who were stationed at Fort McClellan. I am putting it into this blog to share with those who served there and are not aware of it.

H.R. 6238 would direct the Secretary of Veterans Affairs to establish a registry of certain veterans who were stationed at Fort McClellan, Alabama.

To direct the Secretary of Veterans Affairs to establish a registry of certain veterans who were stationed at Fort McClellan, Alabama, and for other purposes.

IN THE HOUSE OF REPRESENTATIVES

Mr. TONKO introduced the following bill; which was referred to the Committee on Veterans’ Affairs, and in addition to the Committee on Armed Services, for a period to be subsequently determined by the Speaker, in each case for consideration of such provisions as fall within the jurisdiction of the committee concerned

To direct the Secretary of Veterans Affairs to establish a registry of certain veterans who were stationed at Fort McClellan, Alabama, and for other purposes.

Be it enacted by the Senate and House of Representatives of the United States of America in Congress assembled,

This Act may be cited a `Fort McClellan Health Registry Act’.

(a) Establishment- The Secretary of Veterans Affairs shall establish and maintain a special record to be known as the `Fort McClellan Health Registry’ (in this section referred to as the `Registry’).

(b) Contents- Except as provided in subsection (c), the Registry shall include the following information:

(1) A list containing the name of each individual who, while serving as a member of the Armed Forces, was stationed at Fort McClellan, Alabama, at any time during the period beginning January 1, 1935, and ending on May 20, 1999, and who–

(A) applies for care or services from the Department of Veterans Affairs under chapter 17 of title 38, United States Code;

(B) files a claim for compensation under chapter 11 of such title on the basis of any disability which may be associated with such service;

(C) dies and is survived by a spouse, child, or parent who files a claim for dependency and indemnity compensation under chapter 13 of such title on the basis of such service;

(D) requests from the Secretary a health examination under subsection (d); or

(2) Relevant medical data relating to the health status of, and other information that the Secretary considers relevant and appropriate with respect to, each individual described in paragraph (1) who– (A) grants to the Secretary permission to include such information in the Registry; or (B) at the time the individual is listed in the Registry, is deceased. (c) Individuals Submitting Claims or Making Requests Before Date of Enactment- If in the case of an individual described in subsection (b)(1) the application, claim, or request referred to in such subsection was submitted, filed, or made, before the date of the enactment of this Act, the Secretary shall, to the extent feasible, include in the Registry such individual’s name and the data and information, if any, described in subsection (b)(2) relating to the individual. (d) Examinations- Upon the request of a veteran who was stationed at Fort McClellan, Alabama, at any time during the period beginning January 1, 1935, and ending on May 20, 1999, the Secretary shall provide the veteran with a health examination (including any appropriate diagnostic tests) and consultation and counseling with respect to the results of the examination and the tests. (e) Outreach- (1) ONGOING OUTREACH TO INDIVIDUALS LISTED IN REGISTRY- The Secretary shall, from time to time, notify individuals listed in the Registry of significant developments in research on the health consequences of potential exposure to a toxic substance or environmental hazard related to service at Fort McClellan. (2) EXAMINATION OUTREACH- The Secretary shall carry out appropriate outreach activities with respect to the provision of any health examinations (including any diagnostic tests) and consultation and counseling services under subsection (d).

In my research, I also found two women who served in Fort McClellan close to the same time I did and their stories are remarkable.  Agnes Bresnahan died in 2009 of her service-related diseases, fighting for all of who served there and for herself to be admitted into the registry. The second Susan Fraser has taken up Agnes’ cause. I am going to share both their stories in this blog. As well as a report link which is voluminous by Environmental Science & Engineering Inc. who did a baseline survey for the US Army Environmental Center of Fort McClellan that will be helpful to anyone filing a claim who served there.

Also, a link about the history of PCBs up to the present time of Monsanto making Round up the herbicide glyphosate which is being used today and carry’s all the same risks.

Agnes personal story was written by Lonnie Brennan for The Valley Patriot on 4.2.08:

This is Susan’s personal story written for the Anniston Times Union by Dennis Yusko on 2/28/11.

About the Author: Rebecca Fass is a U.S. Army Veteran.  She’s traveled the world to over 70 countries, has worked in India with Mother Teresa. Visit her blog A Single Gringa in Mexico to read all of her articles and stories and contact info.