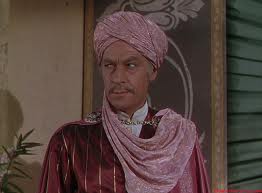 March 2011……….Alibi Ba Ba and the Forty Thieves.  A story from ‘A Thousand and One Nights’ by Harvard Classics.  Allegory now directed to the American populace illustrated by the arrogant display of Imperial American Empire.   A broken down empire of profligate war against humanity diverts focus from “Too Big To Fail” private bank cartel the alibi Ba Ba’s and approximately 535 US Congress thieves.

Conversely, U.S. operatives casting a shadow behind boilerplate backroom 911 ‘Muslim Terrorists Did It. ‘ A self anointed reverse victim excuse.    The unabated obvious and flawed NYC three tower destruction false narrative.  Includes the Twin Towers 1 and 2  Trade Center and the 3rd  implosion of Word Trade Centers building 7.  A deceptive false narrative increases exponentially with every passing day. A boilerplate backroom mantra that encourages the obvious false assertion that  “Getting away with the perpetration of the 911 attack.  US neo-con ideologues can get away with anything.”  Consequently, Bush Administration preempts war against humanity with the mantra and logo “The world has changed post 911 attack” U.S. can and will  preempt and operate above all laws   Fast forward to Peter King interlope and dialogue sham. ” Congressman Peter King’s Great Muslim Scare” Posted by Franklin Lamb

U.S. Peter King breaches US Constitution 1st Amendment Free Speech by singularly assaulting a particular religion.   American confidence of liberty, free speech, democracy to the masses of global humanity is violated once again.  King needs to resign immediately following in the courageous footsteps of Clinton’s State Department spokesman PJ Crowley who a least admits that American ideology is and continues to be  a gross failure to humanitarian rights and the right to individual self dignity.  “Secretary of State Hillary Rodham Clinton’s chief spokesman resigned Sunday, three days after he publicly criticized the treatment in confinement of WikiLeaks suspect Army Pfc. Bradley Manning as “counterproductive and stupid.” Read more:  Miami Herald

Subsequently, Mr. King represents a government that cannot get a dial tone on reality. A government breaching all US Constitution laws continues to project complete incompetence, Philo affinity complexes, and severe spells over a ‘select exclusive special interest group.’  A bureaucratic apparatus that alarms, alerts, markets and advertises to global humanity a very deep disconnect to failed treasonous global diplomacy and war against all humanity.  U.S. Rep Peter King {RNY} manufacturers Islamophobic terrorism to the detriment of ‘We the People’ CBS NEWS

The entire quisling U.S. Congress palookaville is on the ropes in the 15th final round, extremely dazed and confused, expending the treasury of “We the People.’ Simultaneously, abusing their oath of offices, robbing and stealing global natural resources, revoking citizenry labor bargaining rights, including our Nation’s assets labor property and loyalty by directing to another special exclusive parasite, the AIPAC Lobby.

We the People’ demand leadership that places America first, second and third.   Not gasping its last dying breath by attempting to deflect loyalty honor duty and country to another ‘select exclusive special interest group AIPAC. “Mover Over AIPAC” by cjme.org. Boycott MAY 2011 Meeting.  Wisconsin rams through anti-labor bill.  “On the day that the bill passed the Wisconsin Assembly effectively ending 50 years of collective bargaining.”  Posted by PR Watch

Too big to fail bank cartel alibis and global bankrupt ideologues create self inflicted paralysis by ratcheting up Islamophobic hoaxes, demonetization of anointed CIA puppets, and illegal war and brutal occupations of all Nations natural resources including ‘We the People assets, property, and labors. The manufactured distractions by Peter King [RNY] masks alibis, shadows Philo affinity devotion complexes, diversions, absolute control, and containment of oil reserves and further consolidates Middle Eastern North African oil and Afghanistan drug cartels to control future contract commodity prices that will add a a further extreme burden on the US economy and its citizenry.

American capitalism is a hoax perpetrated on the great mass of humanity by its ever unquenchable thirst for monopoly, cartels, rigged markets, deceptions and ultra parasitic bureaucratic banking welfare apparatus.   Masking compound misery by perpetrating the DOA  ‘magic of compound interest to riches’ hoax.

Definition of capitalism an economic system based on the private ownership of the means of production and distribution of goods, characterized by a free competitive market and motivation by profit.

The private cartel asymmetric dynamic that diverts free markets and motivation away from ‘We the People.’ Operating the military use of force under the barrel of a gun diplomacy. Simultaneously, distracting from the bowels of lower Manhattan’s parasites ‘Too big to Fail’ welfare crony alibis shadowing hubris, rigged markets, eternal  compound misery, and the perpetration of private monopoly cartels.

This asymmetric monopolistic crush of free markets, labor, property, and assets dynamic is now being enacted into laws throughout the U.S. to eliminate and eviscerate all safeguards and controls against rigged markets, free enterprise, monopoly, private cartels, future labor contracts, and pricing of commodities.  Example the retail price of a gallon of gasoline currently is 70% of $5.00gal.  Once the psychological impact of $5,00gal gas is reached then the retail cost will accelerate to $10.00gal upward quickly.  Confirming theft and confiscation of labor assets property by military force, political diversion, and the  programed ideological deceptions of Mr King outrageous devotion to a peculiar moot non US citizenry interest.  See disinformation spin here PR Watch.

Theft Confiscation of U.S.Citizenry Labor Under Misnomer “Entitlements” by Deceptions

Dr. Paul Graig Roberts outlines the following. “To put it bluntly, the $3 trillion cost of the Iraq war, as computed by Joseph Stiglitz and Linda Bilmes, is 20% of the size of the U.S. economy in 2010. In other words, the Iraq war alone cost Americans one-fifth of the year’s gross domestic product. Instead of investing the resources, which would have produced income and jobs growth and solvency for state and local governments, the US government wasted the equivalent of 20% of the production of the economy in 2010 in blowing up infrastructure and people in foreign lands. The US government spent a huge sum of money committing war crimes, while millions of Americans were thrown out of their jobs and foreclosed out of their homes.”  Posted by Global Research

Americans not worth a single breath intake to sustain life and should Drop Dead.

“As cities and states shutdown basic programs and sell off parks and lands due to a lack of money, Israel will ask the U.S. for $20 billion in additional military aid” Congress writes check immediately!”  “In the meantime, Americans continue to struggle financially as their leaders spend billions of dollars abroad. I believe in foreign aid but there has to be some logical limit when citizens are being told that their cities and states are near or at bankruptcy.”  Posted by Jonathan Turley.org

Destruction of Social Security and Medicare

An obvious manufactured distraction perpetrated on the US citizenry taxpayers, that us, you and me.  “Republicans have convinced a large percentage of voters that America is in trouble, not because it wastes 20% of the annual budget on wars of aggression and Homeland Security porn-scanners, but because of the poor and retirees.” Posted by Global Research.

Social security and medicare are paid by extracting taxes against labor over a populace’s lifetime to support the general well being of a nations indigenous peoples including their lifetime of labor, property, and assets.

The middle classes, poor peoples, unions, and especially the retirees pension funds are not some arbitrary gift owned by the government for future dispensing under the misnomer grand entitlements.   They are thefts of labor period and must be returned by Constitutional law to ‘We the People’ end of story.  So then Mr. King your deception if fully exposed to continue assaulting the American populace labors by forcing deceptive hate speech while controlling world commodity price for Israel.  US creates illusions on Libyan anti Gadhafy forces while eying future oil production for a ‘select exclusive interest group’ only ignoring liberty and democracy.  “Hillary meets Libyan rebel group.” Posted by FDL

Devoid of a dial tone to reality and absolutely disconnected to American spirit and ideals.  Mr. King and the Congress, Ali Ba Ba and the thieves, exposes itself once again hiding under a Philo affinity for a ‘select exclusive special interest group’  AIPAC.  Boycott AIPAC Meeting May 2011. Posted by cjme.org.

Notwithstanding, ignoring and dismissing the US Constitution Laws including America’s populace.   Committing crimes against ‘We the People,’  by diverting U.S. Treasury resources, wealth, spirit, and value of our Nation then directing  devotion and loyalty to other special interests.  Thereby, arriving at the solid conclusion that  Mr King colluding with U.S. Congress exposes personal corruption, self incrimination, self admission, by documented hearings, forums, and groveling to a peculiar devotion to other select exclusive special interests, the AIPAC  lobby and Israel.

AIPAC  “The Israeli Lobby owns the Congress, media, Hollywood, Wall Street, both political parties, and the White House. This kind of talk will get people fired by this lobby, as we have seen recently with White House correspondent Helen Thomas and CNN anchor Rick Sanchez.”

“However, many Americans are growing tired of the arrogance of the Israel Lobby and their bigoted attitudes toward anyone who challenges their influence-peddling and their ridiculous insistence that Israel must be supported because of some ancient fairy tales involving some tribes who wandered the deserts of the Middle East and saw and heard non-existent things because of sun stroke, drinking bad water, and smoking local hallucinogenic plants.” Wayne Madsen VT.