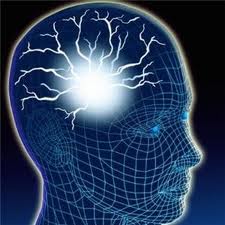 Cell biologists pondering the death of neurons – brain cells – said that by eliminating one ingredient from the cellular machinery, they prolonged the life of neurons stressed by a pesticide chemical. The finding identifies a potential therapeutic target to slow changes that lead to neurodegenerative disorders such as Parkinson’s and Alzheimer’s diseases.

The researchers, from The University of Texas Health Science Center San Antonio, found that neurons lacking a substance called caspase-2 were better able to withstand pesticide-induced damage to energy centers known as mitochondria.

Caspase-2 appears to be a master switch that can trigger either cell death or survival depending on the amount of cellular damage, the team found. Neurons that lacked caspase-2 showed an increase in protective activities, including the efficient breakdown of obsolete or used proteins. This process, called autophagy, delays cell death.

“This research shows, for the first time, that in the absence of caspase-2 neurons increase autophagy to survive,” said study co-author Marisa Lopez-Cruzan, Ph.D., investigator in the cellular and structural biology celldepartment at the Health Science Center.

“Identifying initiators in the cell death process is important for determining therapeutic approaches to provide the maximum protection of neurons during neurodegenerative conditions,” said senior author Brian Herman, Ph.D., vice president for research and professor of cellular and structural biology at the Health Science Center.

The team studied neurons from young adult mice. This was intended to model the early changes that take place in neurodegenerative diseases.

The research is in the March 11 issue of the Journal of Biological Chemistry.

Dr. Lopez-Cruzan, director of Dr. Herman’s laboratory, came up with the idea that caspase-2 protects cells from mitochondrial stress. Meenakshi Tiwari, Ph.D., postdoctoral fellow, expanded upon the initial work and is first author of the paper.