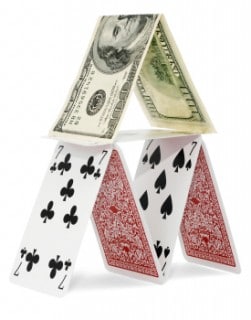 The brightest colors of the prism illuminating the spectrum of opposing viewpoints. The colors begin with the brightest of hope and idealism and move to the darkest drop dead black hole reality.  U.S. Imperial drop dead to the world apathy conspires with Zionist zealot self anointed reverse victims c.2500AD arrogance a ‘house of cards paradigm.’

The bright hues indicating commemoration of the untimely demise of Rachel Corrie. An true American hero. One of our very own numerous students, attempting to refrain Israeli’s from demolishing Palestinian homes. Murdered by rabid Israeli Zionist zealots.

Rabid and violent Zionist zealots encouraged by American bureaucratic apparatus shakedown of taxpayer, $20 billions yearly, blare their self aggrandizing viewpoint.   An asymmetric glossy viewpoint regarding opposition and resistance to destruction, mass murder, genocide, and 66 years of theft and confiscation of indigenous peoples centuries of labors, property and hard assets.

Glancing to the darker shades of the prisms colors we have one the blackest and bleak condolences in the annals of bereavement. Recited by Haifa University associate professor to the parents of Rachel Corrie begins….

“St. Pancake”…. Excerpt taken from Dr Lasha Darkmoon article and poem. “On 16 March 2003, this useful idiot went too far. For two hours, she kept interfering with the work of an Israeli bulldozer trying to demolish a Palestinian doctor’s home; a doctor with terrorist sympathies whose house had tunnels built under it, through which food, medical supplies and arms were being smuggled to give aid and sustenance to “filthy Arabs”—one million of whom, as we are reliably informed by respected rabbis, “are not worth a Jewish fingernail.” Posted by Occidental Observer.

No person, entity, individual, nation, government, religion, or forum “owns” Free Speech. No one person or populace is required to scholarly PhD excellence at, or study constitutional law to understand all inherent individuals rights to self dignity and humanity.

Therefore, Haifa University Zionist zealots document before the world citizenry their right to “Free Speech.” However, by their self anointed reverse victim complex c.2500AD.  These arrogant zealots dismiss, revoke, ignore, and eliminate the masses of global citizens inherent rights to humanity and self dignity to their respective  “Free Speech.”  Blatant revoking of 1st Amendment  US Constitution  “ADL Covers Up Crimes of Financial Elites” Posted by LA Examiner

As American 19th Century Gunboat diplomacy guards and protects the ‘select exclusive special interest group’ Zionist zealots in the Mediterranean Sea, Suez Canal, and the South Pacific Seas.  The strategy and tactics of the  7th fleet gets blindsided by its very own self inflicted Imperial, drop dead to the world, arrogance.

A blind and flawed strategy chasing after the Japanese Navy.  The Japanese Navy surrendered 66 years ago.  Hello!!!!!!! To all the Ships at sea out there!!!! Anyone heard of “wifi.”  Japan has just suffered more than 10,000 casualties, what is the purpose of an offensive outdated aircraft carrier fleet? No Indignity Too Great

Notwithstanding, the perpetration documented and self admitted murder of  U.S. citizens on International High Seas. “We can Kill Anyone, Anywhere, No Reason Needed, We are Terrorists” Gordon Duff Veterans Today.   Killing, maiming, spitting on all American goyim that choose to defend “Free Speech” and human self dignity by demonstrating opposing viewpoints and non violent opposition.  “Courage to Resist” Dr Lasha Darkmoon.

Thereby, confirming the ongoing humiliation of  the US Constitution and Articles Bill of Rights, and Americas populace by a bureaucratic Philo affinity and the over representation of a ‘select exclusive special interest group.’ see “Israeli War Crimes from USS Liberty to Humanitarian Flotilla” by Dr. James Petras Veterans Today.

The USA in the last 66 years has gone from the greatest creditor nation to the greatest debitor nation in recorded history.  An apathetic U.S. bleak prism that perpetuates and colors the world with its all “OK” and to Drop Dead ‘house of cards’ ideology.