“We preferred not to publish anything about Israel in the first week of the “Wikileaks” publications because this would have caused considerable problems – stated Julian Assange, the owner of the popular leaks website, in an interview with the French newspaper “AgoraVox” which is published in the area of the City of Strasburg.

In an interview that took place several weeks ago but whose contents were only published yesterday (Wednesday) he refers relatively extensively to the Israeli subject. “We put out files from other countries at the beginning”, said Assange, “at the time we did not have in our possession many files about Israel and we were also scared of an attack on us from the East Coast of the United States”. 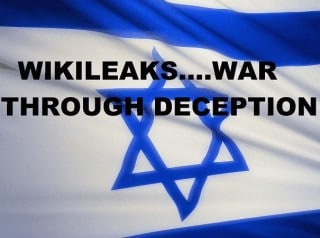 It would appear that Assange was referring to an attack that would be made on him by the American Jewish Organizations, most of whom are located in New York and Washington. “If we had specifically chosen to start “Wikileaks” publications with information about States that are considered to be sensitive, we would have already found ourselves under attack which would have diverted us from our course”, he stated.

Assange was asked in that interview whether he had anything to fear from the State of Israel and answered “definitely”, explaining that he was concerned about the strong links between Jerusalem and Washington. “The connection between the two countries is what frightens me” he admitted. “Moreover, they had identical interests during the period of the war in Iraq and Bush was surrounded by colleagues who managed oil companies”.

“Israel has deep rooted connections on the East Coast of the USA, and not just because of the presence of a high number of Jews there, but also because the Jews of the East Coast have obtained Israeli passports in order to strengthen the connection with their homeland”, claimed Assange.