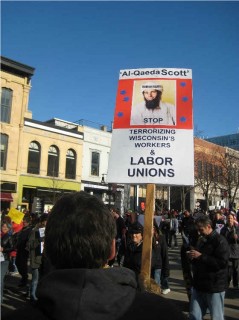 Back in February, I wrote an op-ed entitled “Wisconsin Governor admits to plotting false-flag terror; media averts eyes.” By normally-accepted standards of quality — freshness, communicative effectiveness, importance of content, ability to grab the reader’s attention, and so on — it was at least as good as anything published on any editorial page in Wisconsin this year. Yet (surprise, surprise) no local print outlet would publish it.

In my February op-ed, I explained that: “False-flag terror is the oldest and arguably most powerful trick in the book of governments. By stirring up trouble and spreading fear, rulers trick the people into begging them – the rulers – for security at any price. Whether you are a state governor or the President of the United States or a tinpot dictator like Mubarak, the best way to augment your power is to hire special ops professionals to dress up as ‘terrorists’ and perpetrate violence. You can then blame the violence on your political enemies, destroy those enemies, consolidate power, and rule unopposed.”

As it turns out, this is exactly what Indiana prosecutor and Republican activist Carlos Lam urged Wisconsin governor Scott Walker to do! As Raw Story reported Thursday:

An Indiana prosecutor and Republican activist has resigned after emails show he suggested Wisconsin Governor Scott Walker stage a fake attack on himself to discredit unions protesting his budget repair bill.

The Republican governor signed a bill on March 11 that eliminates most union rights for public employees.

The Wisconsin Center for Investigative Journalism discovered the email among tens of thousands released to the public last week following a lawsuit by the Isthmus and the Associated Press.

“If you could employ an associate who pretends to be sympathetic to the unions’ cause to physically attack you (or even use a firearm against you), you could discredit the unions,” Lam said in his email.

“Currently, the media is painting the union protest as a democratic uprising and failing to mention the role of the DNC and umbrella union organizations in the protest,” he continued. “Employing a false flag operation would assist in undercutting any support that the media may be creating in favor of the unions.” (full story: Indiana Prosecutor told Wisconsin Governor to stage false flag operation)

When will the media wake up and inform the people that false-flag terror is not only extremely common, but arguably THE most powerful tool of unscrupulous rulers? That the minute a neocon Republican gets in trouble, he thinks about calling in the special ops pros for a false-flag?

I’ll tell you when: They’ll do it when they’re finally forced to admit that, as Geraldo put it, those “obnoxious” 9/11 truthers were right all along.

And when that happens, would it be obnoxious, or only fair, to say “I told you so”?  And to add “if you had listened then, millions of murdered people would still be alive” ? 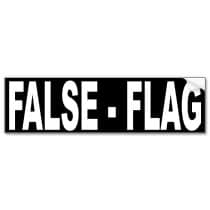 Forget the claims and allegations that false flag terror – governments attacking people and then blaming others in order to create animosity towards those blamed – has been used throughout history.

This essay will solely discuss government admissions to the use of false flag terror.

There are many other instances of false flag attacks used throughout history proven by the historical evidence. See this, this and this. The above are only some examples of governments admitting to using false flag terror.

You can’t call it a conspiracy theory when the government itself admits it.

And this is not just ancient history:

Note: While the Joint Chiefs of Staff pushed for Operation Northwoods to be carried out, cooler heads prevailed; President Kennedy or his Secretary of Defense Robert McNamara apparently vetoed the plan.