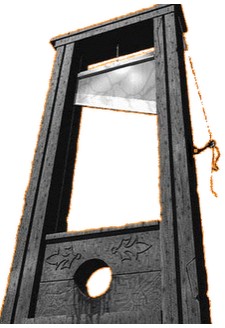 A plot is currently in motion to overthrow the government of the United States.  It has already begun and has moved forward in Michigan, Ohio and Wisconsin but more states are waiting to act.  Shooting incidents and bombings are planned and some may already have been carried out.  A major false flag terror attack on the United States is expected, followed by states openly defying the federal government, suspending the constitution and declaring a joint “state of emergency.”

Those involved are told 5 Supreme Court justices will back them up, paralyzing the United States.

Michigan has already suspended most constitutional guarantees already and plans are in motion to enact martial law.  Police departments will be “defunded,” union contracts illegally dissolved and police powers will pass to mercenary groups derived from Blackwater International.

Schools are being closed in some cities, classrooms being overloaded with students stacked like “cordwood” in others.  Universities are facing cutbacks while curriculums face politically inspired gutting.

Those who used to fear increasing taxes, always death to a reelection campaign are now taxing the middle class to death.  There will be no more elections, not real ones anyway.  In Michigan, in fact, plans are moving forward to dissolve dozens of local governments.  They are being replaced by “political consultants” who will be above any court or recall authority.  This law has already been written and it says exactly this.

On a federal level, a terror attack of such magnitude is in the works as to force a full scale invasion of Iran, something currently beyond the military capabilities of the United States.  America will be left in such a weakened state that a “dark horse” candidate, certainly not one of the gang of political failures waiting in the wings for 2012, will be “placed” into the presidency as in 2000, approved by the Supreme Court.

The name “Petraeus” is being bandied about but there are others.

Emergency decrees are currently being enacted or planned in a dozen states which will suspend elections.The perpetrators?   A cabal of international corporations and financial institutions have formed a ruling council that will replace the current government.

George W Bush left the United States economically destroyed, its infrastructure crumbling and its reputation a shambles.  Rule of law had failed at home, draconian laws subverted the rights of every American.  Our standard of living plunged, home values are still in free fall and most American families have no net worth whatsoever with the majority of middle class families who once had equity in homes are now in debt.

Most American pension plans are insolvent and almost all state and municipal governments are facing having their credit rating lowered enough for their bonds to be rated as “junk.”

Moves have already been made to push many state and city governments into insolvency.  The books are being “cooked” and revenues are being slashed while funds for vital services are being rerouted and held up.  If an insurrection doesn’t begin with the failure of basic services, plans are there to create one.  Martial law will follow.  Groups are moving, “policy formulation advisors,” from state to state, pre-staging “emergencies” through sabotage of government functions.

This wasn’t an accident, it took years of careful planning.

Two moves in particular made what is coming up possible.

The intended result of these acts is the destruction of the United States and its people.

We might ask why but there is no way to find anyone who is accountable other than those who serve the foreign masters.

We are not going to be able to vote our way out of this.  That right disappeared a long time ago.

Tens of thousands of Americans are protesting now.  It won’t be enough, not until all of us take the first step of calling for a national strike.

Rule of law and the constitution need to be restored, but not by the pack of criminals who wormed their way into office with drug money and promises of constitutional reform.

There is a legal basis to impeach Justice Clarence Thomas immediately.  That will afford the American people some immediate basic protections of their freedoms.  Other justices are, we believe, equally corrupt.

The moves against the people of Michigan, Ohio, Wisconsin, Indiana, Florida and other states has to end.  There is no question of the severity of this or how illegal and unconstitutional.

It is time to abandon “left” and “right” and go American only, people, not corporations.

The mass of security bureaucracies created over the past decade have to be dismembered and the network of data collection through our cell phones, computers, cars, credit card tracking, healthcare information and more has to end.