Home Veterans Some veterans fear their service is more of a liability than an...

This is wrong on so many levels, it really is hard to know where to start. Let’s start with the National Guards and Reservists. For them, being without jobs as this article suggests, because of fear they will be redeployed, shows the ignorance of employers. They are missing hiring people they already depend on. National Guards and Reservists show up every time there is a disaster right in their own community. Doesn’t matter what time of the day it is, how tired they are, what else they have going on in their own lives, or even if their own home has been destroyed. They show up to take care of others. Team work? Do you know anyone else so able to set everything else aside, they have risked their lives with other members of their team in combat? Following orders? Do you know anyone else able to follow orders to the point where they could be ordered to do something that could very well kill them? These men and women are good enough to depend on when an emergency calls them to action but not good enough to hire so they can pay their bills and be able to stay in the communities.

For other veterans of Iraq and Afghanistan, along with the citizen soldiers, coming home to join others in their age group should make them more attractive to employers for the above reasons and beyond. We complain that most young people are too self-absorbed and detached. They lack discipline and are disrespectful. Face it. They show up late for work, for classes, turn in assignments late and whine when they “don’t feel good” so they call in sick and make other people pick up the duties they are not doing. They cannot communicate unless they have a cell phone in their hands and can text what they want to say. Don’t even ask them to compose a letter because you’ll end up with a bunch of text code instead of real words.

Veterans on the other hand have proven they are not self-absorbed. They spent a year, or more, without being able to call in sick no matter how sick they really were because people were counting on them to be there. Their lives depended on it. They showed up on time. They are respectful. They are disciplined. They also know how to think fast on their feet. They do not crack under pressure. They do not walk away from something just because it is hard to do. For all the qualities they bring to the job, there is one more, no other employee can honestly say they know what it is like to be willing to die for someone else, unless they are members of law enforcement or emergency responders.

What’s the worst that can happen if they are hired? Nothing more than hiring any other employee. No one knows what someone else is like until they are hired and have spent enough time on the job to have proven themselves. Every new hire comes with the same set of risks. Will they show up on time? Do their jobs? Be all they say they are during the interview? Will they get along with other employees? No HR director knows anything about anyone they hire but they decide to take a chance.

The excuse of the possibility of them being redeployed is nothing more than an excuse. Hire any woman in her 20’s or 30’s and there is the possibility of her getting pregnant and needing maternity leave. Do they avoid hiring her because she may need some time off to have a baby?

For all the excuses HR directors can come up with to not hire a veteran, there are more reasons to hire them once they understand how tested these men and women really are.

The employment situation is even worse for Reserve and National Guardsmen, whose jobless rate was 14 percent in July 2010.

Veterans’ Struggle: A Recovery That’s Leaving Them Behind 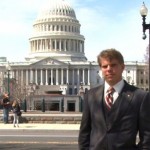 Posted by Adam Sorensen Friday, April 1, 2011
By Natasha Del Toro
March’s jobless numbers, released Friday, offer some hope of a rebound in the labor market, but things aren’t so easy for Iraq and Afghanistan-era war veterans.

According to the Department of Labor statistics, the unemployment rate for those returning soldiers in 2010 was 11.5%, compared to 9.7% for non-vets. And while the overall metrics are improving, veterans’ plight is actually getting worse. So far this year, their jobless rate climbed to 15.2 percent in January and 12.5 percent in February.

That’s why two dozen veterans from the across the country stormed Capitol Hill this week to meet with members of Congress. Their mission: to lower the unemployment rate by the end of the year by pushing a jobs bills package targeted specifically at veterans.

It’s part of a campaign by the Iraq and Afghanistan Veterans of America (IAVA), a non-profit organization that advocates for veterans’ issues. “If you want to support the troops, support veterans, hire them,” said Paul Rieckhoff, IAVA’s founder and executive director.

The legislative package includes job training and transition assistance for vets, tax credits for employers that hire vets and a comprehensive study of how military skills translate into civilian jobs.
read more here
A Recovery That’s Leaving Them Behind

Here is a great report on what they are going through when they come home.
From PBS
Returning Vets Face a New Battle