Home World LIBYA: Is it the rebels or the Washington Post that is struggling... 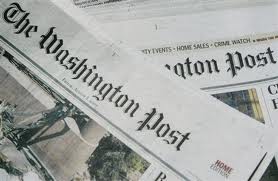 Is it the rebels or the Washington Post that is struggling to explain the rift in leadership? The rebel leaders have been speaking out for some time, but Washington isn’t listening. For example:

Hafiz Ghoga, a spokesman for the protesters’ new National Libyan Council, insisted that calls for foreign intervention were entirely unwelcome, adding that the protesters have taken most of the nation and “the rest of Libya will be liberated by the people.”

LIBYA’S rebels have thanked France for its role in the Western-led military blitz against the Gaddafi regime but said “outside forces” could now leave the country. . . . rebel leader Mahmoud Jibril . . . said: “We do not want outside forces. We won’t need them. We will win the first battle thanks to you. We will win the next battle through our own means.”

Most likely, the rebel leaders do not want Colonel Haftar (aka Hifter) — who was the leader of the Libyan National Army, a group of counter-revolutionaries supported and trained by the U.S. and operating in Libya, resettled in Virginia, USA about 15 years ago — now a CIA asset, to lead.