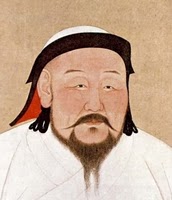 Manhunt Over James Allan Khan Found in the Bowels of D.C. Empire Under A Rock

Mr. Lawson’s article of suspicious and controversial activity by James Allen Kahn is now put to rest. The fictitious James Allen Kahn is an emotional ejaculation by a reverse victim anomaly to deflect from the bowels of 19th and 20th Century flawed US Empire. Repeating deceptive historical and documented factual events by baiting controversy and false censorship.  Thereby, resulting in a typical and worn reverse victim ‘Hate Speech’ anomaly.

Baiting Controversy of Historical Factual Events
“According to Youtube, something named “James Allan Khan” with no given address or support, has claimed that Anthony Lawson has violated his “copyright” in a video on the highly controversial issues of Holocaust history. We are deeply suspicious of Google, owner of Youtube. Will “James Allan Khan” or anyone knowing of this person, if they exist and who they are, contact us.” Article Posted by Veterans Today.
Well Mr. Lawson, no surprise here, the fictitious name of James Allen Kahn is an old turn of the 20th Century diversion from Google $billions business syndicate crafted by Vladmir Lenin. Taken right out of his Wall Street funded playbook of the Bolshevik revolution of Czarist Christian Russia A highly diversionary business model that repeats verbatim the Bolshevik mantra versus the laws of the Nation as outlined in the 1st Amendment to the US Constitution.
http://www.youtube.com/watch?v=sieMkGRcxuU&feature=player_embedded
No One “Owns” Free Speech
No entity, business, individual, religion, nation, or forum “owns” a monopoly syndicate or cartel on Free Speech. Conversely, the Bolshevik syndicate of October 1917 parrots: “All over the world, wherever there are capitalists, freedom of the press means freedom to buy up newspapers, to buy writers, to bribe, buy and fake “public opinion” for the benefit of the bourgeoisie.” -Vladmir Lenin.
Analogous turn of the Century inspiration and failed miserable Wall Street criminal leadership repeated by 21st Century ideologues colluding with the zenith of controlled markets syndicates and cartels..  Google attempts at shadowing ownership of Free Speech and harboring a communication syndicate by employing ‘old school’ phony “copyright violation” hoax.
Distorting Suppressing Free Speech
Subsequently, by dismissing and circumventing Mr. Lawson’s effective research and video titled ” Could Germany Have Been So Stupid” Google/Lenin playbook hoax distracts and suppresses from “No entity “owns”Free Speech.”  Miserable flawed Wall Street parasites exposes and repeats anachronistic broken down criminal violations of self admitted and documented syndicates, cartels, and monopoly of flawed US rigged political, bureaucratic, financial, and economic systems. Existing legislation and laws against criminal syndicalism can also be prosecuted according to Corpus Juris Secundum 46, Insurrection and Sedition : sec. 461 c. “Sabotage and syndicalism aiming to abolish the present political and social system, including direct action or sabotage.” Thus any program of a foundation which seeks to abolish the present political or social system of the United States can be prosecuted. Of course every foundation program seeks to accomplish just that, and is indictable. Read Corpus Juris Secundum 22, Criminal Law 185 (10); Conspiracy and Monopolies.
Masking Shadowing Hoaxes Under the First Amendment Free Speech
The claim of alleged violations against copyright infringement is excerised under the First Amendment by distorting suppressing and ridiculing of documented historical facts and events.  Notwithstanding, this is a repeat of the Wall Street/Bolshevik/Lenin bureaucratic playbook on syndicated revolution from the top down. False accusations are included by baiting and trapping individuals who dare to confront these outrageous deceptions, and diversions of recorded and documented historical events and factual evidence.
21st Century Flawed Miserable Broken Empire
There is no dispute or argument in the second decade of the 21 st Century America projects the failures and flaws of the 19th and 20th Century by an accelerated dismissal of recorded history. A once great and proud nation that cannot seem to get by from one day to the next without self imposed foreign and domestic crises.  The essence of criminal empire.   “Last week the Obama administration took the United States to war against Libya without bothering to notify Congress, much less obtain a constitutionally mandated declaration of war. In the midst of our severe economic downturn, this misadventure has already cost us hundreds of millions of dollars, and we can be sure the final price tag will be several times higher.” “An Administration Out of Control.” Posted by Institute for Historical Review
Repeating the miserable death and destruction of 19th and 20th Century humanity by paranoid emotional ejaculations and self destruction. The continuation of illegal syndication, cartels, monopolies and wars are ratcheting up the irradiation of the entire planet with radioactivity toxins and poisons. “All levels of radiation is known to cause cancer. No amount of radiation is Safe” Posted by nirs.org. The dysfunctional methodology is blindsiding all rational reality of the great impending consequences. They are going to need more than the fictional phony alibi a/k/a James Allan Kahn to get through the 21st Century.
Source: