Home Government Will This Be The USA in 2012? 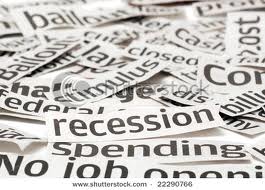 The economic condition of the country continues to decline toward its rendezvous with an, as yet, unknowable catastrophe. Here is… a look (not a prediction) at a series of not improbable events that could develop [and which] would change our economic world overnight. Words: 1550

So says Monty Pelerin (pseudonym) at www.EconomicNoise.com in an article* reformatted and edited […] below by Lorimer Wilson, editor of www.munKNEE.com, for the sake of clarity and brevity to ensure a fast and easy read. Please note that this paragraph must be included in any article reposting to avoid copyright infringement. Pelerin goes on to say:

A Possible Economic Apocalypse Outlook For 2012

The country has officially been in  economic recession since the end of 2010. Many believe that it never recovered from what began in 2008. The word depression is now commonplace. Trust in Congress has fallen to single digits. Similarly, government reports and statistics are increasingly mocked by the public. The media is likened to Pravda because only government-speak is allowed. Distrust, despair and fear are everywhere.

It is against the above economic backdrop that the President of the United States Joe Biden (in office for six months after former President Obama resigned “to spend more time with his family”) appears, along with Treasury Secretary Chris Dodd and Fed Chairman Barney Frank, and issues the following short, terse message:

The Federal Government, as a result of our national economic emergency, will be recalling all U.S. dollars effective immediately.  All will be replaced with new currency known as the JohnLawDollar. Each old dollar will be exchanged for three JohnLawDollars. Amounts in checking accounts and savings accounts will automatically convert by tomorrow at 10 AM. Currency in circulation must be taken to a bank and converted within the next 48 hours. Dollars in foreign countries will have 72 hours to convert. All old dollars will be unredeemable and no longer legal tender after the deadlines. All contractual obligations will be honored in JohnLawDollars.

This action is necessary in order to revive our economy from a downturn nearly as severe as the Great Depression. Your new dollars are triple what your old dollars were. With your larger amount of money, we encourage you to go out and buy stuff, lots of it. Your cooperation will revive the economy.

To read more of this article please go here.