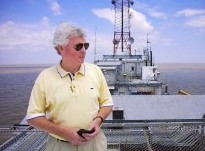 December 31, 2010 – a former Pentagon official and presidential aide and a defense consultant and expert on chemical and biological weapons – was beaten to death in an assault, body was discovered in a Wilmington landfill

November 15, 2010 – age 33, worked in the USF Center for Biological Defense and Global Health Infectious Disease Research – Found dead in an apparent suicide by cyanide at a Temple Terrace hotel. She leaves behind a husband and a young child.

November, 2010 – MIA Status, of Lakeland, FL – Swan expert who “ran into legal trouble over an expired prescription license has closed his practice” — Was investigating unexplained bird deaths near Sarasota abruptly and immediately closed his practice, and apparently his investigation into the deaths of swans in Sarasota, suspected to have been impacted by the BP Oil Disaster. No one has heard or spoken with him since. Watch this news report covering his investigation before his disappearance: All Kinds of sea birds Paralyzed and Dead around Sarasota

October 6, 2010 – age 66, was hit by a truck as he passed through Panama City, Florida. Mr. Grooters had been knocked down and killed close to the end of a 3,200-mile trans-America charity ride to raise awareness about the Gulf Coast oil disaster. He began his cross-country bike ride in Oceanside, California, on September 10th. Grooters’s family and friends will cycle the final stretch of the journey from the Pacific to the Atlantic in his honour, raising cash to support Gulf Coast families. Read more: Cyclist Roger Grooters, 66, Killed by a truck on Gulf of Mexico oil spill charity ride.

August 9, 2010 – Senator Ted Stevens of Alaska, 86, the longest-serving Republican senator in history, was among nine people on board when the 1957 DeHavilland DHC-3 Otter, crashed into a brush- and rock-covered mountainside Monday afternoon about 17 miles north of the southwest Alaska fishing town of Dillingham, federal officials said. Stevens was the recipient of a whistleblower’s communication relative to the BP Oil Disaster blow-out preventer, and a conspiracy of secrecy to hide the facts from the public.( Sen. Ted Stevens Killed In Plane Crash (He Got A Million From BP And Knew Blow Out Preventer Was A Problem. Was He Whacked?)

“You and your fellow Committee members may wish to require BP to explain what action was ultimately instituted to cease the practice of falsifying BOP tests at BP Prudhoe drilling rigs. It was a cost saving but dangerous practice, again endangering the BP workforce, until I exposed it to Senator Ted Stevens, the EPA, and the Alaska Oil and Gas Conservation Commission.” The cause of the crash is still an OPEN investigation by the NTSB (NTSB RELEASES FACTUAL INFORMATION REGARDING 2010 PLANE CRASH INVOLVING FORMER SENATOR STEVENS)

August 13, 2010 – age 67 – Simmons’ body was found Sunday night in his hot tub, investigators said. An autopsy by the state medical examiner’s office concluded Monday that he died from accidental drowning with heart disease as a contributing factor – “It was painful as can be” to be only insider willing to speak out against the “officials” during the BP Oil Disaster in the Gulf of Mexico

April 6, 2010 – age 46 – cell biologist and college professor, a near-native Floridian who chose to return to South Florida after studying at elite universities – was fatally shot during what police say was a home invasion robbery.